Friday night’s Mega Millions jackpot was a staggering $1.28 billion after nobody won the $810 million up for grabs in Tuesday night’s draw.

This is the third largest lottery jackpot in US history, with one person winning $1.586 billion in the Powerball in January 2016 and another taking home $1.53 billion in the Mega Millions in October 2018.

It’s the 30th draw in this jackpot run which began on April 19th and the second biggest Mega Millions jackpot ever, as well as just the third time it’s ever topped $1 billion.

Millions of tickets for the American lottery game, which has been running for two decades, were sold last night – but has anybody won?

Well, there are no official reports from the Mega Millions as the time of writing this, but there are rumours that someone in Illinois has won the jackpot…

RUMOURS THAT WINNING TICKET WAS SOLD IN ILLINOIS

According to Illinois’ official lottery site, which lists all lottery winners in the state, a winning ticket was sold in Illinois.

The site claims that one lucky person matched all five numbers and the Mega Ball and will take home the $1.28 billion jackpot.

However, Illinois Lottery doesn’t specify whether the ticket has actually been claimed or was simply bought by a resident in Illinois.

It’s possible that if the reports are true, the winner hasn’t actually checked the numbers and claimed their ticket yet.

If the Illinois site is wrong and no winning ticket was sold, the jackpot will rollover once more and could become the biggest jackpot in Mega Millions history.

Until the Mega Millions releases an official report, there is no confirmation that the rumoured winner in Illinois is real. If you match all of them, you win the huge $1.28 million jackpot. However, smaller prizes can be won for other matches.

The stakes get a little higher when you match three numbers and a Mega Ball which is $200 and four numbers is $500.

However, you don’t start winning the big bucks until you get four numbers and a Mega Ball which is $10,000 or five numbers which is $1 million.

As you can see, there’s loads of ways to win – so make sure you check your numbers one more time to see if you’ve got any money to take home! 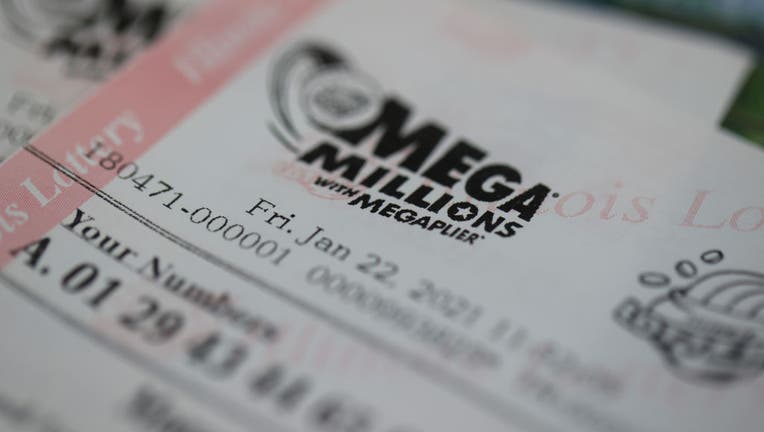 The potential winner in Illinois can choose from two different ways to receive their money.

You can take the jackpot in one lump-sum payment that is equal to all the cash in the Mega Millions jackpot prize pool if you want to.

In this case, the estimated total cash you would take home from the $1.28 billion jackpot is a whopping $747.2 million, but after taxes this will be significantly less.

However, you can also choose the annuity option which means the jackpot is paid in one immediate payment followed by 29 annual payments over 30 years.

Each payment is 5% bigger than the previous one and Mega Millions believes this “helps protect winners’ lifestyle and purchasing power in periods of inflation”.

Everyone was hoping they would win the third-largest lottery jackpot in US history and are really jealous that someone in Illinois could be a multi-millionaire.

Someone in Illinois won the #MegaMillions and it wasn’t me. My time here is OVER

$1.28B Mega Millions Jackpot: Here’s What to Do If You Win the Second-Highest Game Prize in History

The prize is the second-highest in Mega Millions history

Someone could be in for a hefty pay day soon.

The Mega Millions jackpot has amassed to an estimated $1.28 billion, and players can try their luck at scoring the big bucks at the next drawing, which is set to take place at 10 p.m. Friday.

The Mega Millions, one of two major lottery games in the United States, allows players in 45 different states and several other U.S. territories to get a chance at large jackpots, and this week’s game is no exception, ranking as the third-highest prize to be ever awarded in U.S. history if a lucky winner matches the numbers in the game.

If you manage to beat the 1-in-303 million odds and have the winning ticket, here’s what you should do:

Make Sure You Have the Winning Numbers

Mega Millions players can either have five numbers randomly generated for them, or they can pick their own five numbers between 1-and-70, as well as a sixth number, a “Mega Ball.”

The player who matches all five of their numbers and the “Mega Ball” would walk away with the jackpot in the drawing.

Be sure to check if all the numbers on your ticket match the drawing. To view the winning numbers, click here. Also, sign the back of your ticket to prove it’s yours.

Speak to an Illinois Lottery Representative

Decide if You Want to Remain Anonymous

The Illinois Lottery allows winners to request anonymity if the prize is greater than $250,000, which certainly applies in this case.

You may request to keep your name and municipality of residence confidential at the time of claiming your prize.

The Mega Millions jackpot winner will have the choice of a picking a cash option or an annual payout.

With the cash option, a one-time, lump-sum payment that is equal to all the cash in the Mega Millions jackpot prize pool will be awarded to the winner. This time around, the cash option is $747.2 million dollars.

The annuity option entails an initial annual payment followed by 29 annual payments. Each payment will be 5% larger than the previous one.

ATLANTA – The Mega Millions jackpot has grown to an estimated $660 million ahead of Friday night’s drawing, a prize that is now the third largest in the game’s history.

Following Tuesday’s drawing, in which no one matched all six numbers to win big, the Mega Millions prize continued to climb — and now has a $376.9 million cash option, too.

Only two billion-dollar jackpots have ever been higher: $1.537 billion won in South Carolina in October 2018, and $1.050 billion won in Michigan in January 2021, lottery officials said.

Tuesday night’s numbers, which were 2, 31, 32, 37, and 70, plus the gold Mega Ball 25, did bring some second and third prize winners. Four tickets sold in Arizona, California, New Hampshire, and North Carolina matched the five white balls to win the Mega Millions second prize of $1 million.

What are the odds you win the lottery? You’re more likely to be struck by lightning.

Fifty-two tickets matched four white balls plus the Mega Ball to win the game’s third prize of $10,000 for each winner. Officials said 11 of those tickets were actually worth $30,000 each because they also included the optional Megaplier — a $1 extra purchase available in most states — which was 3X on Tuesday night.

Four Mega Millions jackpots have been won to date in 2022, lottery officials said.

How to play, odds of winning the Mega Millions jackpot

Mega Millions tickets cost $2 per play. Players win the jackpot by matching all six numbers in a drawing. If no one wins the jackpot, the money is added to the jackpot for the next drawing.

For those lucky enough to become a Mega Millions jackpot winner, they get the choice of a cash option or an annual payout. The annuity option means getting an initial payment followed by 29 annual payments, and each payment is 5% larger than the previous one. For those that select the cash option, they receive a one-time, lump-sum payment that is equal to all the cash in the Mega Millions jackpot prize pool after taxes.

The odds of winning the Mega Millions jackpot prize is roughly 1 in 302,575,350, lottery officials said. But a player’s overall chance of winning any prize is 1 in 24.