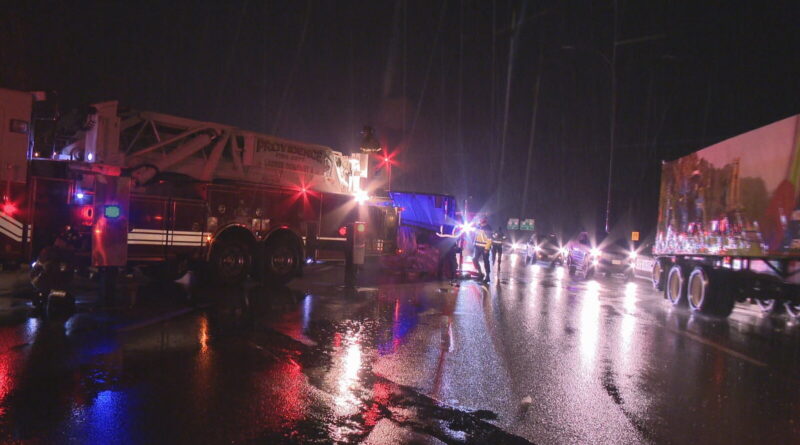 CRANSTON, R.I. (WPRI) — One person was killed and another was injured in a crash that’s tied up traffic on I-95 North.

The crash happened just before 1 a.m. Friday at Exit 33, near the border of Cranston and Providence. It involved a car and a tractor-trailer, the cab of which was left hanging off the side of the highway. 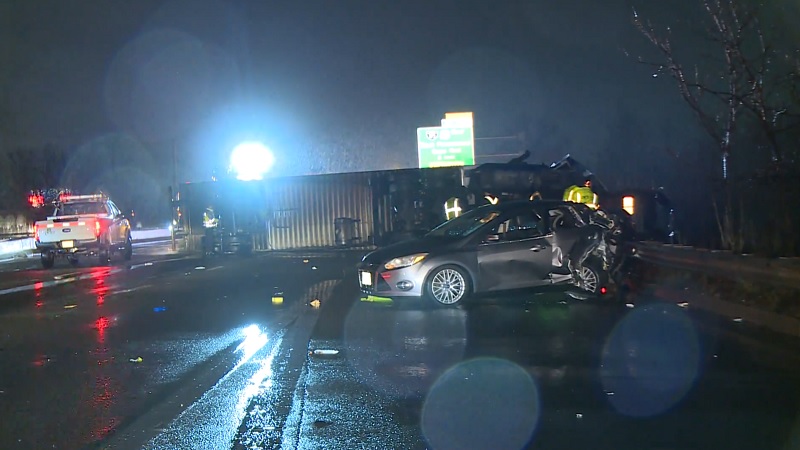 All lanes of I-95 North are currently closed as crews work to move the truck. A crane has been brought in to lift it off the guardrail. Traffic is being detoured on to Route 10.Rhode Island State Police confirm one of the drivers has died, but did not specify from which vehicle. The other driver was taken to Rhode Island Hospital with serious, but not life-threatening injuries.

Police say it will take some time to get the tractor-trailer removed, so drivers should avoid the area if possible.

The cause of the crash is under investigation.

Delays are growing on 95 North due to highway closure starting at Exit 33A/B in Cranston. @wpri12 pic.twitter.com/B0VbYyVpU2

Drivers throughout the area should use caution as a windswept rain moves through. Gusts up to 50 mph are possible closer to the coast, which could cause isolated wind damage and power outages.

It’s unclear at this time if the weather was a factor in the I-95 crash, but state police told 12 News they’ve responded to several crashes since 8 p.m. Thursday.

The MBTA tweeted that all “Providence Line trains will originate/terminate at Providence station until further notice due to police activity.” This may be due to the crash since the tracks run under that portion of the highway. The MBTA said shuttle buses will be available for passengers between Wickford Junction and Providence.

⚠️ All Providence Line trains will originate/terminate at Providence station until further notice due to police activity. Passengers between Wickford Junction & Providence will be accommodated by a shuttle bus. Individual alerts will be provided. 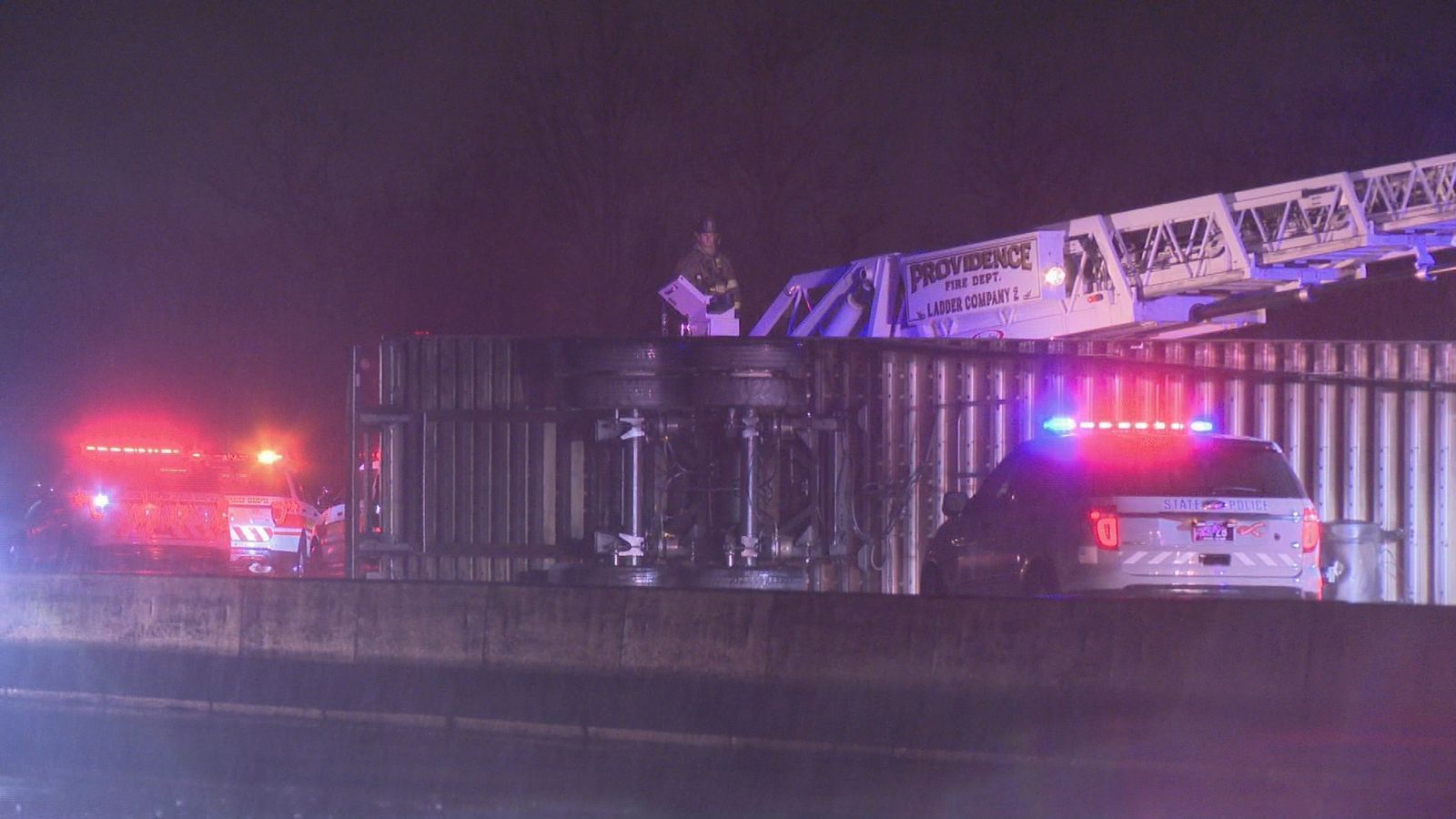 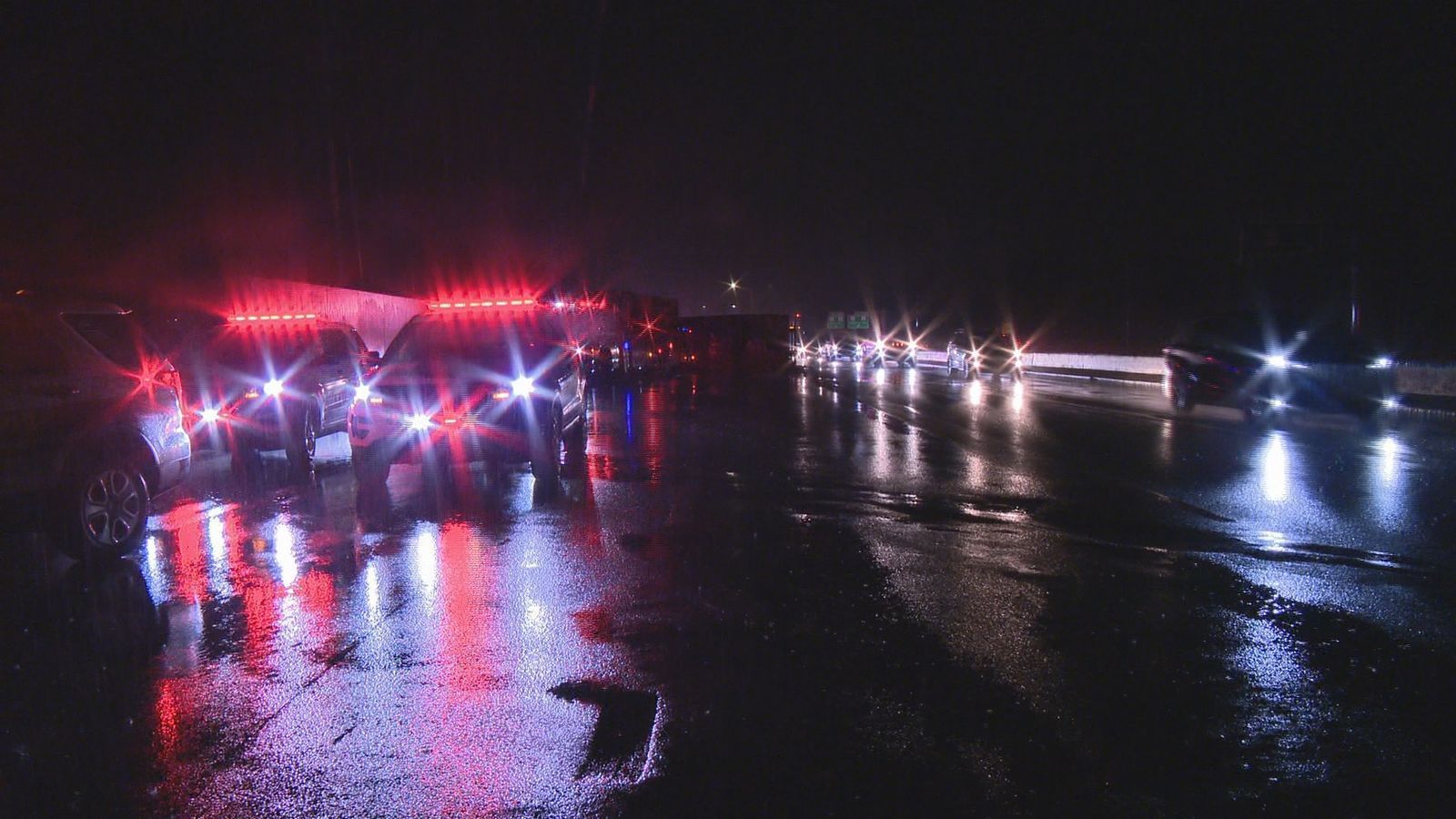