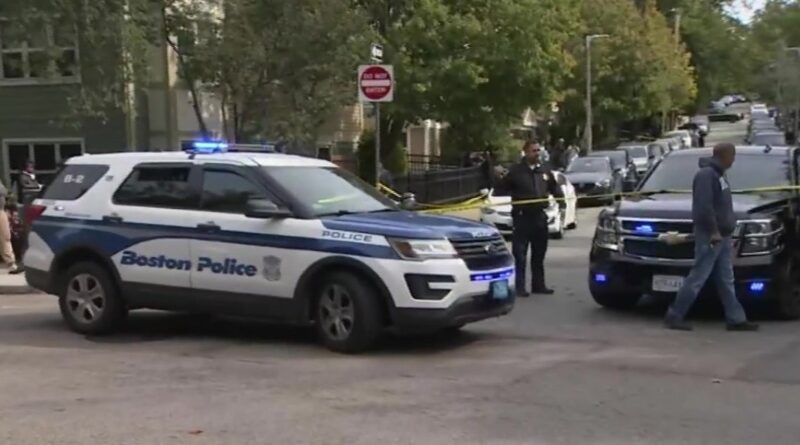 BOSTON — One of the two juvenile males who were shot in Boston’s Roxbury neighborhood Monday afternoon has died of their injuries, according to Boston police Commissioner Michael Cox.Cox told NewsCenter 5’s Peter Eliopoulos that the victim who died was a 14-year-old boy, but did not identify him.

According to Boston police, the shooting happened at 12:18 p.m. in the area of 2990 Washington St.

Boston police said there were two juvenile shooting victims. One victim was found with multiple gunshot wounds behind a building on Washington Street. The other victim was found in an apartment on nearby Cobden Street.

From Sky5, investigators could be seen roping off a large area of Washington and Cobden streets with yellow tape. An officer with a K9 was also canvassing the street.

Investigators were also seen placing evidence markers around a playground in the neighborhood. Three scooters were taken from the scene on a flatbed.

Both juveniles were taken to an area hospital. The surviving victim, who has not been identified, suffered non-life-threatening injuries.

“Too many guns on our streets. This is another shooting in broad daylight, on a holiday,” said Suffolk County District Attorney Kevin Hayden. “Our concern around these daytime incidents shootings has to continue to be our emphasis and our concern.”

Police said no one was in custody in connection with the shooting.