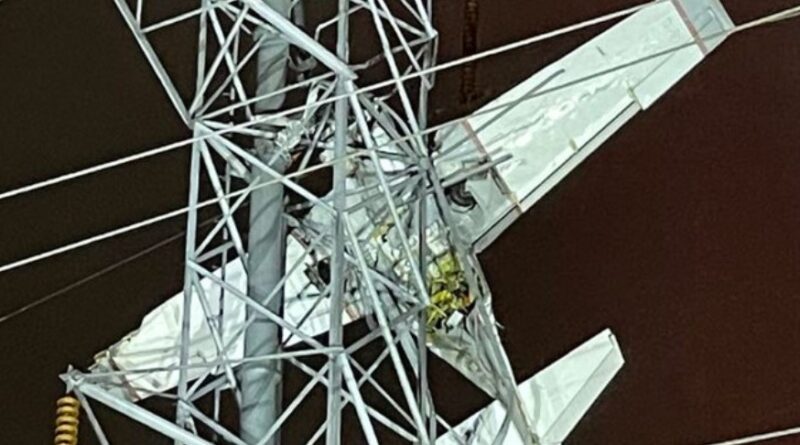 GAITHERSBURG, Md. (7News) — A pilot and passenger are stuck in a small plane after it crashed into a Pepco tower and power lines Sunday evening near Montgomery County Airpark in Gaithersburg, Maryland. 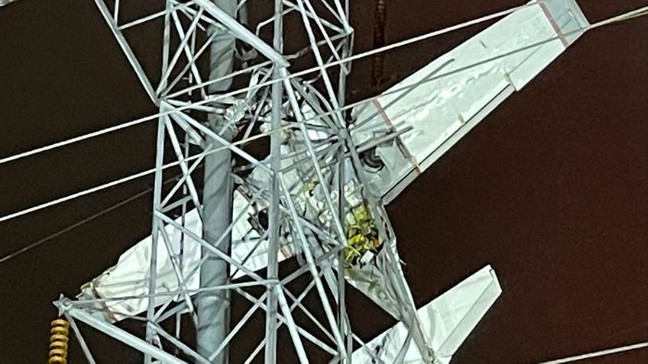 The plane was left dangling about 100 feet in the air, according to Pete Piringer with the Montgomery County Fire and Rescue Service. The occupants of the plane are not injured, Piringer said.

Crews are now conducting a high-angle rescue response, Piringer said. Officials say it could take several hours before the people are freed from the plane. 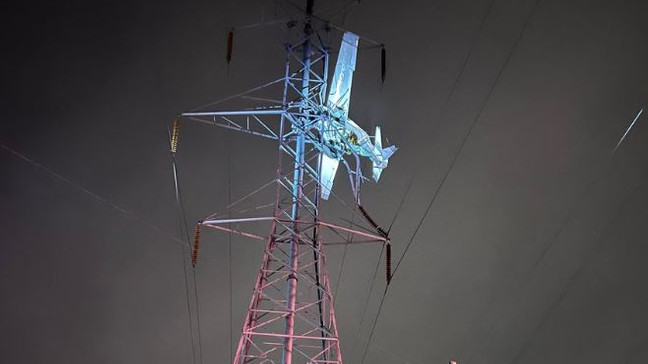 Maryland State Police identified the pilot as Patrick Merkle, 65, of Washington, D.C. The passenger is identified as Jan Williams, 66, of Louisiana. 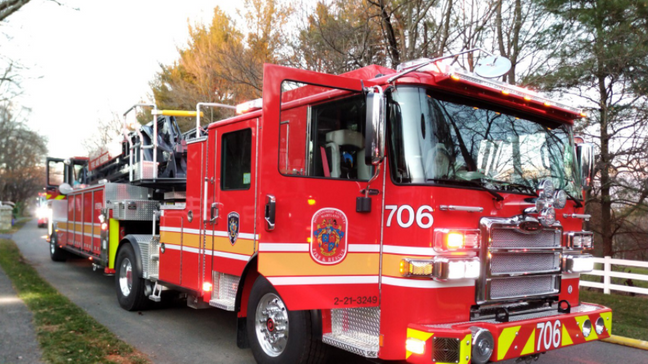 The area must be stabilized before crews work to restore service.

We have confirmed that a private plane came into contact with Pepco’s transmission lines in Montgomery County, resulting in an outage to approximately 85,000 customers. We are assessing damage and working closely with Montgomery County fire and emergency services.

Outages are also impacting traffic lights and even Metrorail service.

Red 🔴Line Alert: Allow enough time if traveling between Shady Grove to Grosvenor-Strathmore or Glenmont to Silver Spring due to a plane crash in Montgomery County causing a power outage.
Below is the impact ⬇️
🚇Trains bypassing Wheaton
🚌Shuttle buses provided #wmata

Officials are asking that people stay away from the area of Goshen Road and Rothbury Drive.

Despite warnings about the dangers of live wires in the area, a crowd of onlookers is at the scene, watching the rescue.

A look at the plane, the crowd of onlookers, and first responders on scene: pic.twitter.com/B3ZyP2Hx9w

According to the FAA, a single-engine Mooney M20J departed from Westchester County Airport in White Plains, New York and crashed in Gaithersburg at about 5:40 p.m.The FAA and National Transportation Safety Board will investigate.

The FAA issued this statement:

This information is preliminary and subject to change.

A single-engine Mooney M20J crashed into wires near Montgomery County Airpark in Gaithersburg, Md., around 5:40 p.m. local time today. Two people were on board. The aircraft departed from Westchester County Airport in White Plains, N.Y.

The FAA and National Transportation Safety Board will investigate. The NTSB will be in charge of the investigation and will provide additional updates.

If you are experiencing an outage, please report it at http://pepco.com/outage or our mobile app, or by texting OUT to 48710.