Three young children, including an infant, died after they were found unconscious on Coney Island beach early Monday – and police are now investigating whether their mother drowned them. 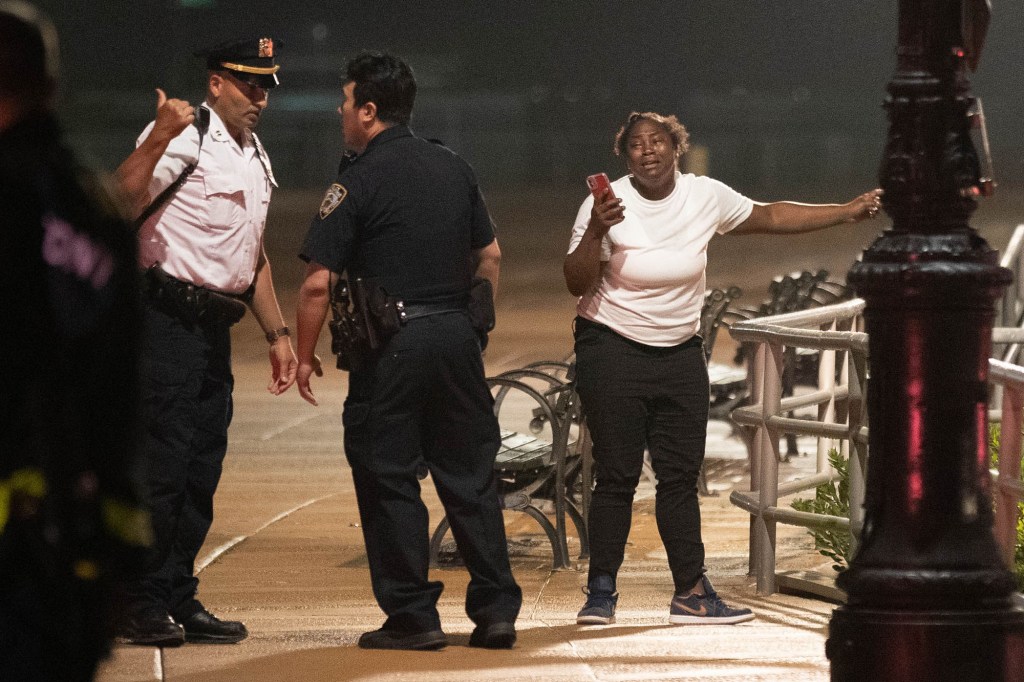 A distraught woman talks to cops and firefighters where three missing children were found in the water at the Coney Island boardwalk. Robert Mecea 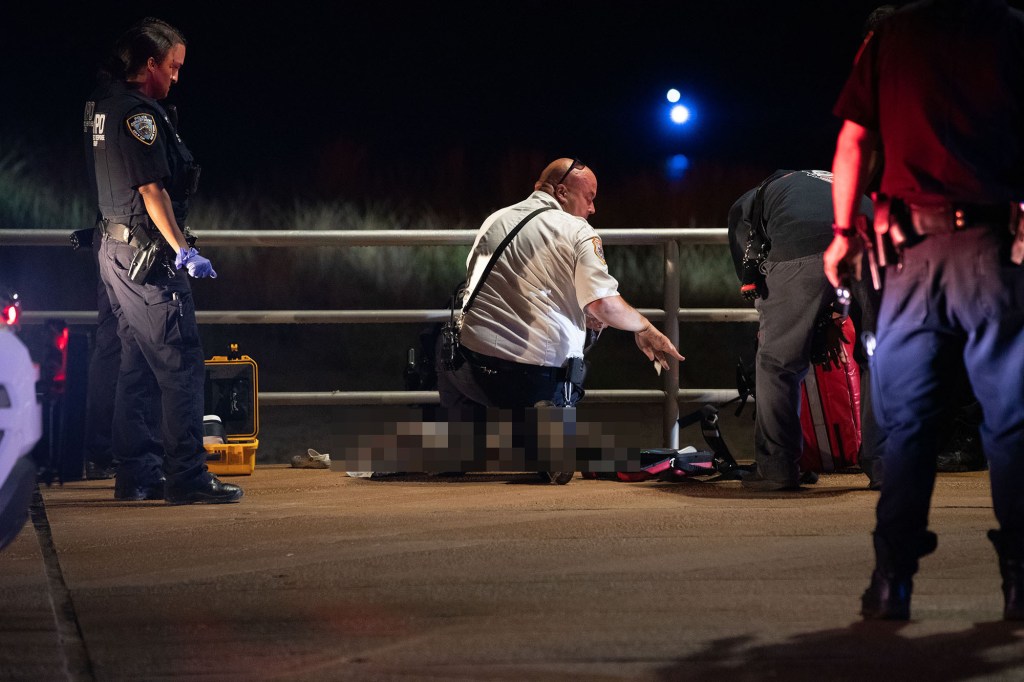 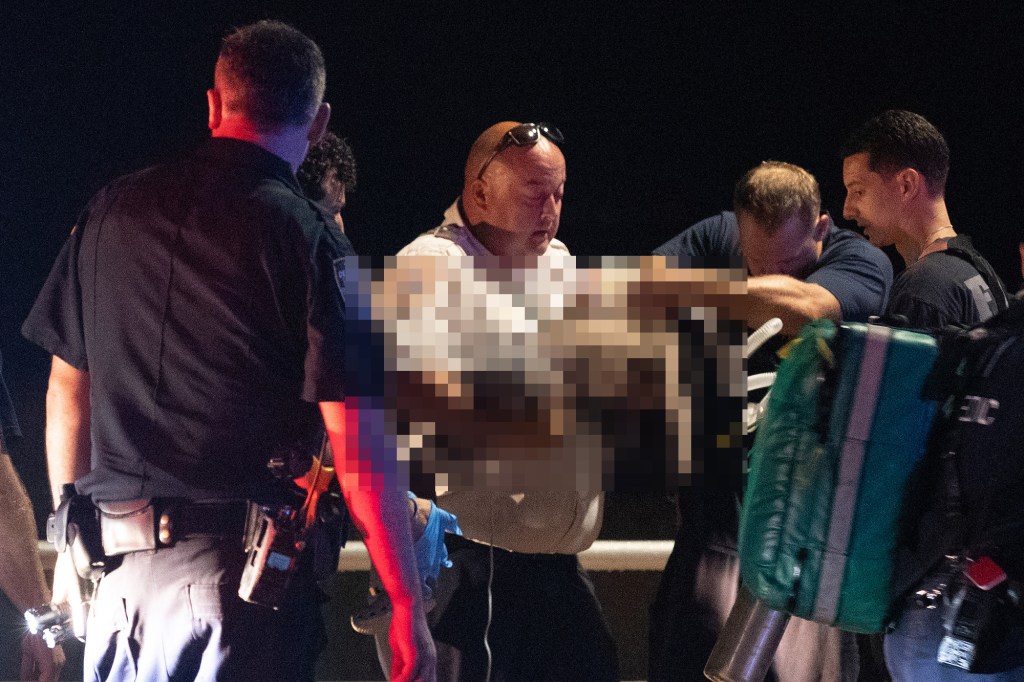 Their mom, 30, was found nearby and appeared “despondent,” cops said. She was taken to the 60th Precinct for questioning.

“The mother was soaking wet,” said NYPD Chief of Department Kenneth Corey. “Whether she had been out in the rain or whether she had been in the water, again, is all speculative at this point. She was wet, she was barefoot, and she was not communicative to the officers.”

The intensive search for the mother and kids began about three hours earlier, when a relative called police expressing fears that the mom may have harmed the children, Corey told reporters. 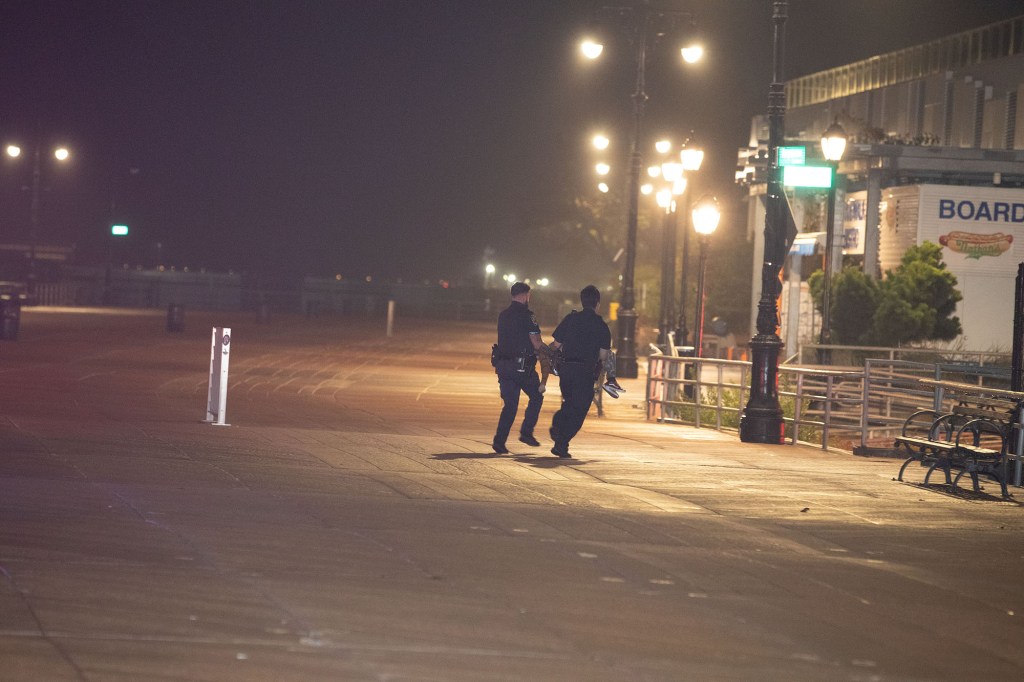 Police officers carry one of the three missing children from the water at the Coney Island boardwalk at West 35th Street on Monday, Sept. 12, 2022.Robert Mecea 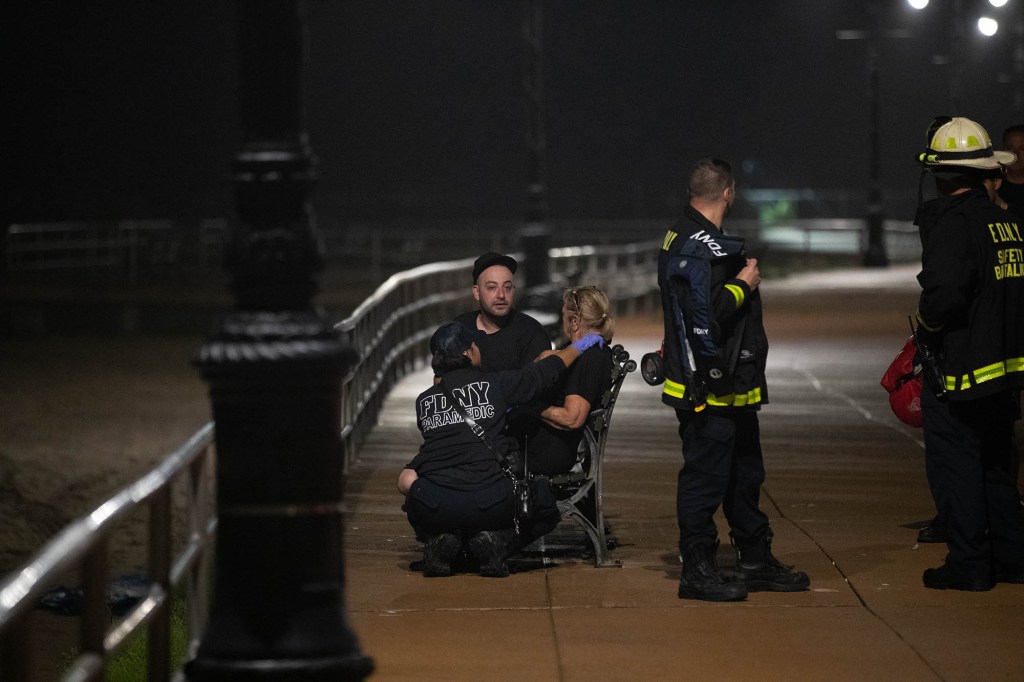 EMS, cops and firefighters talk to a person sitting on a bench near the beach where the children were found.Robert Mecea

No one answered a knock at the door – but officers were met by the children’s father inside the building. He “expressed similar concerns” and said he believed the mother and her kids were on the Coney Island beach, according to Corey.

“I believe that she had called them and made statements to them to that effect,” Corey said of the relatives, when asked why the family members believed the woman would harm her kids. 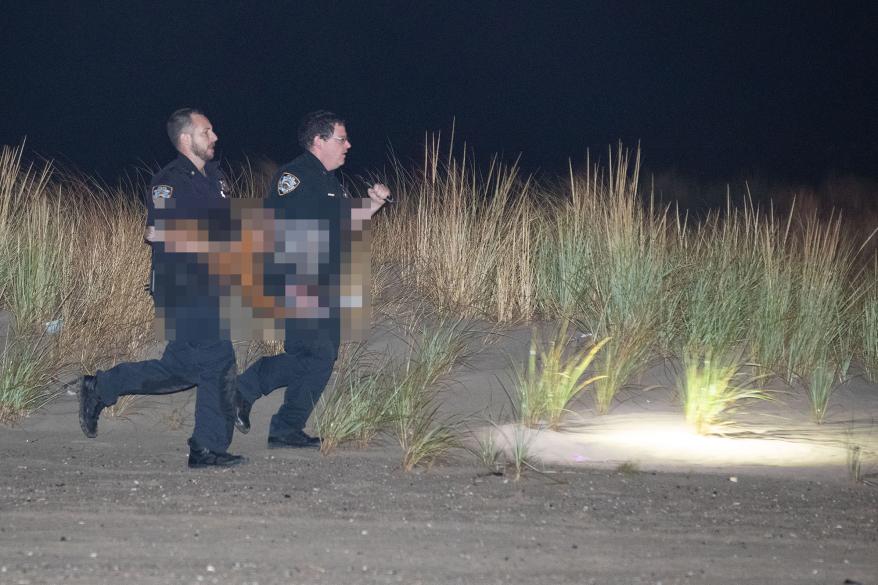 Police officers carry one of the 3 missing children from the water in Coney Island Boardwalk. 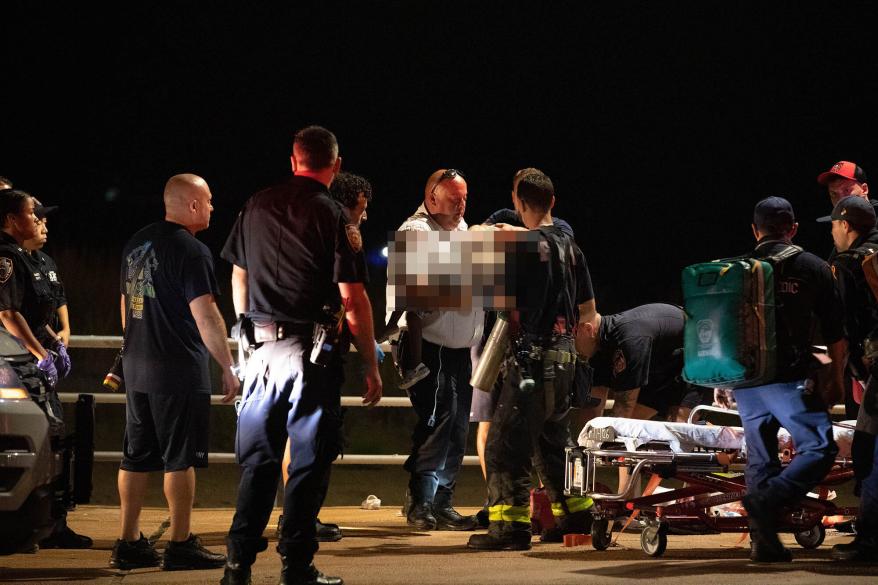 A relative called 911 concerned that a 30-year-old woman may have drowned her kids. 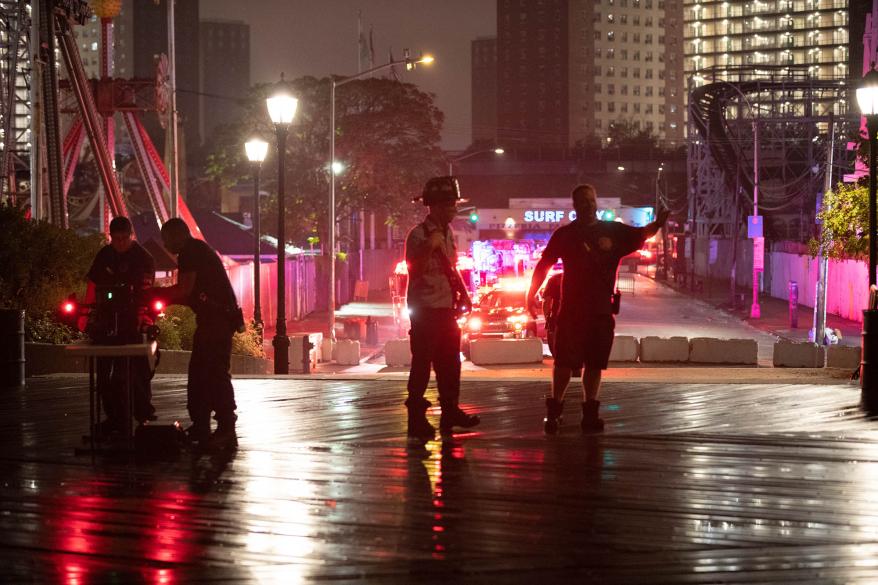 Police and firefighters search for the missing children.

Police swarmed the boardwalk, the beach and the surrounding streets for about 90 minutes before they received another 911 call directing them to the Brighton Beach boardwalk, near Beach 6th Street, Corey said.

There, cops found the children’s mother – but all three kids were nowhere to be found, Corey said.

The search “intensified,” with the NYPD’s Aviation and Harbor units helping to scour the area for the missing kids, the police official said.

Then, authorities made the heartbreaking discovery about 2 miles from the location where their mother was found. 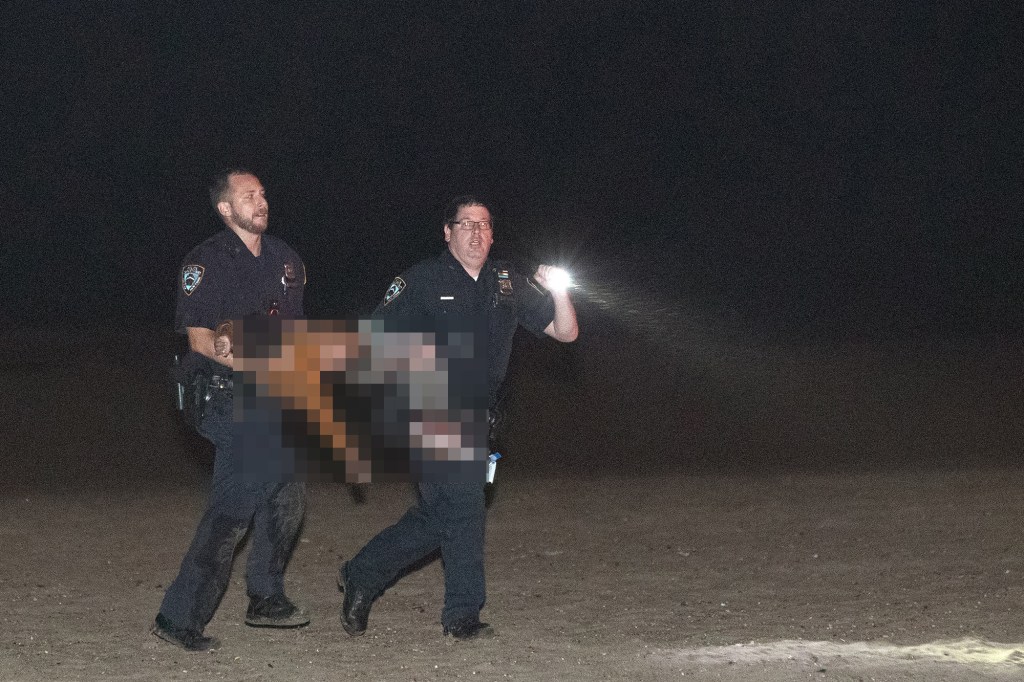 The children’s mother was taken into custody and brought to the 60th Precinct for further investigation. Robert Mecea

“The officers immediately initiated life-saving measures including CPR on the children, and they were rushed to Coney Island Hospital, where they were regrettably pronounced deceased,” Corey said.

No charges were immediately filed, and police were still investigating what happened hours later. 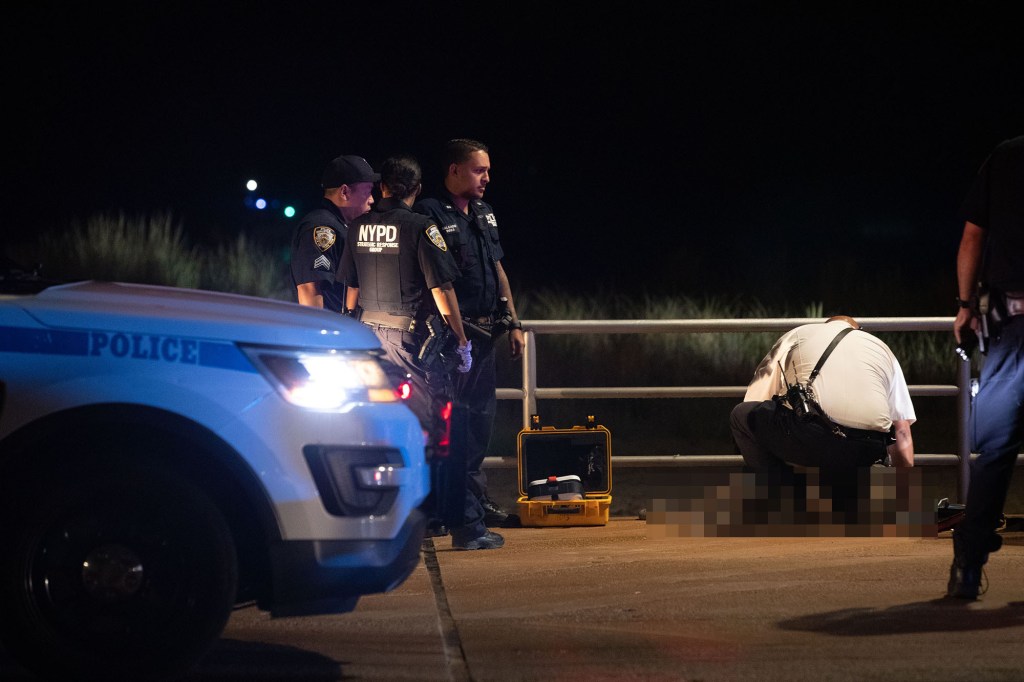 Three young children have died after they were found unconscious on Coney Island beach.

“So right now we are looking for witnesses,” Corey said. “We don’t know exactly what happened here yet…. We’re going to try to piece this all together.”

Preliminarily, there are no records of abuse or neglect of the three children, Corey said.