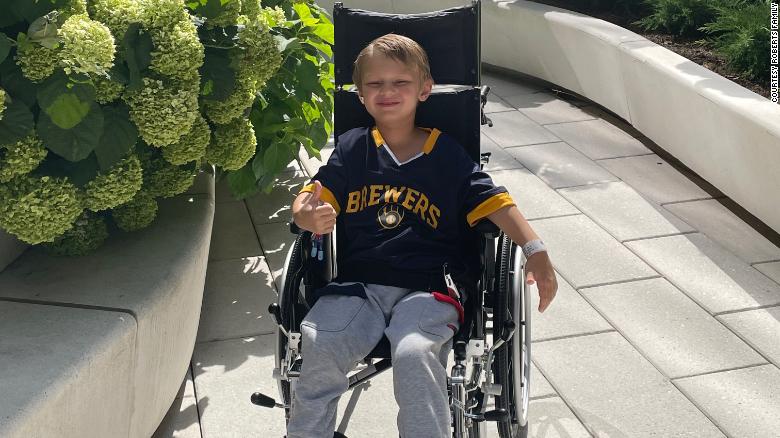 Cooper Roberts was severely injured in the July 4 mass shooting.

(CNN)Cooper Roberts, the 8-year old boy severely injured in the Fourth of July parade mass shooting in Highland Park, Illinois, may be experiencing some cognitive loss, according to his family.

Cooper’s family shared new information about his condition on Thursday, saying his rehabilitation team is seeing some patterns of behavior “that may indicate some cognitive loss.”

“Cooper wasn’t well enough or talking enough to notice these issues earlier while in the hospital,” the update, posted to the family’s verified GoFundMe page, read. The Roberts family has provided regular updates on their son’s challenging recovery in the weeks since the shooting.

According to the family, therapists have observed short term memory loss, issues with word recovery and loss of acuity around fine motor skills. Cooper will undergo comprehensive neurological and psychological evaluations this week.

The rehabilitation team is also working with the family to asses long-term needs for Cooper’s eventual return home, including assistive technologies and house features necessary for a child with a pediatric spinal cord injury.

Seven people were killed and dozens injured when a gunman fired into the crowd in Highland Park on the Fourth of July. Cooper’s severe injuries included a severed spinal cord and a partially collapsed lung which required multiple critical surgeries.

Last week, the family announced that Cooper no longer needed to use a feeding tube or to receive IV pain medication. Paralyzed after the shooting, Cooper is currently using a wheelchair and it’s unclear how much mobility he might regain, according to the Roberts family.