At least one of the shootings was apparently streamed on Facebook Live, ultimately leading to the arrest of Ezekiel Kelly as a suspect in the shootings following a high-speed pursuit, Memphis Police Chief Cerelyn “C.J.” Davis said during a news conference early Thursday.

The shootings began before 1 a.m. Wednesday and continued through the late evening hours, triggering a shelter in place order for part of the city as police searched for the gunman.

Everyone in the area of Ivan Road and Hodge Road shelter in place and stay in the doors. pic.twitter.com/tgEhMveEGF

“Our citizens in Memphis and Shelby County were going about their business … getting off from work, picking up children from daycare, just going about their ordinary lives, when it was all of a sudden shattered,” Shelby County Sheriff Floyd Bonner said. “Many families will never, ever get over the horrific violence that we saw, that one individual inflicted on the city tonight.” 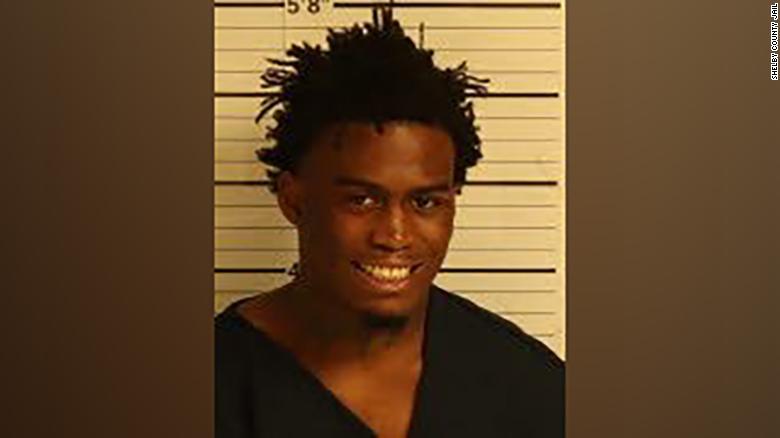 How the shootings unfolded

The first shooting was reported around 12:56 a.m. in the 3100 block of Lyndale Avenue. Responding officers found a male victim in a driveway and he was pronounced dead at the scene, Davis said.

“The homicide suspect was known as Zeek Huncho. He was later identified as Ezekiel Kelly,” Davis said at the news conference.

At 4:38 p.m., officers responded to another shooting in the 900 block of South Parkway East, where they found a man in his vehicle with multiple gunshot wounds. He was pronounced dead at the scene.

Video surveillance from a nearby business captured the gunman pulling up next to the victim in a grey sedan and firing multiple shots before driving away, Davis said.

Minutes later, at 4:40 p.m., officers responded to a shooting at Norris Road and I-240 and found a woman with a gunshot wound to the leg. She was taken to a hospital in non-critical condition. The suspect fled in a dark colored sedan, Davis said.

More than an hour later, at 5:59 p.m., officers responded to a shooting at a store the 4000 block of Jackson Avenue. “Ezekiel Kelly was on Facebook Live when he opened fire inside the store,” Davis said.

Responding officers found a male with a gunshot wound. He was taken to a hospital in critical condition.

A short time later, at 6:12 p.m., police received a call from a concerned citizen that someone with the name “Zeek Huncho” was live on Facebook saying he was “threatening to cause harm to citizens,” Davis said. 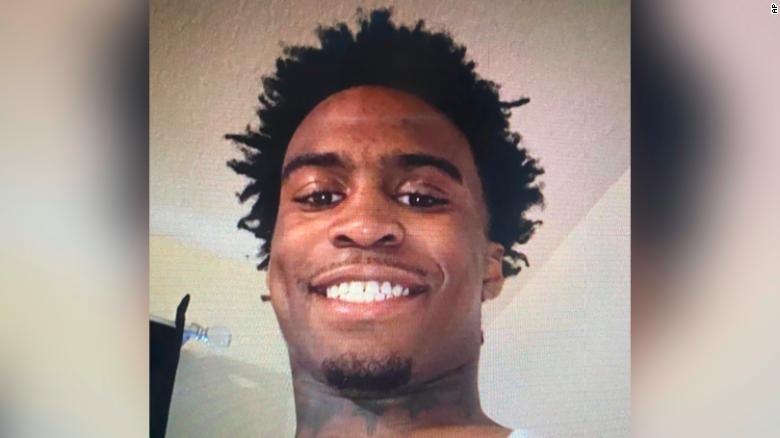 The Memphis Police Department then launched a citywide search for an “armed and dangerous” suspect, calling on some residents to shelter in place.

Another shooting was reported at 7:23 p.m. in the area of Poplar Avenue and North Evergreen, where a woman had been shot and killed. The gunman fled the scene with the victim’s vehicle, a gray SUV, Davis said.

A minute later, officers responded to another shooting on Poplar Avenue and found a man who had been shot. He was taken to a hospital in non-critical condition, Davis said.

Then, at 8:55 p.m., officers responded to the 800 block of West Raines Road where a woman with gunshot wounds was pronounced dead, according to Davis.

A short time later at 8:56 p.m., the Southaven, Mississippi, police department responded to the area of Stateline Road and Highway 51, regarding a carjacking, Davis said. Police said Kelly carjacked a victim at gunpoint, taking a gray Dodge Challenger, leaving behind the gray SUV. The victim was uninjured. Southhaven is just across the state line from Memphis.

Two minutes later at 8:58 p.m., Memphis police spotted the Challenger on I-55 and a high-speed chase ensued.

The chase came to an end and Kelly was taken into custody without incident.

The chief said two weapons were visible in the vehicle when Kelly was apprehended. “Numerous felony charges are pending,” she added.

Mayor says violence is ‘not acceptable’

The string of shootings disrupted life in the city Wednesday as police issued alerts about their search for the suspect. The Memphis Area Transit Authority suspended its bus and trolley services, citing danger from the active shooter.

Memphis Mayor Jim Strickland expressed anger over the spate of violence in Thursday morning’s news conference as he gave his condolences to the victims’ families.

“I am angry for them, and I’m angry for our citizens who had to shelter in place for their own safety until this suspect was caught. This is no way for us to live and it is not acceptable.” he said. “The people of our city were confronted with the type of violence no one should have to face.”

Strickland said Kelly had previously been charged with criminal attempted first degree murder, but pleaded guilty in April 2021 to a lesser charge of aggravated assault. He was sentenced to three years in prison but only served 11 months and was released in March, the mayor said.

“If Mr. Kelly served his full three-year sentence, he would still be in prison today, and four of our fellow citizens would still be alive,” Strickland said.

During the news conference, Davis thanked those who alerted police to the Facebook livestream.

The social media giant said it was in touch with the department shortly after police made their initial public alerts and have since removed video content that may be related to the incident.

CNN’s Steven Almasy and Amanda Jackson contributed to this report.

What we know about Ezekiel Kelly, suspect in Memphis mass shooting