The man who fatally shot former Prime Minister Shinzo Abe told police that his mother had made a “huge donation” to a religious body, and he harbored a grudge against the group, which he believed was associated with the Japanese leader, investigative sources said Saturday.

A day after the death of Japan’s longest-serving prime minister, one of the sources also quoted Tetsuya Yamagami as saying something to the effect of “initially, I intended to attack an executive of the group” but decided to target Abe instead. 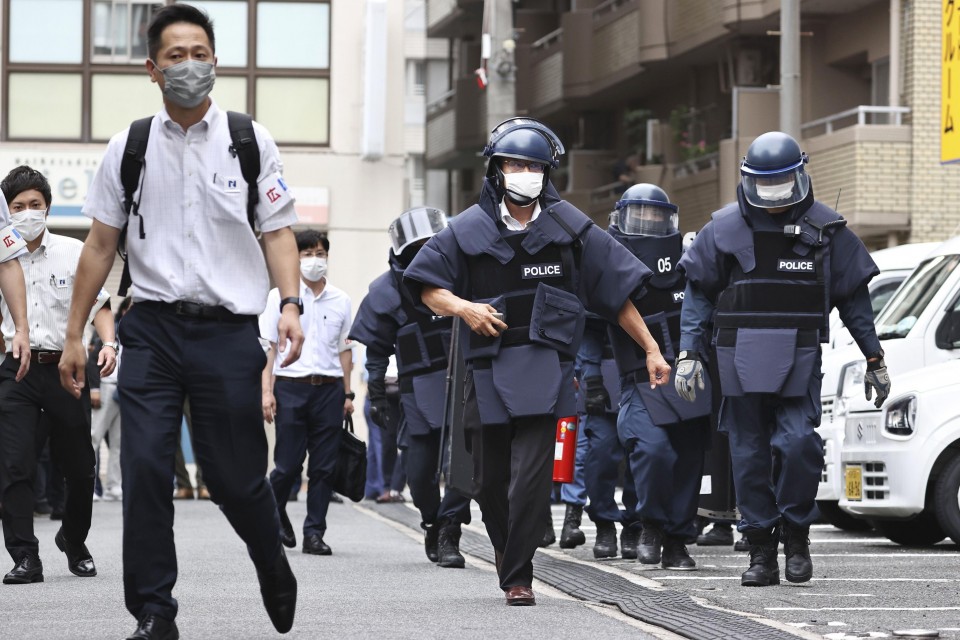 Photo taken in Nara on July 8, 2022, shows police investigators heading to a condominium for the man who shot former Japanese Prime Minister Shinzo Abe to death during an upper house election stump speech in the western Japan city earlier in the day. (Kyodo) ==Kyodo

While the 41-year-old assailant’s motive is not fully known, many have strongly criticized the shooting during a stump speech on a street in the western city of Nara as shaking the foundation of democracy and exposing flaws in the security of dignitaries.

At a press conference, Tomoaki Onizuka, head of the Nara prefectural police, apologized for failing to prevent the attack and admitted, “It is undeniable that there were problems in the security.” 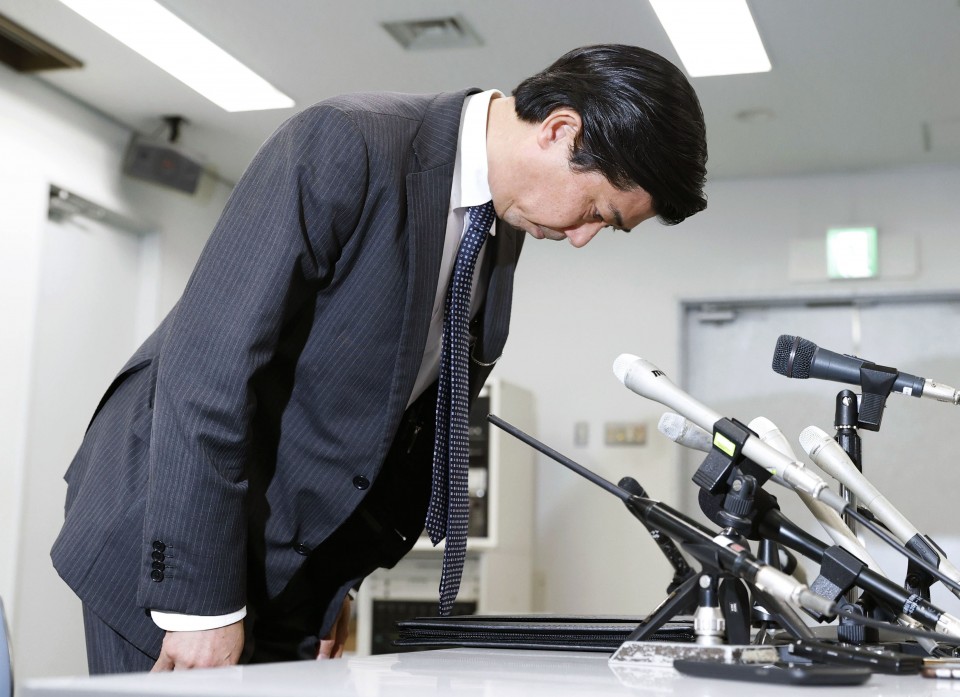 Tomoaki Onizuka, head of the Nara prefectural police, bows at the outset of a press conference in Nara on July 9, 2022, a day after former Japanese Prime Minister Shinzo Abe was fatally shot in the western Japan city. (Kyodo)

Yamagami has also told the police that on the eve of the deadly shooting, he went to a hall in the western city of Okayama, where Abe delivered a speech for Sunday’s House of Councillors election, according to the sources.

The rally attracted more than 2,000 people without a security check, but there were no problems, according to people involved in the event.

Yamagami, who used a homemade gun to shoot Abe and was arrested at the scene, has denied that opposition to the former prime minister’s political beliefs had anything to do with him committing the crime, according to the police.

An official at the religious group said that it is true that his mother was a longtime believer but did not have knowledge of her financial situation.

Abe died from blood loss, with an autopsy determining that there were two gunshot wounds to his upper left arm and neck.

The police searched his home Friday, finding items believed to be explosives and homemade guns, including ones similar to the weapon used in the attack, according to the police.

Yamagami, who was unemployed, had previously worked for a manufacturer in the Kansai region from around the fall of 2020, but he quit in May this year, according to a staffing agency employee. He was previously a member of the Maritime Self-Defense Force for about three years through August 2005.

Amid punishing heat and spurts of heavy rain, nearly 500 people at one point had lined up at a spot in Nara close to the scene of the attack to pay their respects, with mourners leaving flowers, drinks and other items.

Among them was Shihori Kimura, a 17-year-old high schooler from Kyoto, also in western Japan. “For me, Mr. Abe is who I think of when someone mentions the prime minister. I wanted to thank him for his work over such a long time. Political expression must not be stopped by violence,” she said.

In the afternoon in Tokyo, a car carrying Abe’s body arrived at his home. His wife Akie accompanied her late husband’s body in the car ride from the western city. 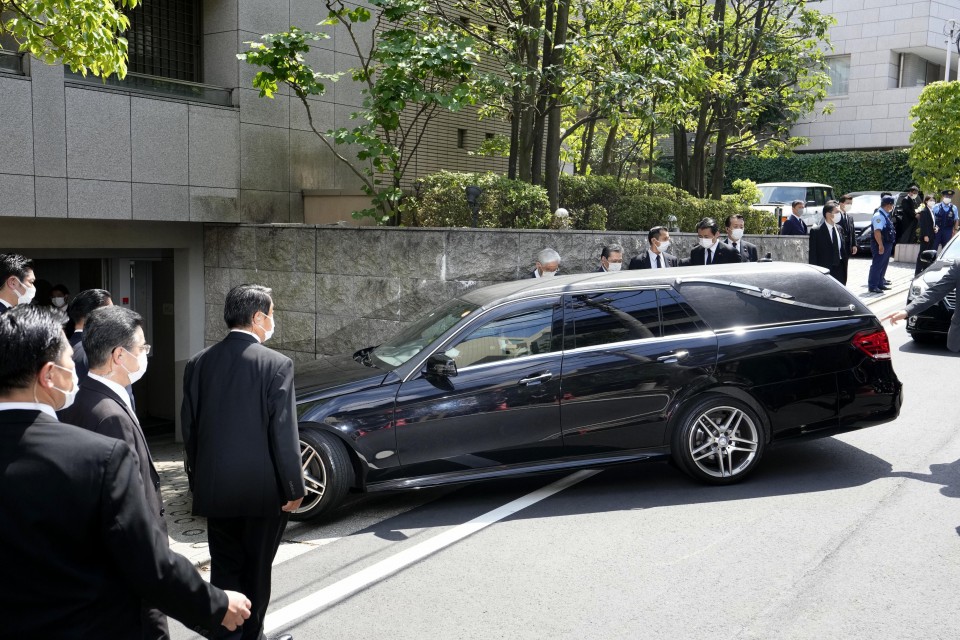 A car thought to be carrying the body of former Japanese Prime Minister Shinzo Abe arrives at his home in Tokyo’s Shibuya ward on July 9, 2022, a day after he was shot dead in Nara, western Japan, while delivering a stump speech for the July 10 House of Councillors election. (Kyodo)

As the car slowly pulled in, Akie Abe bowed to the more than 100 members of the press thronged outside the residence. Following Prime Minister Fumio Kishida’s visit to express his condolences, numerous LDP lawmakers came to pay their respects. 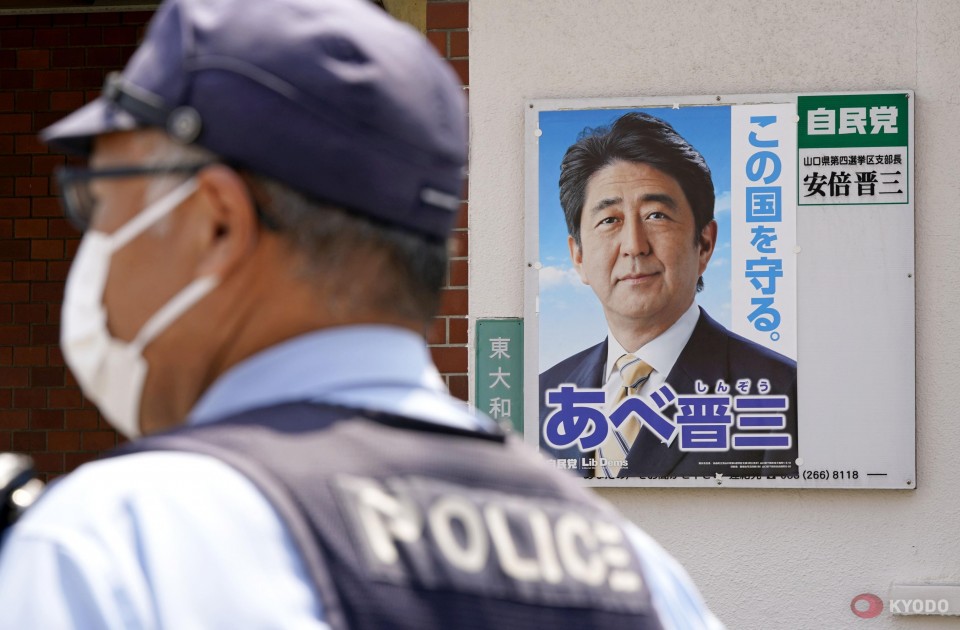 A police officer is pictured in front of the office of former Japanese Prime Minister Shinzo Abe in the western Japan city of Shimonoseki, his constituency, on July 9, 2022, a day after he was fatally shot in Nara, western Japan. (Kyodo)

Earlier Saturday, Kishida had a telephone conversation with U.S. President Joe Biden, who expressed his condolences.

Biden noted the “unwavering confidence in the strength of Japan’s democracy,” and they also discussed how Abe’s legacy would live on as the two countries continue the important task of defending peace and democracy, according to the White House.

Kishida told reporters after the phone conversation that he had conveyed to Biden Japan’s willingness to “protect democracy without yielding to violence.” 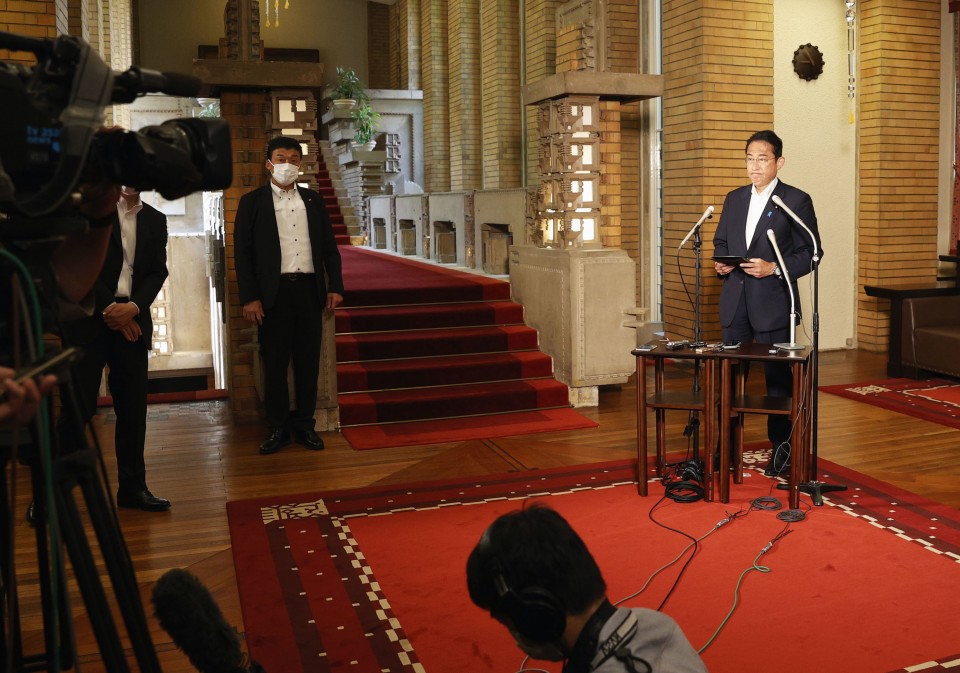