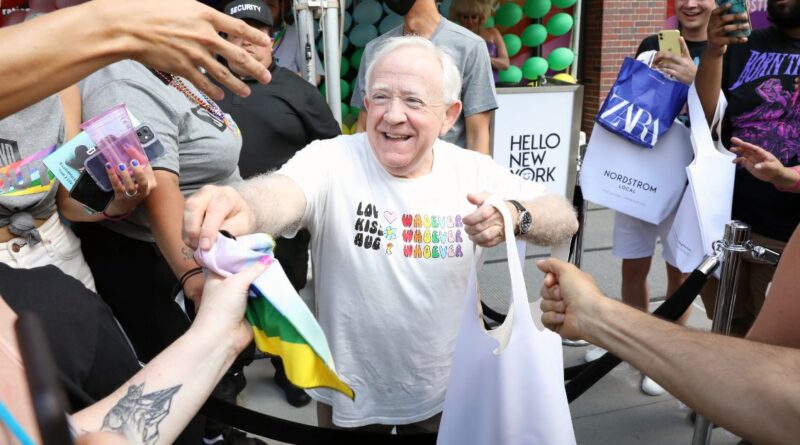 According to the Los Angeles Police Department, a driver, likely suffering a medical emergency, drove a car into a wall at the intersection of Cahuenga Boulevard and Romaine Street around 9:45 a.m. The Los Angeles Times confirmed the driver’s identity as Jordan.

I am stunned at the death of Leslie Jordan, who delighted us with his many roles on television and film. The cause of death was a car crash after he suffered a medical emergency. Leslie, we are heartbroken at your loss and will miss your mirth and your inimitable spirit.

“The world is definitely a much darker place today without the love and light of Leslie Jordan,” David Shaul, Jordan’s agent, said in a prepared statement, obtained by Variety.

“Not only was he a mega talent and joy to work with, but he provided an emotional sanctuary to the nation at one of its most difficult times. What he lacked in height he made up for in generosity and greatness as a son, brother, artist, comedian, partner and human being. Knowing that he has left the world at the height of both his professional and personal life is the only solace one can have today,” Shaul added.

Known for his recurring roles on such TV shows as “American Horror Story,” “Will & Grace,” “Designing Women,” and “The Cool Kids,” Jordan became an overnight social media juggernaut during the COVID-19 pandemic.

According to TMZ, Jordan’s Instagram followers mushroomed from about 80,000 to roughly 5.8 million, due to his uplifting – and often silly – video posts.

Sources told the Times that Jordan was driving a BMW when he crashed into the side of a building at Cahuenga Boulevard and Romaine Street in Hollywood at about 9:30 a.m. He was declared dead at the scene.

As per Variety: “One of Jordan’s most celebrated roles was his turn as Earl ‘Brother Boy’ Ingram in the stage play ‘Sordid Lives,’ which was later adapted into a 2000 cult romantic comedy film of the same name.”

Born and raised in Tennessee, Jordan moved to Los Angeles in 1982, launching a 40-year career. He confirmed in 2010 that he had been sober for 13 years, according to the entertainment news outlet.