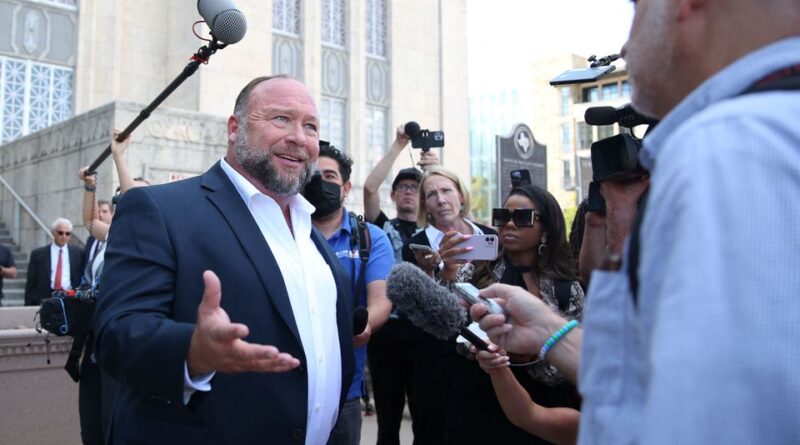 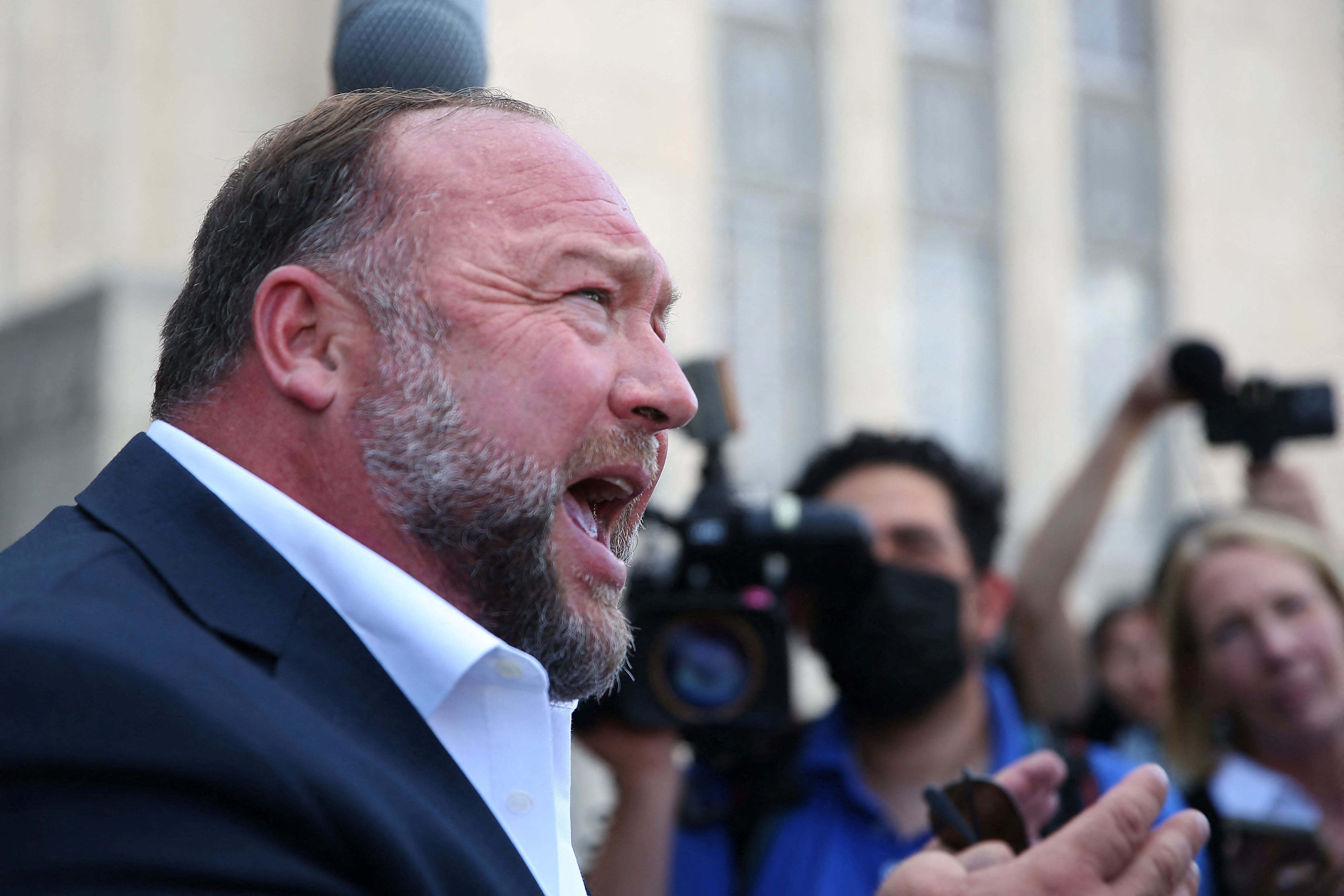 Alex Jones speaks with media after day six of trial at the Travis County Courthouse, in Austin, U.S. August 2, 2022. Briana Sanchez/Pool via REUTERS

Aug 3 (Reuters) – U.S. conspiracy theorist Alex Jones on Wednesday told a Texas jury that it was “crazy” of him to claim that the 2012 Sandy Hook massacre was a hoax, as he defends himself in a defamation suit brought by parents of a child slain in the massacre. 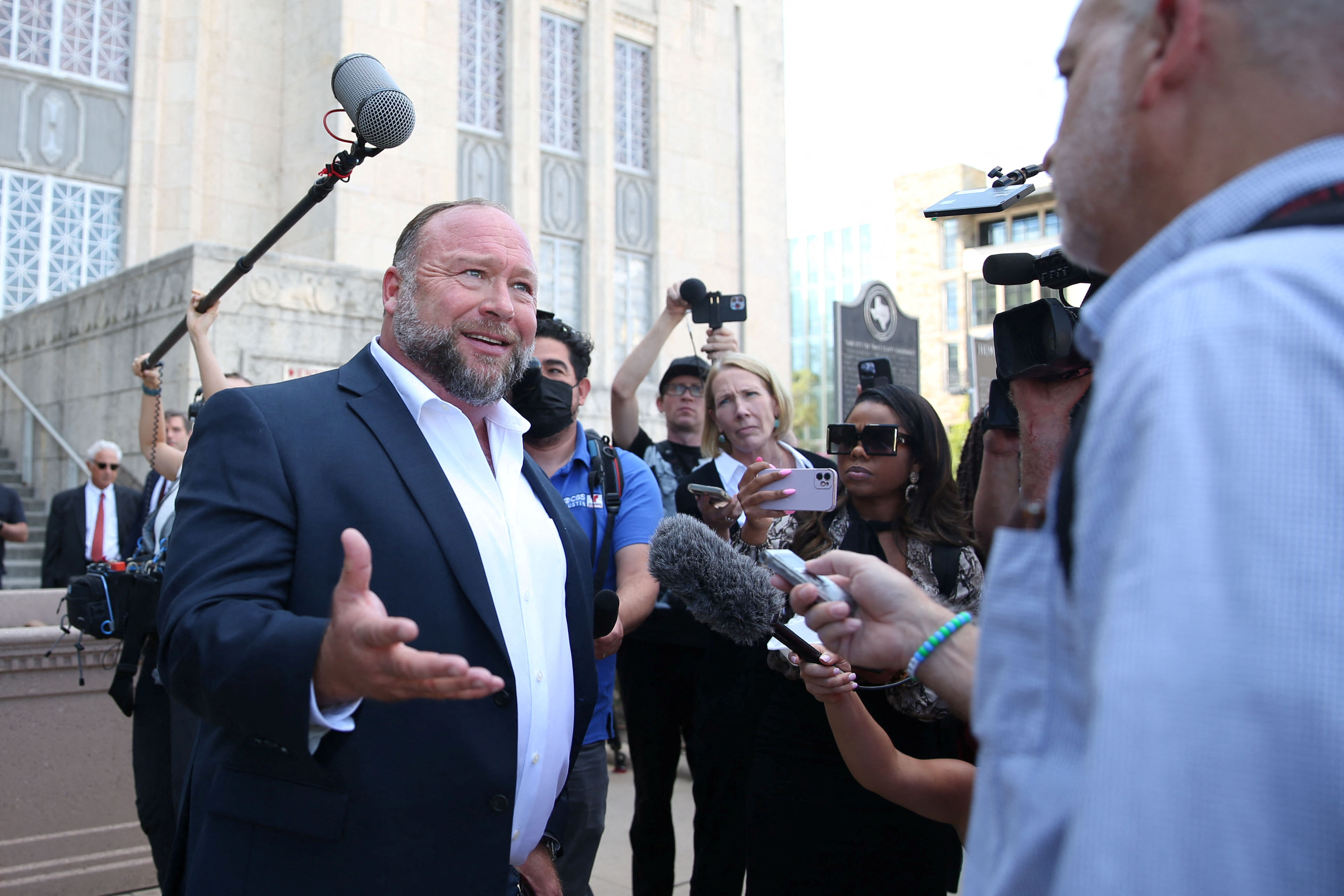 Alex Jones speaks with media after day six of trial at the Travis County Courthouse, in Austin, U.S. August 2, 2022. Briana Sanchez/Pool via REUTERS

Jones, founder of the Infowars radio show and webcast, is on trial to determine how much he must pay for spreading falsehoods about the killing of 20 children and six staff at Sandy Hook Elementary School in Newtown, Connecticut, on Dec. 14, 2012. Jones told jurors that the shooting was “100 percent real.”

Jones said he sought years ago to distance himself from the theory that the shooting was staged after he began to doubt its credibility. He claimed that his views on the shooting were misrepresented by political opponents of Donald Trump during the 2016 presidential campaign. 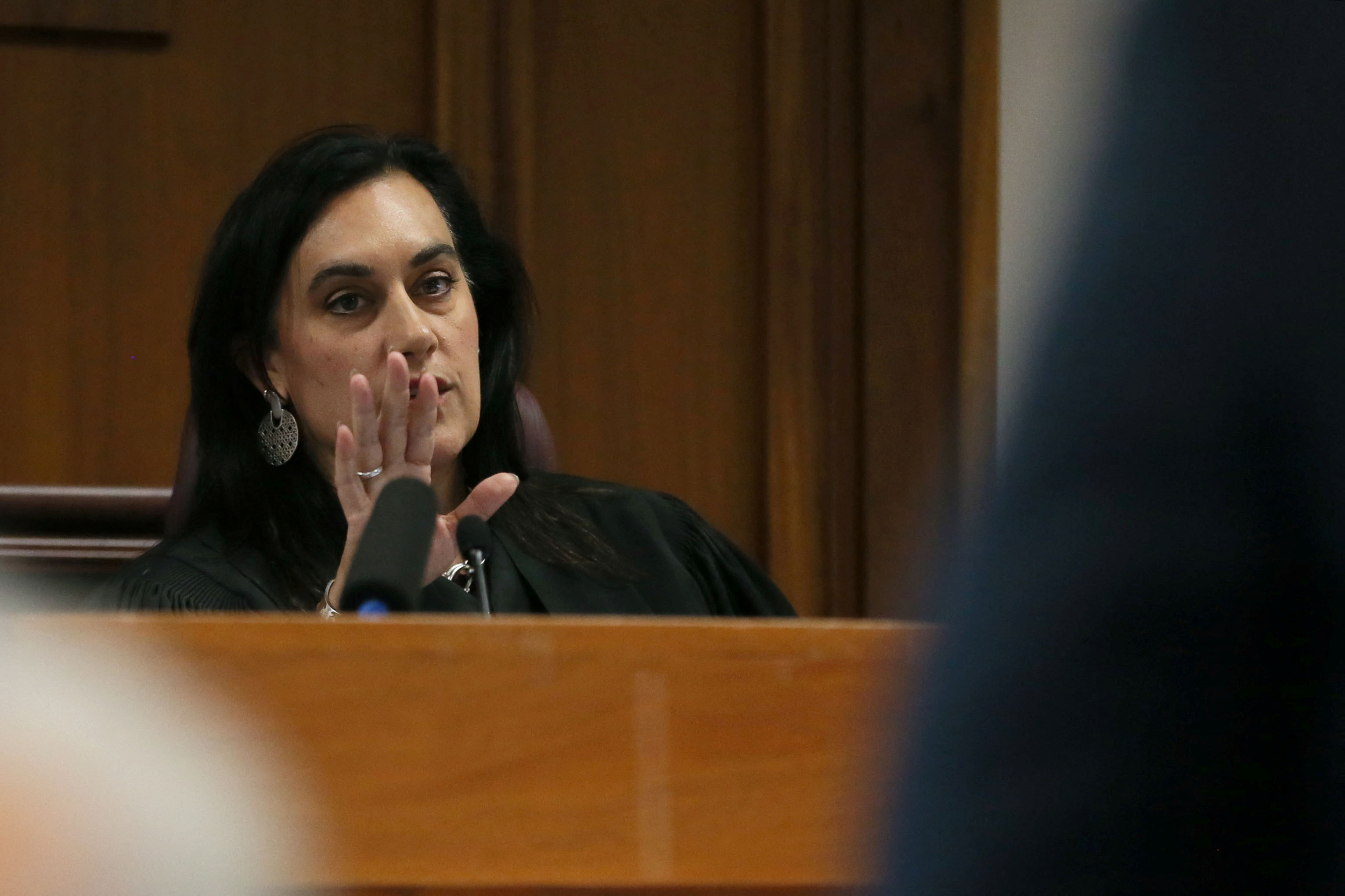 Judge Maya Guerra Gamble reminds Alex Jones he can only speak when asked a question or during testimony at the Travis County Courthouse, in Austin, U.S. August 2, 2022. Briana Sanchez/Pool via REUTERS

“I was thrown into the deep end of the weaponization of politics,” Jones said.

Neil Heslin and Scarlett Lewis, the parents of slain 6-year-old Jesse Lewis, are seeking as much as $150 million from Jones and his company, Free Speech Systems LLC.

Heslin told jurors on Tuesday that the falsehoods Jones spread to his millions of listeners made his life “hell” and resulted in a campaign of harassment and death threats against him by people who believed he lied about his son’s death.

Lewis said she believes that Jones knew that the hoax claims were false but spread them anyway because they attracted listeners and helped him market his supplements and other products.

Free Speech Systems declared bankruptcy last week. Jones said during a Monday broadcast that the filing will help the company stay on the air while it appeals. There will be a hearing in that case on Wednesday.

The Sandy Hook gunman, Adam Lanza, 20, used a Remington Bushmaster rifle to carry out the massacre. It ended when Lanza killed himself with the approaching sound of police sirens.