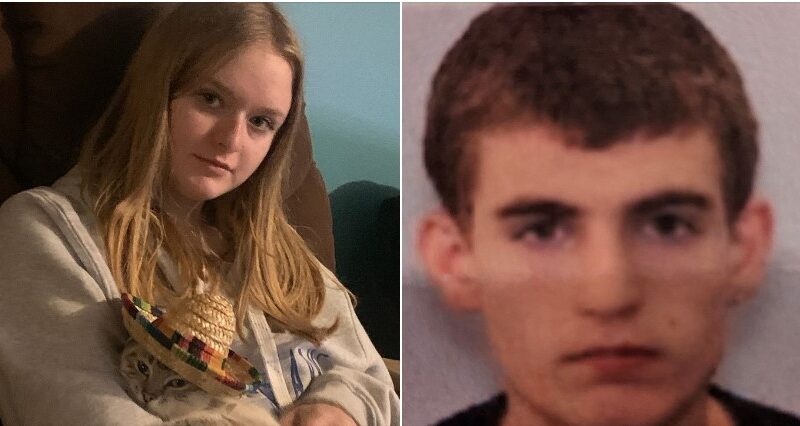 UPDATES: Authorities canceled the AMBER Alert Sunday night just after 7:30 p.m. after they said King was found safe. Blackburn has not been located.

She was discovered to be missing Saturday morning.

Authorities believe she is traveling with 22-year-old Trevor Blackburn, who is not a Wisconsin resident. His vehicle is unknown at this time, but they are believed to be traveling in the Chippewa County area.

Authorities describe Blackburn as a white male with brown hair with a tattoo of a name on his chest and a heart tattoo on his inner forearm.

Photos of both Kryssy and Blackburn are below.

If you have any information about Kryssy or Blackburn’s location, Chippewa County Sheriff’s office asks you share it with them.

Shooting suspect believed to be on run with his daughter, 15