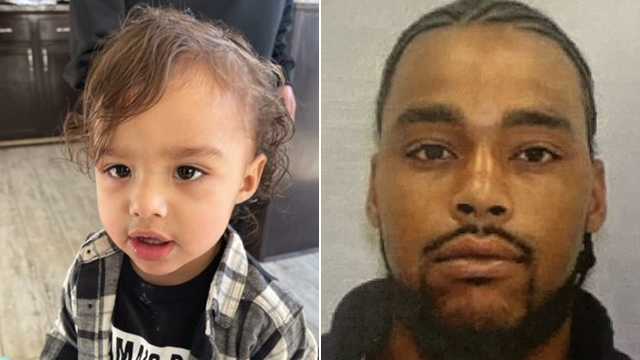 A 1-yeart-old boy last seen in the Essex area has been found unharmed an Amber Alert was issued in Maryland early Monday morning.

An Amber Alert was issued around 4:30 a.m. Monday as police searched for a white 2019 Kia Optima with Maryland license plates 9EN8081.

County police said at 5:39 a.m. that the Amber Alert was canceled.

BALTIMORE —An Amber Alert has been issued for a 1-yeart-old boy last seen in the Essex area.

Police are searching for a white 2019 Kia Optima with Maryland license plates 9EN8081.

According to the National Center for Missing and Exploited Children, Damarie Williams, 1, was last seen Monday in Essex with Dariel Martin Williams.

Dariel Williams is described as a Black man who is 6 feet, 2 inches tall and weighs 173 pounds. Baltimore County police described him as armed and dangerous.

This report will be updated.