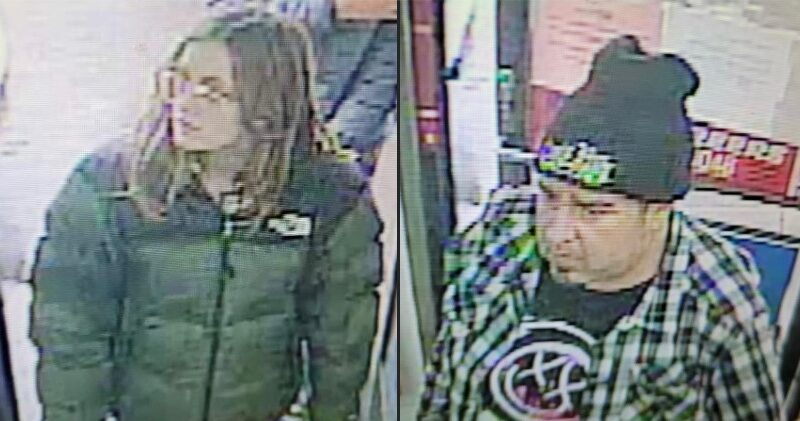 An Amber Alert was issued in Westminster for 13-year-old Alexis Bradford, thought to be with 45-year-old Bradford Eblen.

Alexis has blonde hair and blue eyes, is white, 5′ 5” and about 100 pounds. Eblen is 5’11” and about 250 pounds.Police think they might be in a possibly stolen black, four-door 2018 Ford Focus with Colorado license plate AQY-Q22 with dark tinted windows, black wheels and a Lyft sticker in the lower right portion of the front windshield. 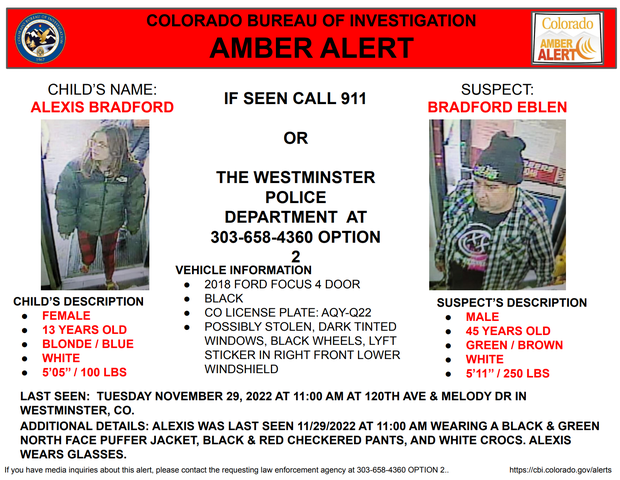 Alexis was last seen around 11 a.m. near 120th Avenue and Melody Drive wearing a black and green North Face puffer jacket, black and red checkered pants and white Crocs. She also wears glasses, according to the Colorado Bureau of Investigation.

“It was reported an adult male and his 13-year-old sister, Alexis, accepted a ride from an unknown male to go shopping,” Westminster police said in a statement. “While the brother went inside to use the restroom, the suspect left with juvenile female in the car. Given the circumstances, police are concerned for her safety.”

Eblen has a lengthy criminal history in Colorado dating back to at least the 1990s, including burglary, felony theft, trespassing and drug possession, court records show. News reports also show at least one arrest in Utah, where he’s accused of dining and dashing at least eight times in a two-month stretch.