Troopers say the child was located on Thursday and is safe.

Pennsylvania State Police have issued an Amber Alert throughout Eastern Pennsylvania for a missing 6-year-old girl from Downingtown.

DOWNINGTOWN, Pa. — UPDATE: The child was found safe on Thursday, according to state police.

Zoe Moss, who was the subject of an Amber Alert issued Tuesday night, is safe, police said just before 1 p.m. Thursday, but they did not say where she was found.

Police also did not comment on her mother, 37-year-old Venessa Gutshall, who is accused of taking the girl during a supervised visit in Downingtown Tuesday evening. 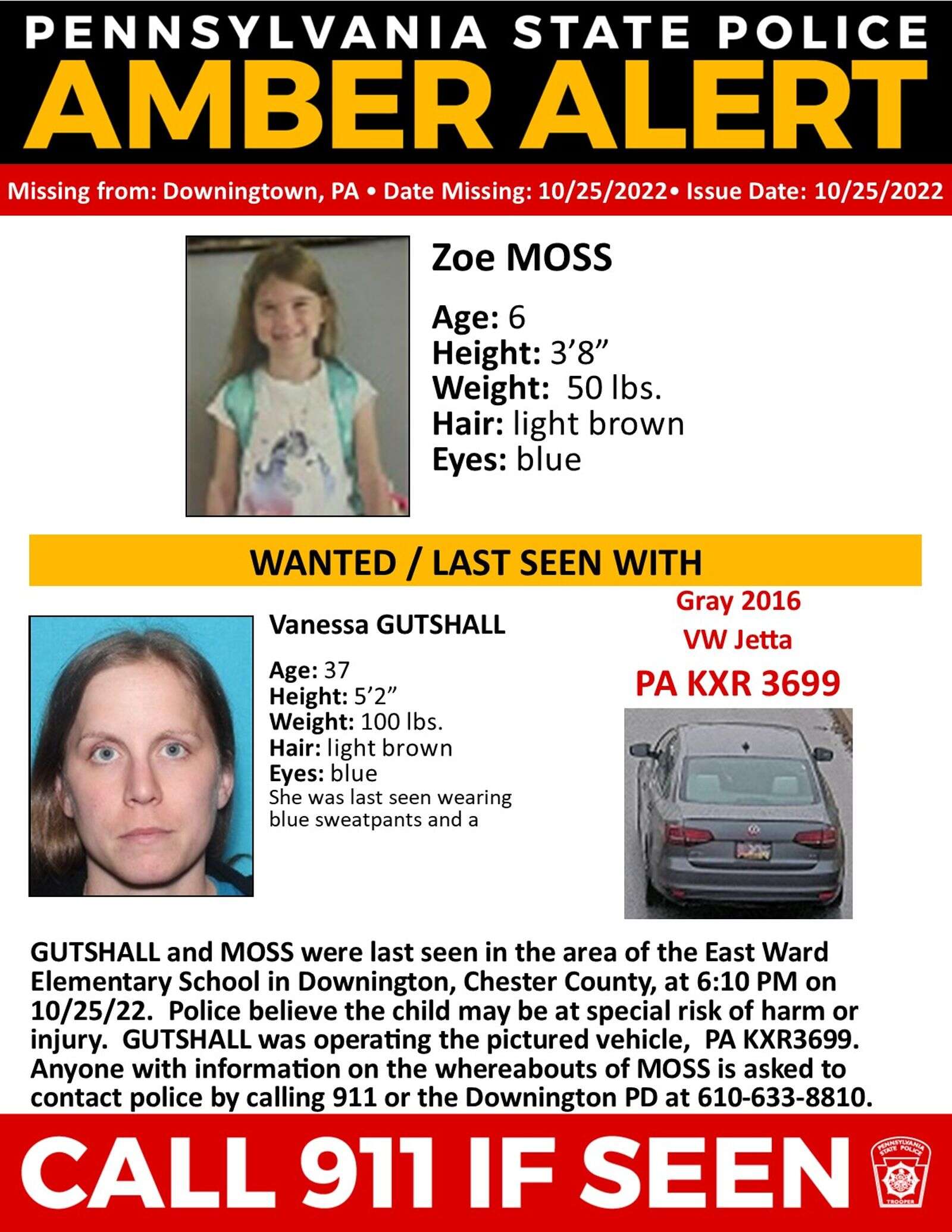 Zoe Moss is described as white, 3 feet, 8 inches tall, weighing 50 pounds with light brown hair and blue eyes.
Police believe she may be at risk of harm or injury.

She was last seen at 6:10 p.m. with Vanessa Gutshall, age 37, in the area of the East Ward Elementary School in Downingtown. Gutshall, described as 5 foot, 2 inches, weighing 100 pounds, was driving a 2016 Gray Volkswagen Jetta with license plate PA KXR 3699. She was last seen wearing a hoodie and blue sweatpants.