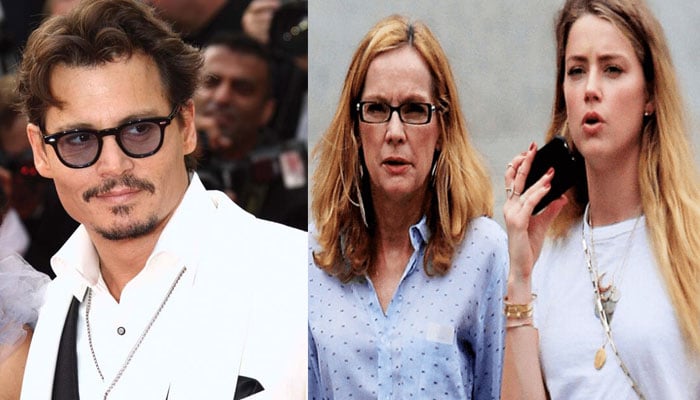 The Blast reported that Paige told Johnny that the Aquaman actor didn’t ‘willingly or happily’ file for a restraining order.

Paige blamed the lawyers ‘on both sides’ for ‘frigging things up’ writing, “It’s the lawyers on both sides doing this not Amber. I heard the whole story very teary—if I could just talk to Johnny. She didn’t want this. Friggin lawyers on BOTH sides!!

“Her dumb lawyer possibly as the only way she would have a place to live in 30 days. She DID NOT want to do this I swear to you. The lawyers are frigging things up,” Paige said.

The Pirates of the Caribbean star responded to the messages asking that if Amber doesn’t want it then why Amber would “go to the courthouse with a photo of her that looks like she’s been abused?”

Paige replied that Amber’s lawyer told her to do so and that’s the reason she wanted to talk to Johnny.

“I’ll swear to you this was not her idea nor did she do it willingly or happily. She was told it was her ONLY option to not be kicked out,” Paige wrote.

“I’m not making excuses but that is what she believed. She did not want to do it. She felt she was betraying her only love but the lawyers said so,” she added.

“Please don’t pass this on if you ever talk to Amber again. I love you, son,” the message read.

Amber Heard Under Foreign Criminal Investigation In Smuggling Case, Told Others To Lie To Authorities: Report

Amber Heard ‘absolutely not’ able to pay US$10.35 million in damages to Johnny Depp

Is There Any Chance Of Johnny Depp Returning To ‘Pirates Of The Caribbean’?