US citizen Anne Sacoolas has admitted killing teenager Harry Dunn in a fatal road crash, ending a three-year campaign to bring her to justice. 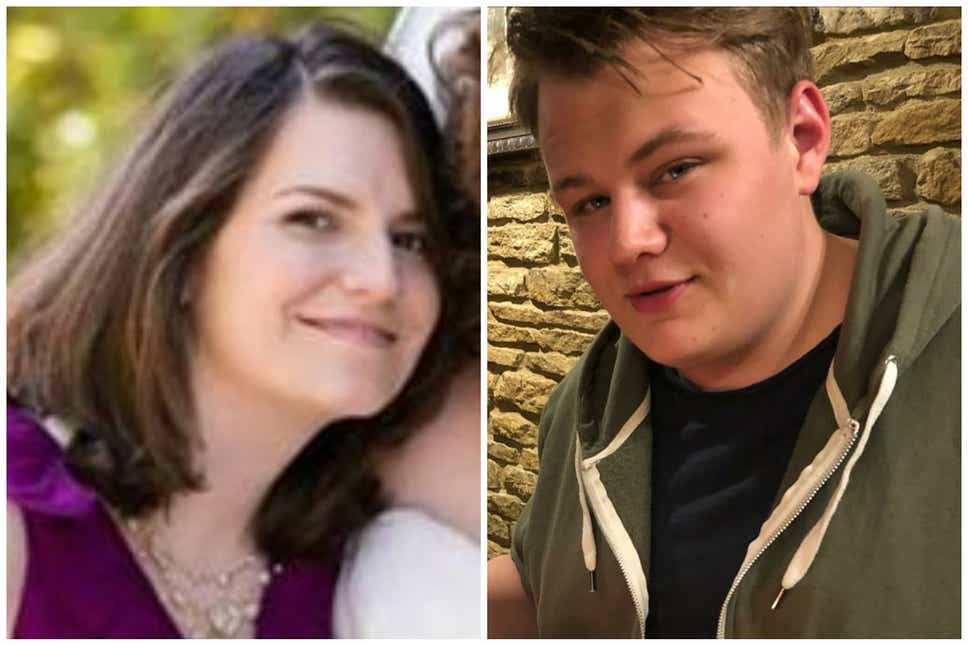 The 45-year-old was driving on the wrong side of the road when she hit 19-year-old Mr Dunn’s motorbike outside a US military base in Northamptonshire on August 27, 2019.

Members of the Dunn family were at the Old Bailey on Thursday as Sacoolas – appearing via videolink from America – entered a guilty plea to causing death by careless driving.

Parents Charlotte Charles and Tim Dunn sat behind barristers, while their supporters – wearing bright green ties and scarves – watched from the public gallery.

Mrs Justice Cheema Grubb adjourned sentencing until late November, and urged Sacoolas to fly to the UK for the hearing as a show of remorse.

She said the punishment could be as low as a medium level community order while a three-year prison sentence was at the top of the sentencing range. But she also acknowledged whatever sentence is passed will be unenforceable if Sacoolas remains in the US.

Prosecutor Duncan Atkinson KC said the case had been considered at the top level of the CPS before a decision was taken to accept Sacoolas’ plea to causing death by careless driving, and not to pursue the more serious allegation of causing death by dangerous driving.

“This case relates to the fatal injury of 19-year-old Harry Dunn on the evening of August 27, 2019, following a collision between hs motorbike and the car being driven by this defendant”, he told the hearing.

“(She) was at the time driving on the wrong side of the road, having turned from an air base in Croughton on her way home, having travelled a distance of 350m over a period of 23 to 26 seconds. 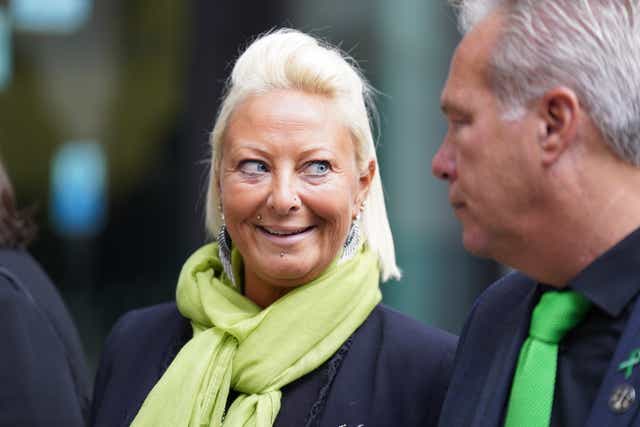 “While the Crown recognises objectively driving on the wrong side of the road – putting at risk vulnerable road users such as motorcyclists – is capable of amounting to dangerous driving, regard must also be had to the subjective culpability of the offender.

“In particular, the culpability of overseas nationals without experience of driving on the roads of this country can properly be approached as less than that of UK nationals with more familiarity with our road traffic laws.

“The prosecution took account of that and other mitigation available to the defendant and the balance of the interests of justice. It has been considered at a very high level with the very greatest of care, and in close consultation with Harry’s family.

“The Crown considers the plea to death by careless driving, in the particular circumstances and facts of this case, is an appropriate one.”

The tragic death of Mr Dunn sparked an international diplomacy row when Sacoolas, the wife of a CIA officer Jonathan Sacoolas, left the UK 19 days after the crash.

Her husband had been stationed at RAF Croughton, and diplomatic immunity was asserted on behalf of his wife when she was allowed to leave the country.

Mr Dunn’s parents, Charlotte Charles and Tim Dunn, launched a campaign for Sacoolas to be brought to justice in the UK.

On a trip to America, they met at the White House by then-President Donald Trump who ambushed them with the news that Sacoolas was in the next room, waiting to speak to them.

“The bombshell was dropped soon after we walked in the room: Anne Sacoolas was in the building and was willing to meet with us”, Ms Charles said afterwards, revealing they turned down the meeting as it was unexpected and would have taken place without mediators or therapists.

“We made it very clear that, as we’ve said all along, we will meet with her and we would still love to meet with her, but it has to be on our terms and on UK soil.”

The family consistently said that justice would only be done once Sacoolas faced a criminal charge in a UK court.

The US blocked an attempt to extradite Sacoolas to the UK to face trial, and the family’s High Court legal action against the Foreign Office over the decision to let her leave ultimately failed. 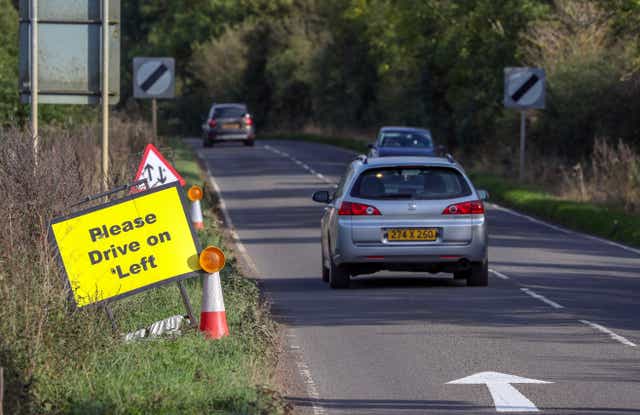 A criminal charge was laid against Sacoolas by the Crown Prosecution Service in December 2019, but the case stalled until a court hearing at Westminster magistrates court was set for January this year.

However the hearing was aborted to allow for further talks between prosecutors and Sacoolas’s lawyers.

A fresh hearing was eventually agreed for last month and Sacoolas was formally charged by letter on September 26. She appeared over a videolink from her lawyer’s office in Washington DC to face the charge of causing death by dangerous driving for the first time.

Chief Magistrate Paul Goldspring sent the case to the Old Bailey and warned Sacoolas she may have to fly to the UK if a senior judge did not permit the case to continue via videolink.

However, Sacoolas was once again in court today by virtue of a videolink from the US, pleading guilty to a lesser charge of causing death by careless driving.

In pre-prepared remarks to close the hearing, Mrs Justice Cheema Grubb said today that she has already received written submissions from prosecution and defence on the possible sentences that Sacoolas may face.

She said a recent law change meant Sacoolas could properly face justice via videolink from abroad, but added: “The existence of the power doesn’t mean it will be exercised.”

“It is agreed any sentence I impose is likely to be unenforceable while the defendant remains outside the UK”, said the judge.

She said a display of remorse would be “powerful mitigation” and encouraged Sacoolas to fly to the UK for the sentencing hearing.

“Attention has rightly been drawn to the remorse demonstrated by Ms Sacoolas in cooperating with proceedings at all”, she said.

“Despite her conviction today, there is no order I can make to compel her attendance at the Central Criminal Court for sentencing.

“At the same time, there is no barrier whatsoever to her travelling to the UK to appear in court to be sentenced. None has been suggested.

“I direct that Ms Sacoolas attends court in person to be sentence. If the sentence is…one that doesn’t involve immediate custody, there would be no barrier to her returning home after the hearing.”

The judge added: “Surrendering to the court would provide weighty evidence indeed of genuine remorse.”

In a statement in September 2020, US lawyers for Sacoolas said she was open to participating in virtual court proceedings and “has never tried to avoid being held accountable for the tragic accident”.

“She would like nothing more than to find a path forward and to provide the family some measure of peace”, they said, setting out what happened in the run-up to, and immediate aftermath of the crash.

“Anne did everything she could to assist Harry. After the accident, she ran from her car and tried to help him”, they said in the statement.

“Anne then saw another motorist approach and flagged her down for more support.

“The other motorist immediately called for the emergency services and Anne made calls to alert the police from the nearby air force base.

“The base police arrived quickly and assisted Harry. 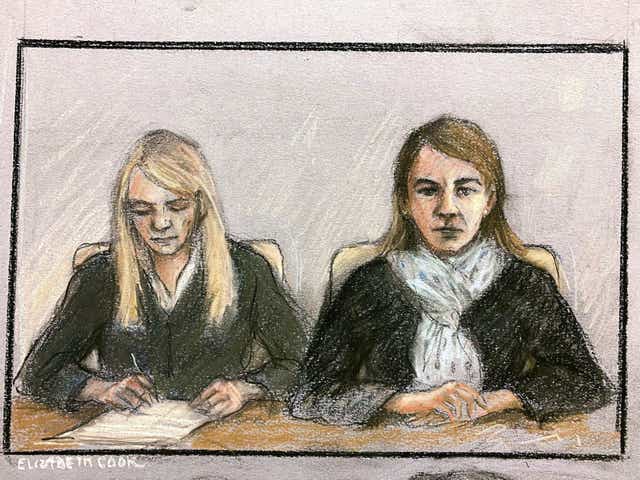 “Tragically, it took over 40 minutes for the ambulance to arrive and nearly two hours passed before Harry was admitted to the hospital.

“Anne did not leave the scene until she was instructed to do so by the UK authorities.”

Mr Dunn’s family sued Sacoolas in the US, in a case that was resolved privately in September last year.