The attacker turned the gun on himself after killing several people in the central Udmurtia region.

Police and emergency services workers responded to a school shooting in Izhevsk, Russia on Sept. 26, 2022, in which authorities said at least 12 were killed. (Reuters) (Stringer/Reuters)

Children were among the 13 victims killed by a gunman at a school in central Russia on Monday, local police and government officials said.

“Thirteen people, including six adults and seven minors, were killed because of this crime,” Russia’s Investigative Committee said in a statement, adding that 14 children and seven adults were injured in the school in Izhevsk – a city of about 640,000 people about 960 kilometres (596 miles) east of Moscow in the Udmurtia region.

The regional governor, Alexander Brechalov, said: “There are victims among the children, there are wounded too.”

Russia’s interior ministry confirmed the shooting on its Telegram feed. 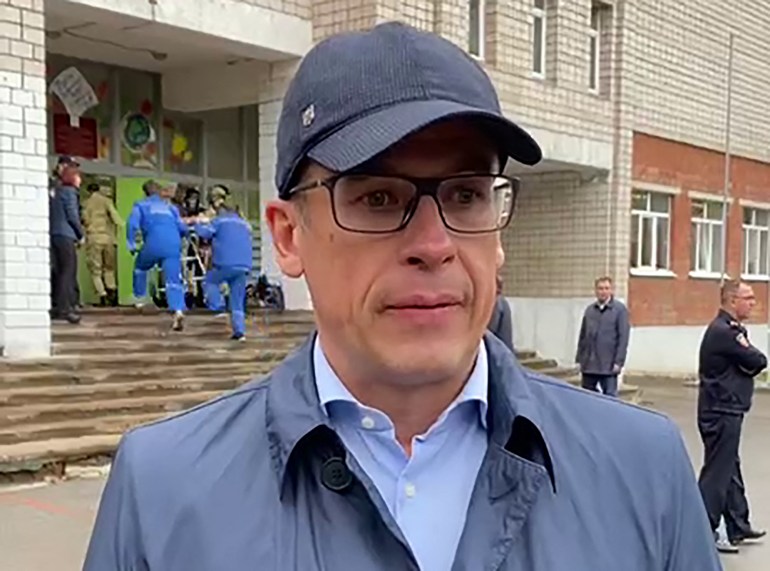 This screen grab taken from a footage published on September 26, 2022 on the Telegram account of Alexander Brechalov, Head of the Udmurt Republic, shows him speaking in front of school No88 in Izhevsk [Telegram / @brechalov/AFP]

“Any shooting at a school is a cause for deep concern for authorities, families and the nation in general. We have seen that in the United States and many other countries,” said Al Jazeera’s Mohamed Vall, reporting from Moscow. “But Russians are saying this is not a frequent occurrence in Russia – and most of the time it is difficult to establish the motives behind it.”

Citing the Committee, Vall said the shooter carried “two pistols on him and a large supply of ammunition”.

The Izhevsk school, which teaches children aged from six to 17, has been evacuated and the area around it has been fenced off.

No details about the gunman, who later shot himself, or his motives have been released. The attack came just hours after a man had opened fire and severely wounded a recruitment officer at an enlistment centre in Siberia. 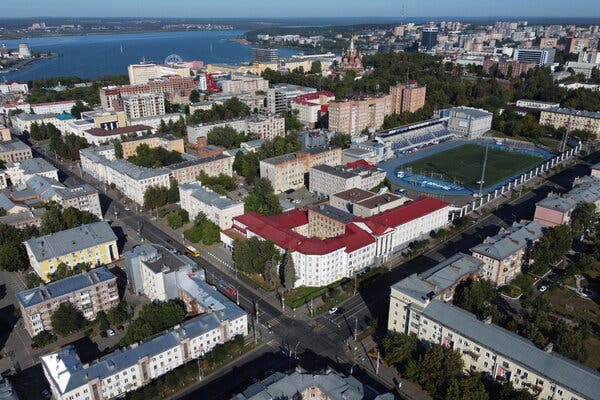 “The president wishes for the recovery of those injured as a result of this inhuman terrorist attack,” Kremlin spokesman Dmitry Peskov told reporters.

The last such tragedy took place in April 2022, when a man killed two children and a teacher at a kindergarten in the central Ulyanovsk region before killing himself.

In May 2021, nine people – including seven children – were killed after a lone teenage gunman opened fire in Russia’s southwestern city of Kazan.

In 2018, a student at a college in Russian-annexed Crimea killed 20 people before turning his gun on himself.

Other high-profile shooting cases have taken place in Russia’s army, putting the issue of hazing in the spotlight in the country were military service is compulsory for men aged between 18 and 27.

In November 2020, a 20-year-old soldier killed three fellow servicemen at a military base near the city of Voronezh. In a similar attack in 2019, a young recruit shot dead eight servicemen, saying he faced bullying and harassment in the army.