Multiple children at a Pennsylvania day care were sickened Tuesday morning after carbon monoxide leaked in the building, officials said.

According to WFMZ-TV, 27 children and teaching aides were rushed to four nearby hospitals, where they all were in stable condition.

All of Allentown’s ambulances were responding to the leak, according to the station. Multiple children were reportedly carried out of the day care on stretchers and taken to hospitals across the Lehigh Valley.

As some children remained at the scene awaiting transportation, a neighboring day care was allowing the children to stay there and keep warm, the report said. 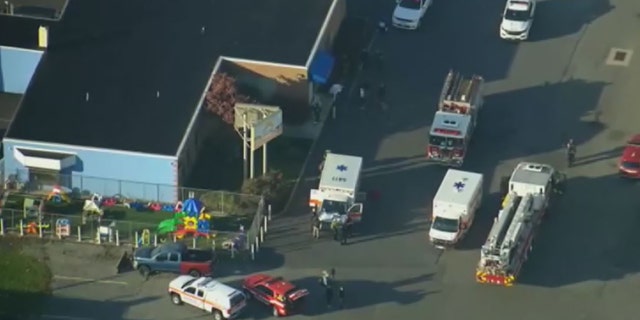 All the ambulances in Allentown, Pennsylvania, reportedly responded to the incident. (FOX29 Philadelphia WTFX)

Officials said that parents have been notified of the incident.

The emergency call was prompted when one child fell unconscious. Responding firefighters detected carbon monoxide and initiated a full evacuation.