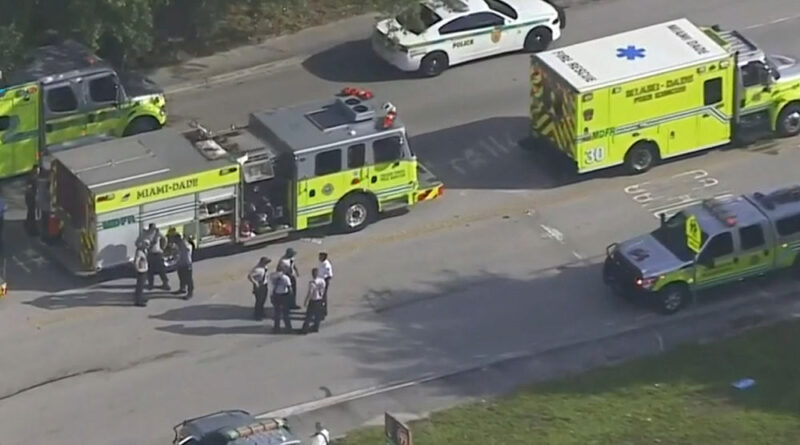 RALEIGH, N.C. — At least four people were injured in what police have called an “active shooting” in a Raleigh, North Carolina, neighborhood.

Although officials in the neighboring city of Knightdale said in a tweet Thursday night that a suspect had been captured after the shooting, Raleigh police told residents to stay in their homes.

“This remains an active investigation. No suspects are in custody at this time,” Raleigh Police tweeted. “Residents in the affected area are advised to remain in their homes until further notice.”

Helicopter footage from CNN affiliate WRAL-TV showed more than a dozen emergency vehicles lined up on a road through a wooded area.

A local hospital said four victims from an active shooting scene are being treated at a trauma center.

Deb Laughery, spokesperson for the WakeMed Health and Hospitals system, told CNN she did not immediately have information about the victims’ injuries or conditions.

Police have not released any information on the shooter or shooters.

Multiple law enforcement agencies are involved in the investigation, Raleigh Police tweeted. Police also advised residents in the Hedingham neighborhood to remain indoors in the tweet.

Police later tweeted that residents in the specific area of “McConnell Oliver Drive, Tarheel Club Drive, and Old Milburnie Road are being advised to remain indoors. Drivers are advised to avoid the area and seek alternate routes.”

“State and local officers are on the ground and working to stop the shooter and keep people safe,” the governor said.

This is a developing stor