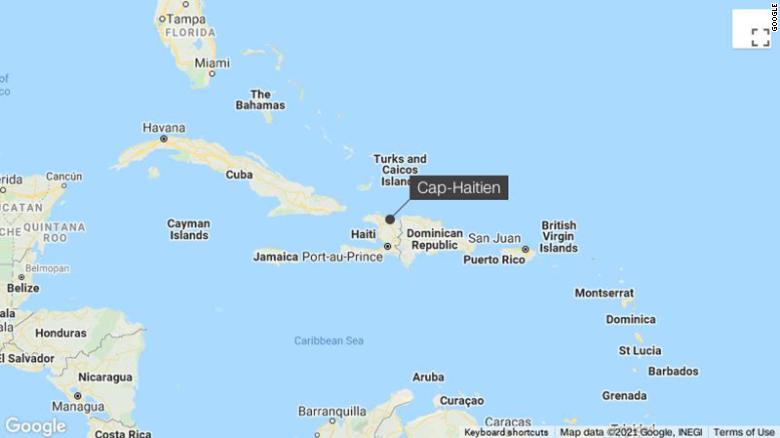 The death toll currently stands at 59, according to the city’s Deputy Mayor Patrick Almonor, who also extended an appeal for blood donations and called the overall situation “critical.”
“We have 59 people killed so far, and we have dozens at the hospital and health centers across the city,” said Almonor, who called for urgent care and blood donations for the injured.
“We have nearly 50 houses impacted by the fire and most of them will need to be demolished asap,” he added.
“The city will need a lot of help to come out of this tragedy, the central government is offering to help but we are waiting to see it. We believe we will need more than just the central government, the situation is critical.”
Medical officials have issued a public appeal for blood donations, a civil protection agency spokesperson told CNN.
Haiti’s Prime Minister Ariel Henry reacted to the tragedy on Tuesday morning, tweeting: “I learned, with desolation and emotion, the sad news of the explosion, last night, in Cap-Haitien, of a tanker truck transporting gasoline, and which caused, according to a partial report, about forty dead, dozens injured, as well as extensive material damage.”
Local officials say rescue efforts are ongoing and that the death toll is expected to rise.
Henry later declared three days of national mourning in the wake of the explosion, “in memory of the victims of this tragedy which grieves the entire Haitian nation.”
This is a breaking story. More to follow.