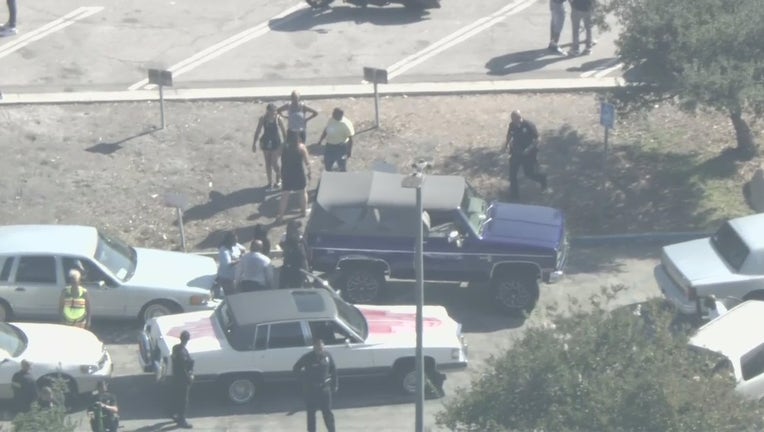 SAN PEDRO, Calif. – At least seven people were injured Sunday afternoon after a shooting near a car show at a San Pedro park, according to the Los Angeles Fire Department.

Reports of a shooting at Peck Park in San Pedro came in just before 4 p.m. Sunday, the Los Angeles Police Department tells FOX 11. SkyFOX was live over the park, where first responders could be seen giving chest compressions to an individual. LAFD has confirmed seven victims on the scene — four men, three women — but other information about the victims has not been released.

SAN PEDRO UPDATE: At least 7 people wounded at a shooting at a park in San Pedro. 4 male & 3 female victims. No official word on deceased yet. Shooting happened at a car show @FOXLA pic.twitter.com/yxOJ1q6pck

All seven of those patients have been taken to area hospitals. LAFD confirms that at least three of those victims had gunshot wounds, including one man and one woman.

This is a developing story and will be updated as more information becomes available.