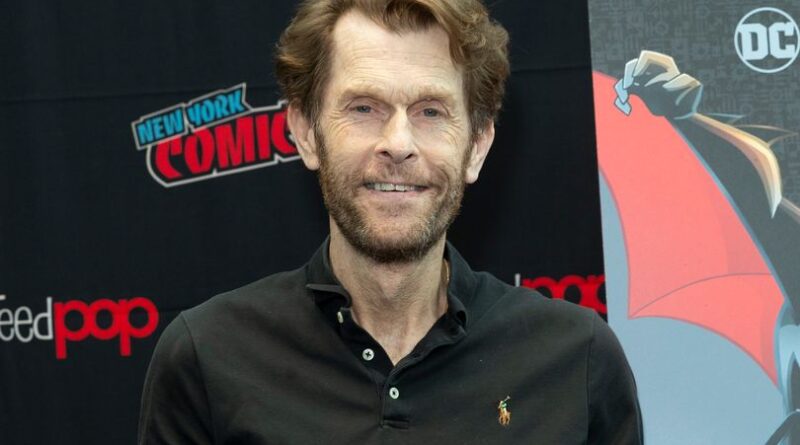 Kevin Conroy, best known for voicing Batman in various animated TV shows, feature films and video games, has died at the age of 66 after suffering from an unknown illness ‘for a while’

Batman star Kevin Conroy has died at the age of 66, it has been confirmed.

The voice of Batman gained millions of fans across the world thanks to his work in multiple animated TV shows, feature films and video games featuring the caped crusader.

The news of the star’s death was confirmed by Diane Pershing, the voice of the DC character Poison Ivy, earlier today but Conroy’s estate is yet to make a statement.

“Very sad news: our beloved voice of Batman, Kevin Conroy, died yesterday. He’s been ill for a while but he really put in a lot of time at the cons, to the joy of all of his fans. He will be sorely missed not just by the cast of the series but by his legion of fans all over the world,” she wrote on Facebook earlier today.

Tributes have been pouring in for the late star

Actor Kevin Conroy has sadly died at the age of 66 (Image: Getty Images)

Conroy first took on the role of Batman, aka Bruce Wayne, back in the early 90s when he provided the voice for the comic book hero in Batman: The Animated Series.

The late voice actor was a hit with fans and went on to star in more animated TV shows and movies involving the superhero’s antics over the years, as well as video games including Arkham Knight and Arkham City.

He most recently voiced Batman in a 2019 episode of spin-off Batwoman.

As the news of Conroy’s death broke earlier today, many fans took to social media to mourn the late star and share how his work had impacted their lives.

“Damn, Rest in Peace Kevin Conroy,” one grieving fan began on Twitter. “The Batman voice I grew up with, and kept growing up with. Such a talented dude and an absolute legend.”

YouTuber SomeCallMeJohnny tweeted a snap of himself with Conroy and wrote: “I’m f***ing gutted. Kevin Conroy WAS Batman for me for decades, and I still can’t believe he’s passed.

Conroy meant a lot to fans of the Batman franchise (Image: Getty Images)

“What an absolute sweetheart of a man that I had the pleasure of meeting.

“Rest in Peace, Mr. Conroy. My condolences to his friends, family, and all Batman fans.”

Another fan and film critic added: “Kevin Conroy is gone. His deep and distinctive voice was the definitive sound of Batman for several generations of fans. I’m absolutely stunned and devastated. RIP.”

Conroy received widespread praise last year when he penned a piece titled ‘Finding Batman’ as part of DC Comics’ 2022 Pride anthology, in which the star looked back on his life and experiences as a gay man.

‘Finding Batman’ follows Conroy’s family history, his life as an actor, his memories from working through the AIDS epidemic, with the death of friends and family, forming him as a person.

Inside the many controversies of Jerry Lee Lewis, as rocker dies aged 87