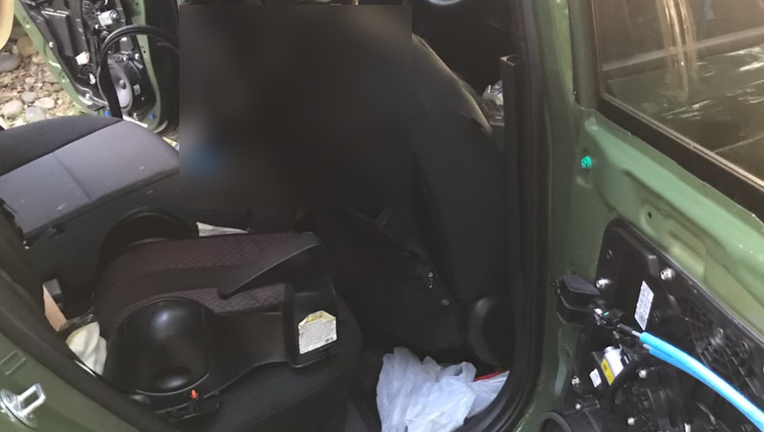 SEVIERVILLE, Tenn. – A black bear died in Tennessee after getting stuck inside an unlocked parked car that had empty food packaging on its floorboard, wildlife officials said.

According to the Tennessee Wildlife Resources Agency, the car was parked outside a rental cabin in Sevierville, a town in the foothills of the Great Smoky Mountains. The car’s owner reportedly left the cabin in a different vehicle around 10 a.m. and found the bear dead inside when they returned at 6:45 p.m. Investigators believe the bear used its teeth or paws to get inside the unlocked vehicle, then got trapped when the door shut behind it.

According to the National Park Service, when black bears are fed by humans or have access to garbage and human food, their behavior changes and they “lose their instinctive fear of humans.” The Park Service estimates there are at least 1,500 bears living in Great Smoky Mountain National Park, a protected habitat for black bears.

Bear chows down on McDonald’s after smashing car window

The tiny town of Jackson, New Hampshire, is dealing with a bear that’s become a big nuisance.

Black bears typically live 12-15 years, NPS says, but bears with access to human food typically live only half that long. They’re most active during early morning and late evening hours in spring and summer. Mating usually takes place in July.

“Notice the empty soda can and food package on the floorboard,” Tennessee wildlife officials said. “Bears have noses 7 times better than a bloodhound and can smell even the faintest odor of food inside a vehicle. Lock your doors, roll up your windows, and never leave food or anything that smells like food inside! Empty food containers, candy wrappers, fast food bags, and even air fresheners can attract bears.”

How to be “bear wise”

Here are some other tips on how to protect bears – and yourself – when camping or enjoying the great outdoors, courtesy of the National Park Service: