Rumor has it that “American Sniper” actor Bradley Cooper is dating Anthony Weiner’s ex-wife Huma Abedin all thanks to Anna Wintour, per a report by Page Six.

Multiple sources told the publication that Hillary Clinton’s top aide has been seeing the A-list actor for a few months now. They confirmed that the Vogue mogul made the introduction, which led to a romantic pairing.

Another insider said the new couple was keeping a low profile for now. “Bradley has been quietly dating Huma for a few months now, [and] they’ve been keeping it really quiet,” they said. “Bradley broke up with [actress] Dianna Agron and started dating Huma.”

The source said Abedin has only shared the news with a few friends so far. That person said this match is ideal because of shared interests.

“They are perfect for each other,” they told Page Six. “They’re both into power and politics and human affairs.”

Abedin would be moving on after going through a disastrous split from disgraced former congressman Anthony Weiner (D-NY), who was sentenced in 2017 to 21 months in prison for engaging in a sexual conversation with a minor via text.

“I had my heart broken, dragged out, stomped on, humiliated. I lived with shame, in shame, for so long,” Abedin told The Cut. “In hindsight, I was in extreme trauma.” 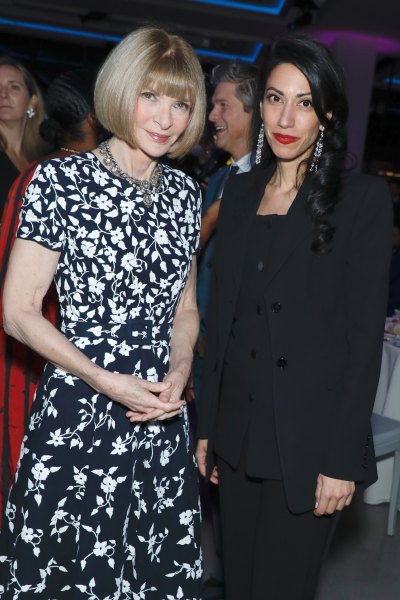 In an excerpt from her memoir “Both/And: A Life In Many Words,” Abedin described learning of her ex-husband’s exploits.

“He admitted he had intended to send the picture as a direct message with someone he had befriended over Twitter, but accidentally posted it publicly and deleted it (but not before someone had screen-grabbed it), that it had been a tawdry joke, a dare, it didn’t mean anything and he was ashamed and embarrassed and sorry that he had brought this upon us,” the former aide recalled.

“I felt something explode inside my chest, and suddenly it was hard to breathe. I was simultaneously filled with rage and stunned to my core. It felt like a bolt of lightning had struck me and run straight through my body,” she continued.

Cooper, meanwhile, was married to actress Jennifer Esposito from 2006 until 2007. He shares a 5-year-old daughter, Lea, with his ex-fiance Irina Shayk, a Russian model, and actress who he dated from 2015 until 2019.

The actor has been romantically linked with many Hollywood stars, from Renee Zellweger to Zoe Saldana. But, for the most part, Cooper stays under the radar and doesn’t make a public spectacle of his private life.