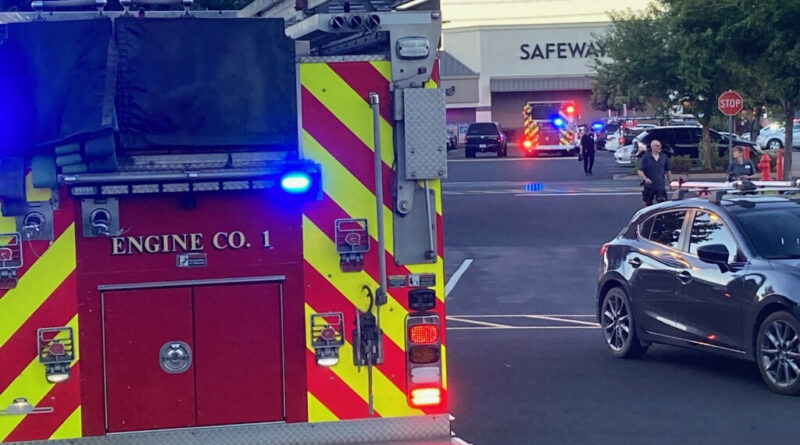 By PAUL FARRELL FOR DAILYMAIL.COM

Three people were killed when a gunman opened fire at shopping mall in Bend, Oregon, on Sunday evening.The city of Bend is located 175 miles south east of Portland. The incident took place at the Forum Shopping Center.

Bend Police Department spokesperson Sheila Miller said that the shooting began close to the Big Lots store in the mall. The gunman then moved on where he killed a person at the door to the Safeway supermarket.

Another person was killed at the back of the store, according to Miller.

The other dead person is the gunman, Miller said.

Miller described the gunman as being armed with an AR-15 rifle.  Emergency services were called to the mall around 7 pm local time. 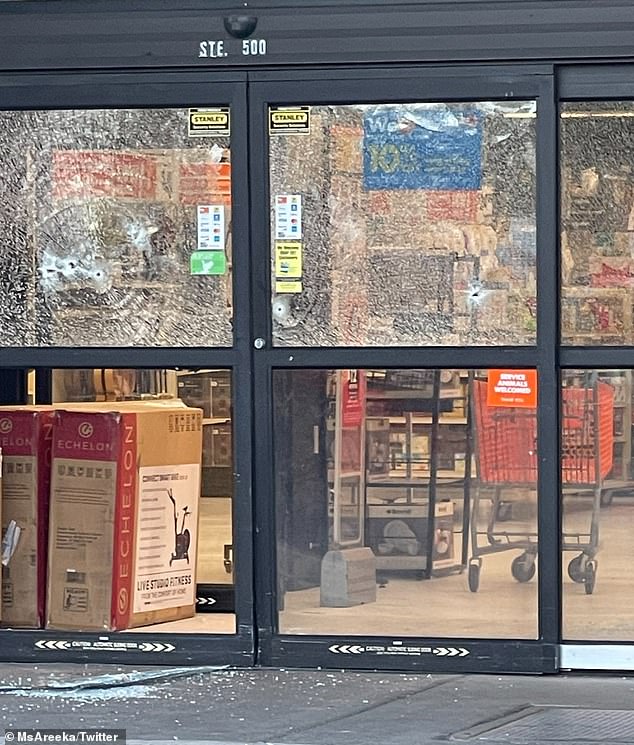 A picture from the scene showing the shattered windows at the front of the Safeway store following the fatal shooting in Bend, Oregon 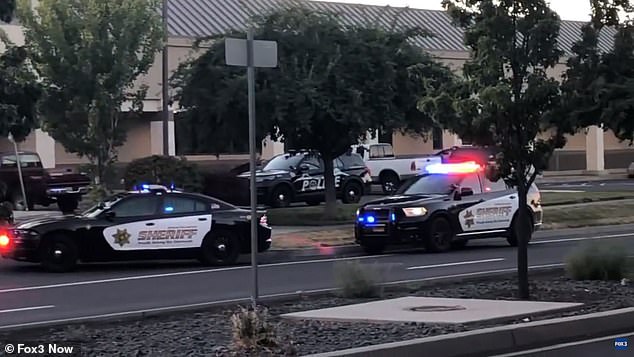 Photos and video from social media showed a massive police response at the mall. The Bend Police Department have advised the public to avoid the area 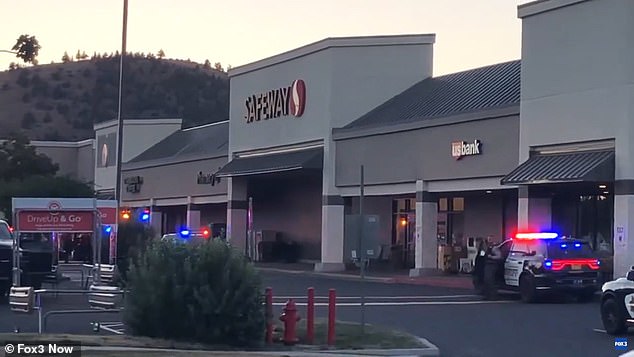 The gunman was armed with an AR-15 rifle during the attack, authorities said

Photos and video from social media showed a massive police response at the mall. The Bend Police Department have advised the public to avoid the area.

A Safeway employee told the Bend Bulletin that the gunman fired ‘multiple shots’ while inside the story.

KTVZ reports that St. Charles Medical Center has confirmed that they received two patients, one was pronounced dead on arrival.

The station also reported that multiple witnesses described the suspect as being clad in black, carrying two duffel bags.

Speaking to the Bend Bulletin, a woman who was in the store with her husband, Molly Taroli, said that when she heard the gunfire, she took her gun out of her purse while her husband ran out of the store to get his gun.

Taroli said that she then began running to the back of the store alongside Safeway employees who were telling people: ‘Go! Go! Go!’

Customers were brought into the stock room and out through the back door.

More than 50 percent of Oregonians own firearms, according to statistics. Open carry of firearms is legal statewide without a permit. Concealed Handgun licenses are required.