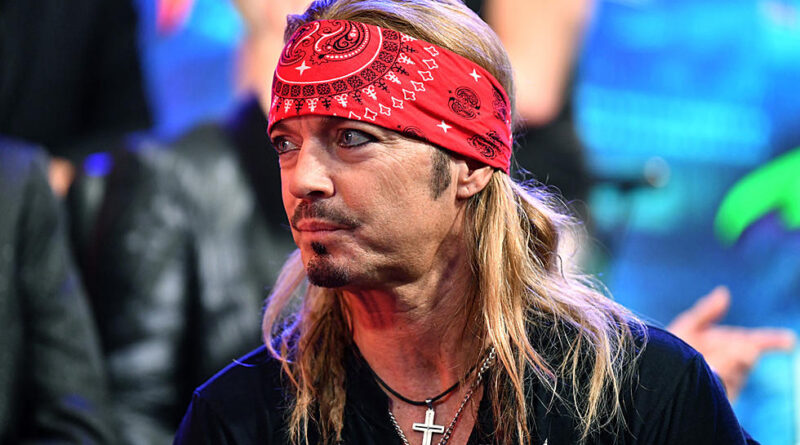 Rocker and country singer Bret Michaels was hospitalized in Nashville on Thursday night (June 30). An unforeseen medical issue caused his band, Poison, to cancel their performance at Nissan Stadium.

Multiple outlets report that Michaels’ bandmates came to the front of the stage prior to their scheduled performance and announced the band would not play because the singer had been taken to the hospital. They said a bad reaction to medicine was the cause. TMZ adds that it was medicine related to COVID-19.

Before midnight, Michaels took to social media to let fans know he was sorry and that he was working hard to get back to normal. The other bands on the bill for the stadium show were Motley Crue, Def Leppard and Joan Jett. They played as scheduled.

“To the incredible fans in Nashville, thank you for all your well wishes,” the 59-year-old Michaels says. “I was truly fired up to get on stage in the Music City and perform, but due to an unforeseen medical complication & following hospitalization, it was not possible.”

Michaels went on to apologize and commit to recovering to 100 percent. He has known health issues and has suffered near-fatal episodes in the past. In 2019, the singer spoke candidly with Taste of Country about his diagnosis of Type-1 diabetes. He also suffered a brain hemorrhage in 2010 that put him in intensive care for two weeks. In 2011, he had surgery to repair a hole in his heart following a miniature stroke.

Bret Michaels Reveals That His Father Has Died

In 2014, it was kidney surgery and several subsequent hospitalizations. Through it all he’s kept a positive attitude and continued to perform as much as possible. Over the last 10 to 15 years, Michaels’ focus as a solo artist has been on country music, and he frequently performs at country festivals. Duets with Miley Cyrus and Jessica Andrews can be found peppered among his country singles anthology.