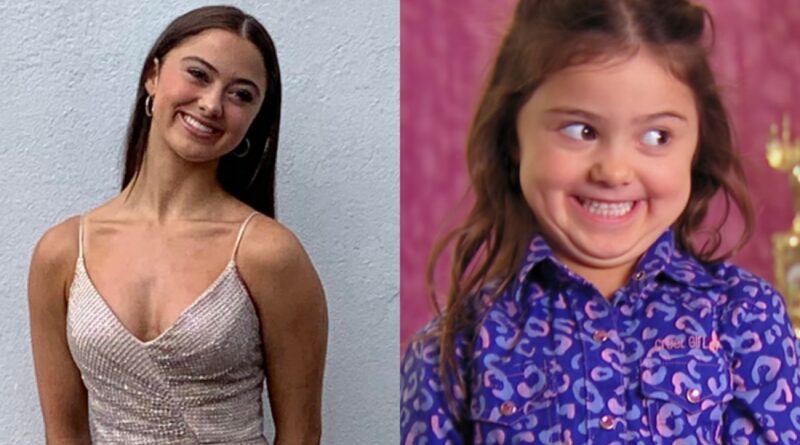 According to her family, 16-year-old former “Toddlers and Tiaras” star Kailia Posey died of suicide.

Posey’s family had announced her death on Monday.

The family told TMZ on Tuesday, “Although she was an accomplished teenager with a bright future ahead of her, unfortunately in one impetuous moment, she made the rash decision to end her earthly life.”

“She won countless crowns & trophies after competing on the pageant circuit her entire life … ,” the family added. “Her highly acclaimed talent as a contortionist had already led to professional touring job offers, and she had recently been selected to be a cheerleader at her high school next fall.”

On Monday, Kailia’s mother, Marcy Posey Gatterman, wrote on Facebook, “I don’t have words or any thoughts. A beautiful baby girl is gone. Please give us privacy as we mourn the loss of Kailia. My baby forever.”

“Toddlers and Tiaras” first aired on TLC for seven seasons and ended in 2013, The Daily Wire noted.

After appearing on “Toddlers and Tiaras” when she was five years old, Kailia Posey competed in beauty pageants as she grew older, including the Miss Washington Teen USA pageant in February. She enthused in February, “I’m going to be competing in Miss Washington teen USA in February and I am so excited!”

As a young child, Kailia Posey became famous for a photo of her that became a popular GIF that was captioned “grinning girl.”

Kailia Posey, who became a popular GIF from her appearance on the reality TV show “Toddlers & Tiaras,” has died unexpectedly at age 16, her mom says pic.twitter.com/BVtBmUrQob

The Daily Wire noted that the show “Toddlers & Tiaras” “inspired a lot of backlash from critics for objectifying young girls and having them dress in very provocative ways,” adding:

In an August 2015 custody hearing for a child featured on the show, a court-appointed psychologist said, “Children adorned with pageantry identities are not ‘playing’ or ‘pretending.’ Instead, they are trained to closely resemble their adult counterparts.” One “Toddlers & Tiaras” mom got chastised for padding her daughter’s chest to look more like Dolly Parton. Another caught heat for having her child mime smoking fake cigarettes on stage.