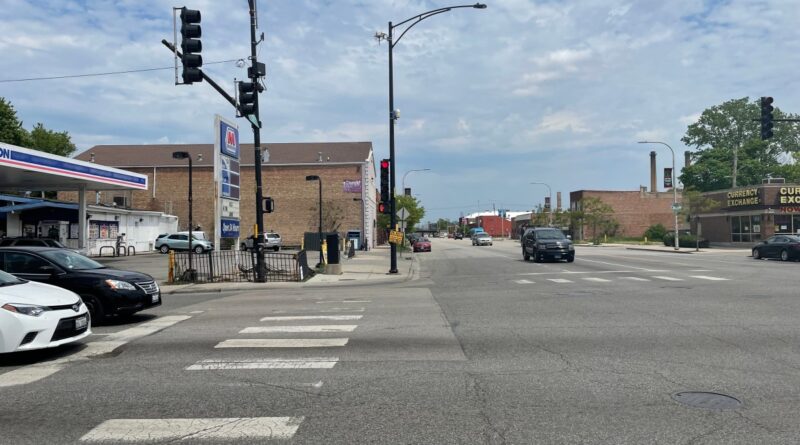 NEWS
20/05/2022 Melana 0 Comments
The chain of events that led to the shooting spanned two days. By all accounts at this point, the teen was unarmed when he was shot by police.

At a news conference Thursday evening, police Supt. David Brown said on Monday, a 2008 silver Honda Accord – which had been left with the keys running – was stolen from the 100 block of West Randolph Street in downtown Chicago, near City Hall, on Monday.

At 7:32 p.m. Tuesday, a Honda CR-V was also left running in Oak Park with a 3-year-old girl in the back seat, Brown said. Thieves came up and took the CR-V with the child inside, Brown said. This incident was described as a carjacking.

The little girl’s mother grabbed onto the car and was dragged before finally falling and breaking her clavicle, Brown said. The CR-V was found abandoned with the child inside shortly afterward, and the child was reunited with her parents.

Meanwhile, Oak Park police said the Honda Accord that had been stolen downtown the night before was also used as a getaway car in the Oak Park incident.

Credit: Colin Boyle/Block Club ChicagoCPD Superintendent David Brown looks on during a press conference at Chicago Police headquarters on May 17, 2022.

On Wednesday, the stolen Honda Accord repeatedly popped up on a license plate reader throughout the day and evening. At 10:12 p.m., license plate readers got a hit on the Accord at Roosevelt Road and Independence Boulevard in Lawndale. The Chicago Police helicopter caught up to the car, and its whereabouts was broadcast to ground units.

At 10:24 p.m. Wednesday, police caught up to the Honda Accord and tried to pull it over, Brown said. Police tried to stop the car at Chicago and Cicero avenues, when someone got out and ran off, police said.

Several officers pursued the person who got out of the car – who turned out to be the 13-year-old boy. He fled to a gas station parking lot in the 800 block of North Cicero Avenue and turned toward the officer, Brown said.

The officer fired his weapon and struck the boy once, Brown said.

Brown said it remains under investigation as to whether the 13-year-old boy was involved in the earlier auto theft crimes, but preliminary evidence indicates that he was.

Brown declined to answer most of the questions reporters asked about the incident.

Sources with direct knowledge of the investigation told CBS 2’s Suzanne Le Mignot the boy was shot in the back. He was in serious condition, and Le Mignot was told he was being treated in the pediatric trauma unit at Stroger Hospital of Cook County.

The teen was under police guard at the hospital.

The first call from police at the scene to dispatchers was a call of shots fired at police at Chicago and Cicero avenues. The call was for a 10-1 for emergency police backup.

But hours later in the Police Department’s description of what happened, there was no mention of officers being shot at. Late Thursday, Brown confirmed there were no shots fired at police.

“The officer’s body camera was activated, and COPA is in possession of 3rd party and POD video that captures the incident. No weapon was recovered on scene,” COPA first deputy chief administrator Ephraim Eddy said in a news release.

When the Chicago Fire Department arrived at the scene, they saw police officers trying to stop the teen’s bleeding.

Brown said at least one other suspect drove off in the stolen car. Officers later found it abandoned on the 3800 block of West Monroe Street. There were no officers struck by gunfire.

An employee at a nearby gas station tells us it’s an area that’s seen a lot of police activity before.

“Too much, this area, you need help police help. I call the police all the time,” Adel M. said.

No officers were injured by gunfire during the incident, but two officers were taken to a hospital for observation, and are in good condition, according to police.

The officers involved will be placed on 30 days’ administrative duty, which is standard procedure in such incidents.

In investigating the incident, COPA will also examine if the CPD foot chase policy was followed.

In a statement Thursday afternoon, Mayor Lori Lightfoot said she has been in contact with CPD Supt. David Brown and COPA Chief Administrator Andrea Kersten regarding the shooting.

“I have full confidence that COPA will investigate this incident expeditiously with the full cooperation of the Chicago Police Department,” Lightfoot said in a statement.

COPA said it will not be releasing any of the video from the scene because a juvenile was involved.