THESE are the chilling last images a 12-year-old who was found dead in a suitcase, as she walked into her building with a female suspect.

The young girl, identified only as Lola, was discovered in a plastic suitcase near her building in the French capital, as Paris police detailed her terrifying injuries. 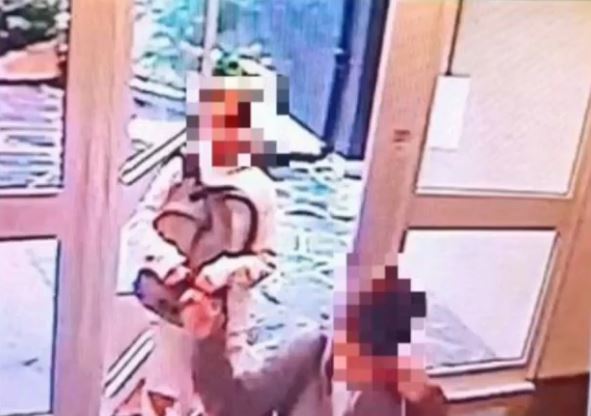 CCTV footage showed Lola (wearing white in the back) in the presence of a female suspect later seen carrying the suitcase near her buildingCredit: BFMTV 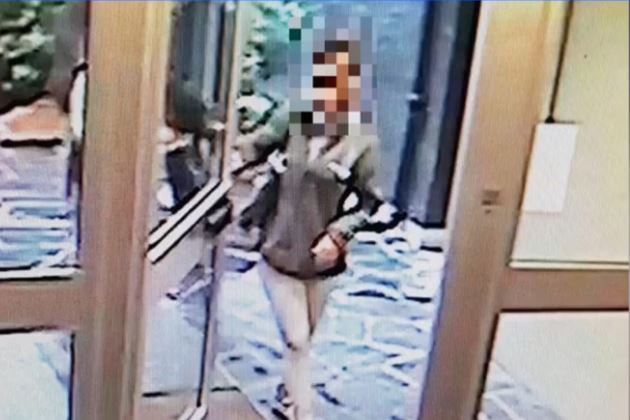 The suspect appeared on CCTV, shared by Lola’s family, walking into the building where she was then filmed with Lola walking behind herCredit: BFMTV 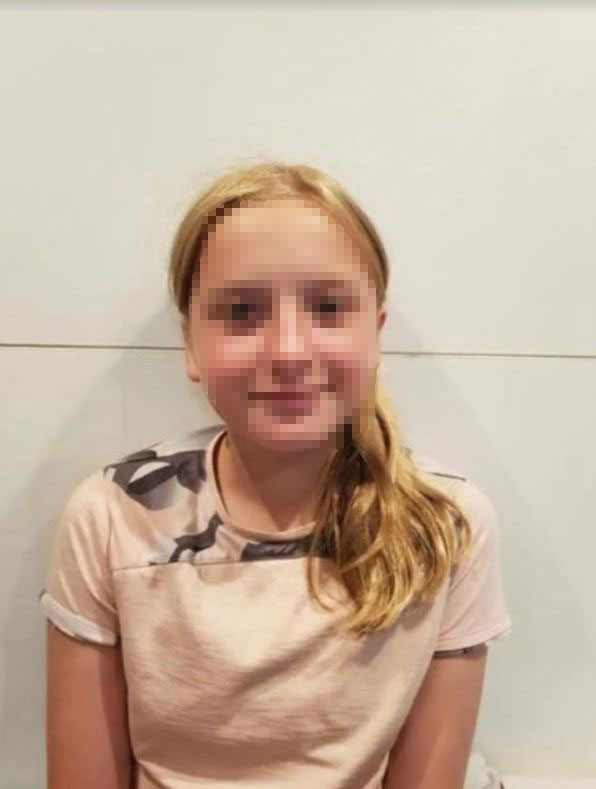 Lola’s mother Delphine shared the photo of the young girl on a public appeal on her Facebook pageCredit: Facebook/Delphine Daviet

Mourners have left flowers and messages outside Lola’s homeCredit: BFMTV

Chilling footage of the little girl wearing a white outfit and carrying her school backpack shows her walking behind a young female wearing a green hooded top and light trousers at 3:20pm.

The suspect, who allegedly dumped the body of a 12-year-old girl in a suitcase, was then seen buying a croissant as if nothing had happened, it is claimed.

A local witness told how he had seen the female suspect – who is now being held by police – walking around with a heavy suitcase two hours after the CCTV caught her with Lola entering the young girl’s building.

“We saw her entering in the building she [the suspect] was alone, and she came out a little later. We saw her half an hour later with the suitcase, she was speaking to everyone, she looked a little crazy,” the witness told BFMTV.

“It was 5pm and she was walking around with that suitcase, she even left it outside a café and went to the bakery opposite to buy a croissant as it nothing had happened.”

Lola had been reported missing by her parents on Friday afternoon after she failed to return from her school, College George-Brassens, in Paris.

The schoolgirl was found hog tied with a slit throat and squeezed into the plastic suitcase at the bottom of a building at 11pm on Friday, police said.

On Saturday, it was revealed mysterious numbers – “1” and “0” – were discovered on her body.

According to BFMTV, the numbers were “placed” on her body – meaning they were not drawn or scraped on her skin.

A post-mortem carried out on Saturday afternoon to accurately determine the cases of death revealed that Lola had died from asphyxia, according to the AFP.

The young girl was found with a important wound to the throat and sellotape across her face, police said.

Lola’s father, who is a caretaker for the building where the 12-year-old disappeared from, had started to worry when the little girl failed to return home after leaving school at 3pm on Friday.

By 5pm, her worried mother Delphine went to the police station to report her missing.

The caretaker was able to review CCTV footage of the building and told police he had seen his daughter walking in around 3:20, in the company of a woman in her twenties he did not recognise.

The footage revealed the young girl entered her building but never made it home.

The family then posted a public appeal on mum Delphine’s Facebook page, asking for help to find their missing daughter, who the parents described as a smiley blonde girl with shoulder length hair.

Lola was wearing white jeans, a hooded white jumper and a grey bag, they wrote.

According to a witness the female suspect, who has only been identified as a 24-year-old, had later asked them for help carrying a suitcase, which she struggled with, to a nearby car.

Around 11.30pm, a homeless man contacted the police after he allegedly discovered a body under fabrics in a suitcase on rue d’Hautpoul, behind the building from which the young girl had disappeared.

The public prosecutor’s office confirmed traces of struggle had been discovered in the third basement of the girl’s building on rue Manin, where cellar sellotape and a box cutter were found.

The 12-year-old’s parents were informed of her death on Saturday at 2am.

Six people have now been arrested in relation to the case, including the woman struggling to carry a suitcase and the homeless man who alerted police, the public prosecutor’s office said.

BFMTV has reported the man is not a suspect in the case.

Following the news, mourners left flowers and messages outside her building.

A letter, written by another young girl and adorned with pink hearts, read: “You Lola, my friend since nursery school, all these memories that come back to my mind, when we loved dressing up with princess dresses and when we loved to annoy your brother. Despite the time that will pass, I won’t ever forget you. RIP”.

An emergency psychological support unit has been set up at Lola’s school, where parents told BFTMV they were not going to let their kids go back to, unless accompanied.

The Paris prosecutor’s office has opened an investigation for “murder of a minor under the age of 15”.

A letter left by a friend of Lola’s, who remembered trying on princess dresses together. Credit: BFMTV 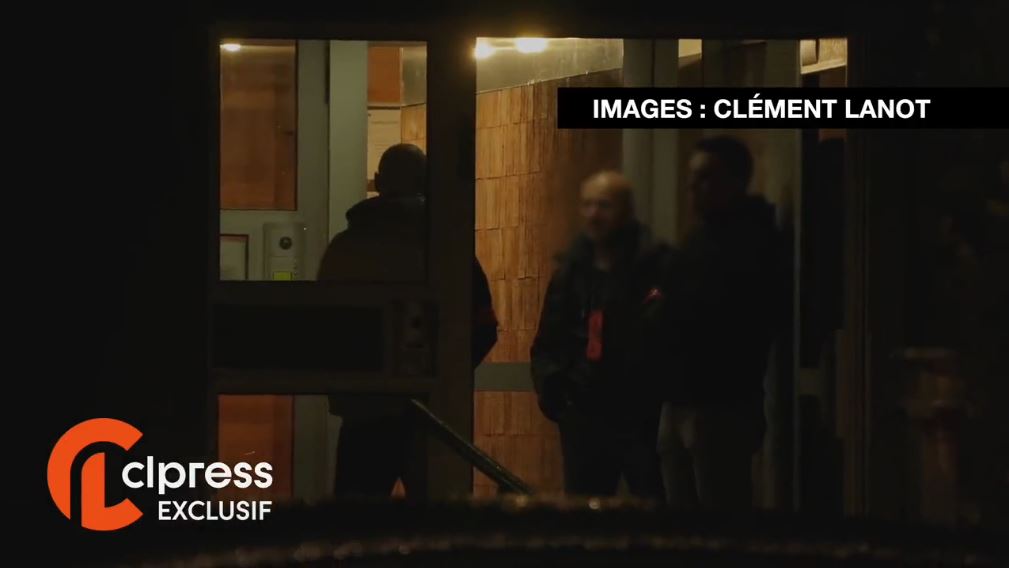 The girl’s parents had reported her missing after she failed to return from schoolCredit: CLPress 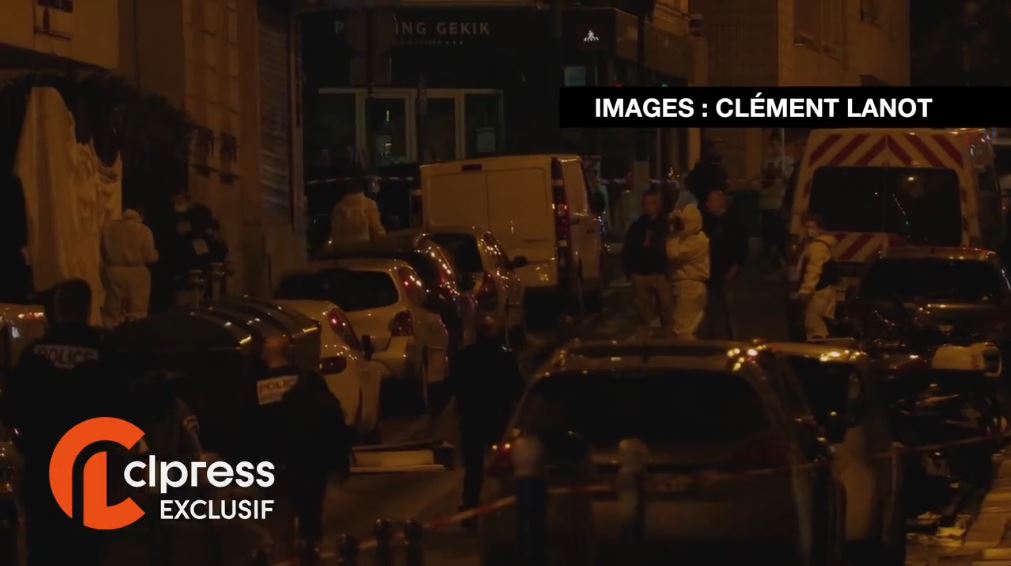 The female suspect is currently being interrogated by police in ParisCredit: CLPress