One of the richest men in China has seen his personal wealth plummet after betting on the success of the Pfizer Covid vaccine.

A Chinese billionaire has been dealt a massive blow following a significant Covid-19 investment involving one of the world’s most prominent vaccine developers.

As the pandemic swept through the world and campaigns for widespread vaccination grew, pharmaceutical boss Guo Guangchang struck a deal with Germany’s BioNTech SE, which partnered with Pfizer to produce one of the world’s most widely distributed vaccines.

The agreement, inked almost a year ago to the tune of $141 million (A$197 million), secured 100 million doses of mRNA shot for distribution in mainland China.

The deal would see Guangchang’s company Fosun Pharma at the forefront of inoculating a big portion of world’s largest population during the peak demand period for vaccines.

Only there’s been one small problem – the Chinese government is yet to approve the Pfizer jab for use.

Opinions on why the Communist state has rejected approving the jab differ wildly. According to Bloomberg analysts, it is “hard to tell when, if ever, the Pfizer-BioNTech vaccine will be approved for mainland China”.

Regulators are still yet to publicly reveal a single reason for its rejection.

Official figures say more than a billion people in China have been vaccinated with state-approved shots made by Sinovac Ltd. and Sinopharm Group.

Zhao Bing, a senior healthcare research analyst at China Renaissance Securities HK Ltd, says the issue over Pfizer getting the green light is “a political issue, rather than an economic or biological one”.

Zhao asserts that the domestic competition in China, coupled with the fact over two thirds of its population had already received a dose, means the likelihood for the jab to be financially successful – even if it is eventually approved – is slim.

“How much market share can Fosun grab?” he said.

“I don’t know, but it’s certainly not looking optimistic.

“It will end up with a far smaller space in the market if the domestic mRNA vaccine is approved first-hand.”

President of the European Union Chamber of Commerce in China, Joerg Wuttke, said the delay for BioNTech reaching hospitals “is a huge mystery”. 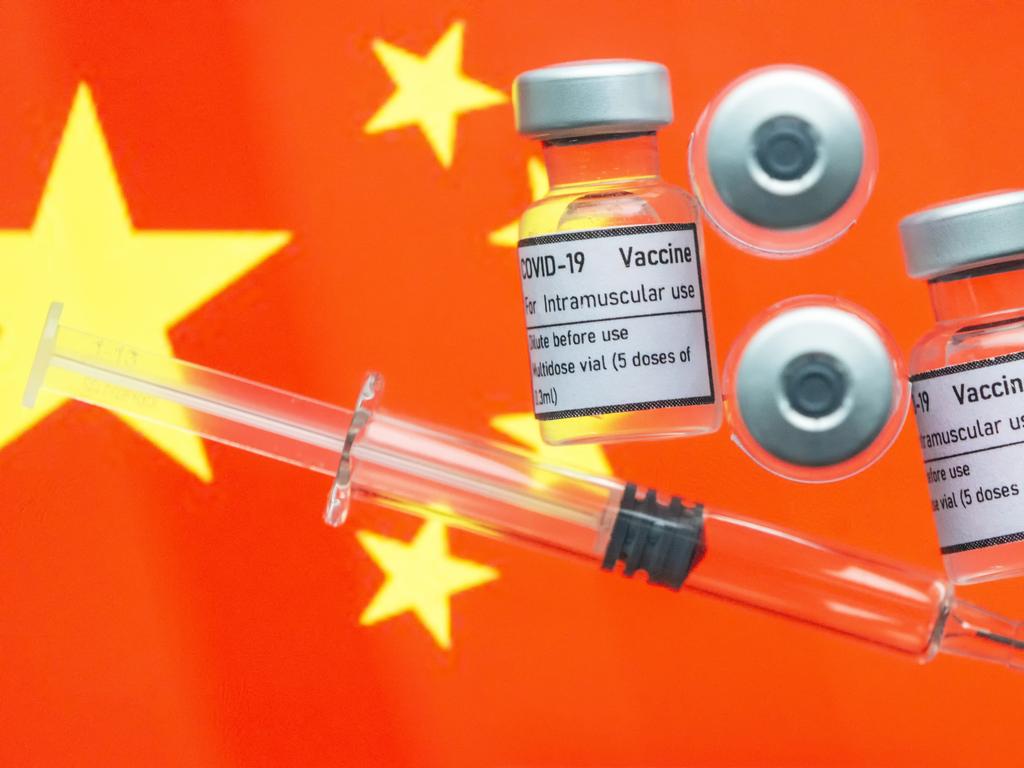 China is yet to approve the Pfizer Pfizer-BioNTech jab for the mainland year on from Guangchang’s deal.

Guangchang, who was in 2019 declared China’s 50th richest man and is often referred to as the “Chinese Warren Buffett”, has taken a massive financial hit since striking the deal.

Guangchang’s company also agreed to invest $100 million (A$141 million) in a joint venture with BioNTech to manufacture the vaccine in a specialised plant in China. The deal was expected to churn out a billion doses of the shot each year upon approval.

Analysts claim the government is reluctant to green-light a foreign vaccine due to fear of showing a lack of faith in its own homegrown technology. Beijing’s reported concern could also be interpreted by nationalists as an acknowledgment that Chinese made vaccines are less effective than ones provided by the West.

“China doesn’t have an mRNA vaccine right now. When it does, it’d better be a domestic one, so that it shows the country is just as capable of pulling it off,” senior healthcare analyst at Bloomberg Intelligence Mia He said in August.

That now appears to be on the cards for Beijing. New reports show China is fast-tracking the development of its first homegrown mRNA Covid-19 vaccine for approval.

The Walvax jab, which is being co-developed with Suzhou Abogen Biosciences Co. in tandem with the Chinese military, is reportedly in its final stage of trials in countries including Mexico and Indonesia with results expected as soon as the New Year. Fosun International Executive Director and Chairman Guo Guangchang has lost over a billion dollars after striking the nine-figure deal in 2020.

The Walvax jab is being slated for use as a booster shot for China’s population, following 2021 reports confirming the waning effectiveness of current vaccines six months on from an initial double dose.

“Boosters will undoubtedly be a significant opportunity for mRNA vaccines in China,” Zhao Bing said.

“It’s very likely the shot could be first given emergency authorisation in China with data from the booster trial.”

Meanwhile, the Chinese government is sticking to its stated intention to eliminate Covid inside its borders for good. However, Beijing’s ambitious Covid-zero plan is under increasing threat, with rising local cases detected for seven consecutive weeks.

In October, a massive 5000-room Covid quarantine facility was opened in Guangzhou at a staggering cost of $361 million in order to house incoming travellers, revealing just how seriously the government was taking its zero-tolerance approach. The Walvax jab, which is being co-developed with Suzhou Abogen Biosciences Co. in tandem with the Chinese military, is reportedly in its final stage of trials.

According to Yanzhong Huang, a senior fellow for global health at the Council on Foreign Relations, the facility was proof of China’s determination to eliminate the virus.

“This is not just a stopgap measure. [Leaders] hold the view that this pandemic is going to take a while to end, and China is going to continue this strict control of its borders,” he told CNN.

The nation has also carried out mass testing, imposed travel restrictions, sacked some officials who have failed to contain outbreaks in their areas and introduced new lockdowns in recent weeks, with workers mobilised to disinfect the homes of confirmed cases in some regions.

The world caught a glimpse of the tough new measures last month when tens of thousands of holidayers were held at Disneyland for testing following an outbreak fear.

The approach has been praised by Chinese state media, with a recent editorial published by Chinese Communist Party mouthpiece The Global Times celebrating the nation as “a true impregnable fortress against the spread of the virus in the world today”.

“Major Western countries have cut air links with countries such as South Africa, showing that these countries are frightened,” the piece read.

“Establishing an immune shield based on the vaccine alone has actually proved to be a risky route, and can even be said to have failed to a large extent.

“China’s dynamic zero-case route has been criticised in the West in many ways. However, if the Omicron variant launches a new wave of attack, it is China that will be best able to block its invasion.”