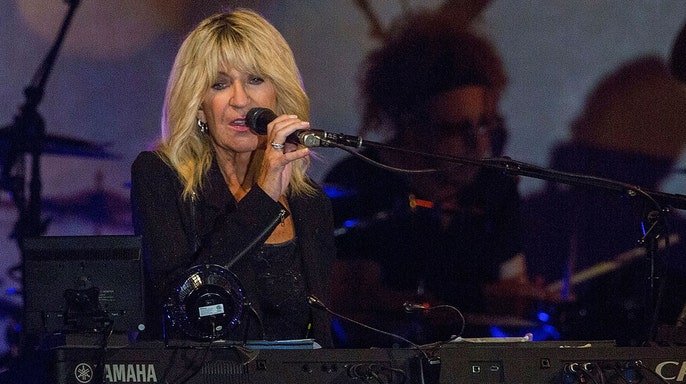 In a statement, the singer’s family told fans she had ‘passed away peacefully’ after a ‘short illness’

Fleetwood Mac singer, songwriter Christine McVie has died at the age of 79.

McVie joined Fleetwood Mac in 1970 after marrying the band’s bassist John McVie. She penned some of the groups most famous tracks including Songbird, Make Loving Fun, Oh Daddy and Little Lies.

Stevie Nicks paid tribute to her former bandmate and “best friend” in a handwritten note on social media, sharing that she had “wanted to be with her”. It was accompanied by the lyrics to Hallelujah by Haim, a song about the death of a friend and a picture of the pair together.

So what songs did McVie write and sing for Fleetwood Mac and did she get on with Stevie Nicks, here’s everything you need to know.

Who was Christine McVie?

McVie was a talented singer songwriter who was best known for being a member of the band Fleetwood Mac. Before joining the group with her husband John McVie in 1970. An integral member of the band, she penned some of their most famous songs including Songbird, You Make Loving Fun and Think About Me. 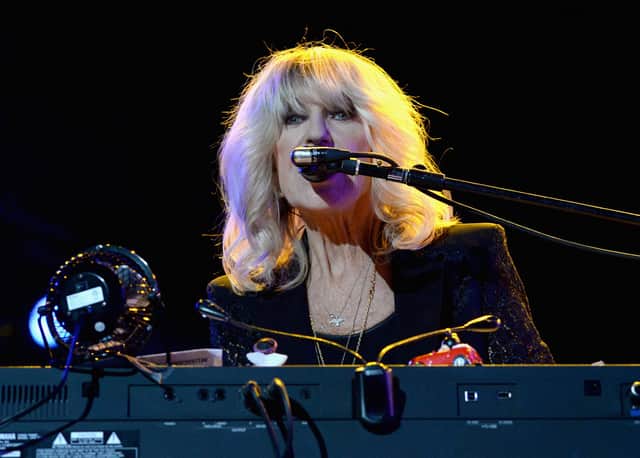 She separated from her husband in 1978 but the pair continued to have a professional relationship, with McVie staying with the band for 28-years, leaving in 1998 not long after they had been inducted into the Rock & Roll Hall of Fame.

In 2017, she appeared on BBC Radio 4’s Desert Island Discs and revealed that she had developed agoraphobia after she quit the band and moved from California to Kent. McVie rejoined Fleetwood Mac in 2014.

Which Fleetwood Mac songs did Christine McVie write and sing?

McVie penned some of Fleetwood Mac’s most famous songs including Songbird, Oh Daddy, Little Lies and Don’t Stop. Other songs she wrote included: Say You Love Me, Over My Head, You Make Loving Fun, Think About Me, Never Make Me Cry, Only Over You and Everywhere.

Her songs contained moving lyrics and referenced real events, such as her split from husband John McVie in 1978. An integral member of the band for nearly three decades, McVie left the group in 1998 not long after they had been inducted into the Rock & Roll Hall of Fame in 1998.

Did Stevie Nicks get along with Christine McVie?

Despite the bands tumultuous relationship, Nicks and McVie were friends. Nicks shared a tribute to the late musician on social media, describing her as her best friend and sharing that she had hoped to get to sing to her one last time.

In a handwritten note on Twitter, Nicks said: “A few hours ago I was told that my best friend in the whole world since the first day of 1975, had passed away. I didn’t even know she was ill… until late Saturday night. I wanted to be in London; I wanted to get to London – but we were told to wait. So, since Saturday, one song has been swirling around in my head, over and over and over. I thought I might possibly get to sing it to her, and so, I’m singing to her now. I always knew I would need these words one day.”

The note was accompanied by the lyrics to Hallelujah by Haim, a song about the death of a friend and a picture of the pair together. 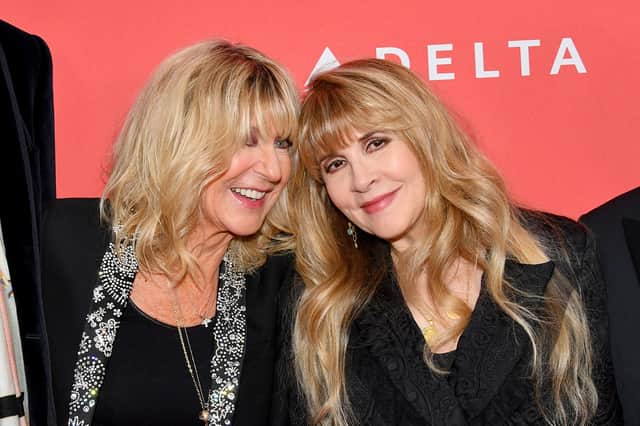 Stevie Nicks referred to Christine McVie as her “best friend” in a tribute (Photo: Getty Images)

Reported by CheatSheat, in October 2022 Nicks shared details of their friendship on The Zane Lowe Interview Series podcast. Nicks said that she “adored” McVie “from the minute I met her at dinner at a Mexican food restaurant in Los Angeles.” Adding: “I thought, ‘She’s going to be… She doesn’t know it. She’s five years older than me. She’s going to be my best friend. And she doesn’t know this yet, but she is.’ And she was.”

Discussing their friendship whilst in Fleetwood Mac she said: “We had the best time. We really enjoyed all of those amazing adventures together.” Adding: “And it was like having your best friend in a band with you, which is unheard of. It’s usually, you just don’t get two girls and a guy, two girl writers and a guy. You just usually don’t get that. So we were really lucky.”