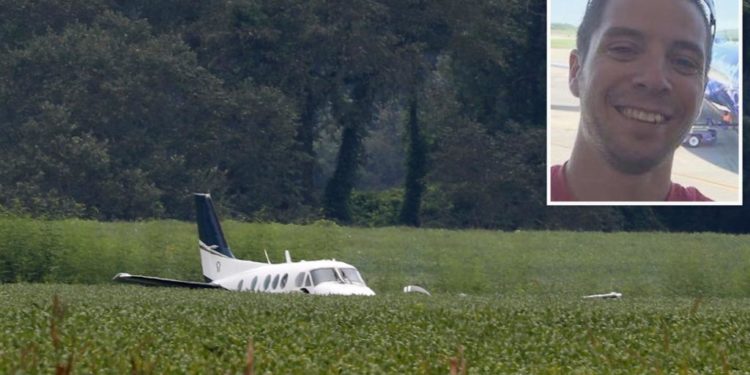 A Mississippi airport staffer who stole a plane and threatened to dive bomb into a Walmart store in September died in federal prison while awaiting trial, authorities said Wednesday.

Cory Patterson, 29, was discovered unresponsive by guards at a federal prison in Miami Monday, the US Bureau of Prisons said.

However, they were unable to save Patterson and he was pronounced dead — four days after he arrived at the Miami prison. The Bureau of Prisons didn’t provide a cause of death but said no other inmates or staff were injured.

Patterson was transferred from a state prison in Mississippi — where he had been held on state charges of grand larceny and making terrorist threats since September — to the federal facility on Thursday.

The rouge pilot terrorized residents of northern Mississippi for hours as he flew in circles before threatening to crash into a Walmart.

Patterson had posted what appeared to be a suicide note on Facebook ahead of his joyride.

“Sorry, everyone. Never actually wanted to hurt anyone,” he wrote. “I love my parents and sister this isn’t your fault. Goodbye.”

However, the Mississippi man landed the plane safely in a soybean field near Ripley, Mississippi, and was arrested as he stepped out of the aircraft.

The rouge pilot terrorized residents of northern Mississippi for hours as he flew in circles before threatening to crash into a Walmart.AP

An FBI agent said he found a handwritten note in the plane apparently from Patterson, according to court records.

He said he was sick of living and had no intention of hurting anyone.

“I picked Walmart because it would be quick and easy to evacuate,” Patterson wrote, adding that the chain was owned by billionaires who pay their workers’ low wages.

He had warned emergency responders of his intention to crash into the Walmart in Tupelo during his flight and urged the 911 operator to ensure the store was evacuated.

He eventually landed the plane safely in a soybean field near Ripley, Mississippi, and was arrested as he stepped out of the aircraft.FlightAware

Police negotiators spoke to Patterson while he was driving the plane and convinced him to land the plane safely, with the help of a private pilot who coached him on how to land.