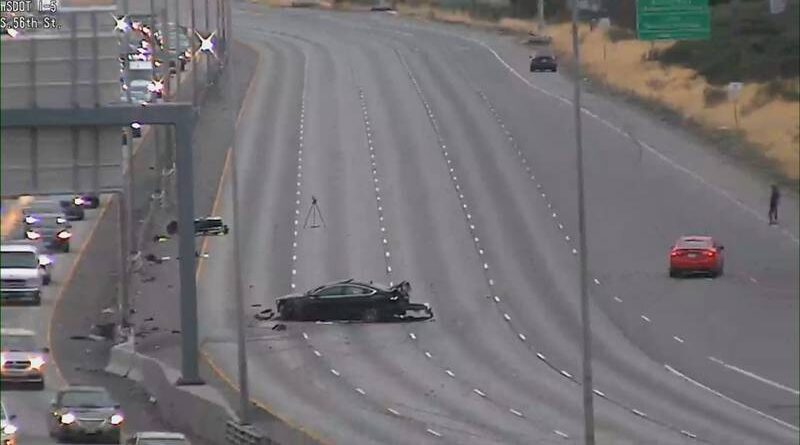 TACOMA, Wash. — An overnight crash involving four vehicles has blocked all lanes of southbound Interstate 5 in Tacoma for hours.

Crash on southbound I-5 in Tacoma Three people were hurt and taken to the hospital. (WSDOT)

The crash among three cars and a motorcycle happened near south 56th Street at around 1 a.m. Tuesday.

As of 7:10 a.m., the southbound lanes remained closed.

The motorcyclist, who had a passenger on board, hit one of the three cars after the cars crashed. A 57-year-old man and his 32-year-old female passenger were taken to the hospital with serious injuries.

A 19-year-old man who was driving one of the cars was also hurt and taken to the hospital.

The crash scene is a quarter-mile long.

Troopers are at the scene investigating.

Drivers should use alternate routes.