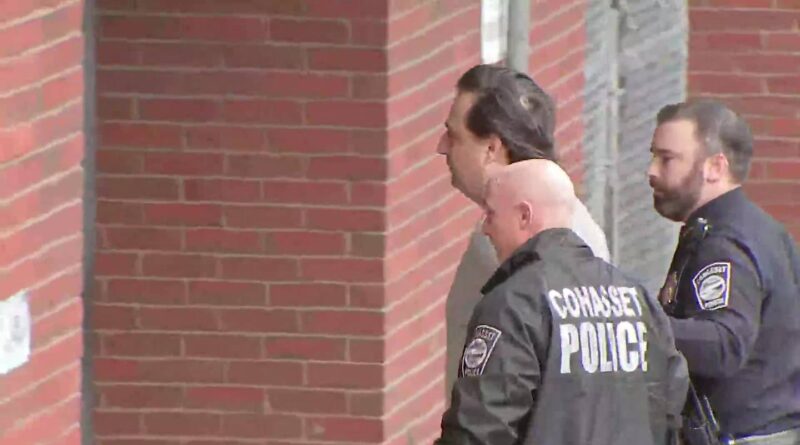 New details emerged during Brian Walshe’s arraignment Monday, when he entered a not guilty plea on a charge of misleading police

The search for missing Cohasset, Massachusetts mother Ana Walshe enters its seventh day on Tuesday, after Monday’s fast-moving developments involving Walshe’s husband, Brian, who now faces a criminal charge in the case amid a flurry of allegations from prosecutors.

Ana Walshe, who was reported missing last Wednesday, hasn’t been seen since New Year’s Day. Her husband has been charged with misleading investigators, and had his arraignment on Monday, where new details emerged as state prosecutors spoke before a judge.

Search activity conducted north of Boston on Monday in connection with the disappearance of Walshe has resulted in a number of items being collected, which will now be processed and tested to see if they are of evidentiary value, the Norfolk District Attorney’s Office announced Tuesday morning.

Husband of missing Cohasset woman arrives at court for arraignment

In the announcement, prosecutors did not disclose details on what the items were, and said there were no anticipated searches of public areas on Tuesday. That was subject to change, though, should detectives determine other areas of potential investigation, the news release from the DA’s office noted.

The processing of the home may be completed as soon as Tuesday or Wednesday, authorities added.

During Walshe’s arraignment on Monday morning in Quincy District Court, the state alleged that Walshe lied to police about his whereabouts last week and purchased $450 in cleaning equipment at a Home Depot, while also saying that law enforcement found blood and a bloody knife in the Walshe home’s basement after a search warrant was pulled.

Investigators spent hours here at a Republic Services Transfer Station in Peabody Monday, combing through trash, trying to find clues that might help them solve the disappearance of Cohasset mother Ana Walshe.

Brian told Cohasset police that Ana Walshe was supposed to take a rideshare to Logan Airport on New Year’s Day in order to fly to Washington D.C. Ana works for Washington D.C.- based real estate company Tishman Speyer and owns a second home in the nation’s capital.

Also on Monday, investigators spent hours at the Republic Services Transfer Station in Peabody, combing through trash, trying to find clues that might help them solve the disappearance of the Cohasset mom.

In video captured by SkyRanger, police in Swampscott were seen in the parking lot of an apartment complex where Brian Walshe’ mother lives, blocking off the dumpsters – before hauling them away, with a police escort, to the transfer station in Peabody. They searched through the trash there for hours.

As authorities continue to search for Ana Walshe, a missing mother of three, her husband, Brian Walshe, appeared in court on charges of misleading investigators.

The Norfolk County DA’s office would not comment on that search, nor the dumpsters removed from the Swampscott apartment complex.

A source connected to the investigation said a troubling internet search history related to murder was found on Walshe’s electronic devices.

Brian Walshe is already on probation and home confinement, wearing a monitoring bracelet, awaiting sentencing for a federal case involving the sale of fake Andy Warhol paintings on eBay in 2016.

News4’s Mauricio Casillas connects the dots between the two cities were Ana Walshe spent her time and has new details on her husband’s criminal past.

Brian Walshe is also tangled in a probate case involving his father’s home in Hull, Massachusetts, and a will that went missing after his death. According to court records, Walshe’s cousin alleges he was the executor of the estate and that Walshe was purposefully excluded from the will after a “severe falling out” with his father and running off with a significant amount of his money.

Brian Walshe entered guilty pleas on three of the charges, including wire fraud, in the art case.  He was awaiting sentencing and on probation when his wife disappeared.