VILLAGE OF OREGON, Wis. (WMTV) – An explosion rocked a residential neighborhood in the Village of Oregon on Friday morning. 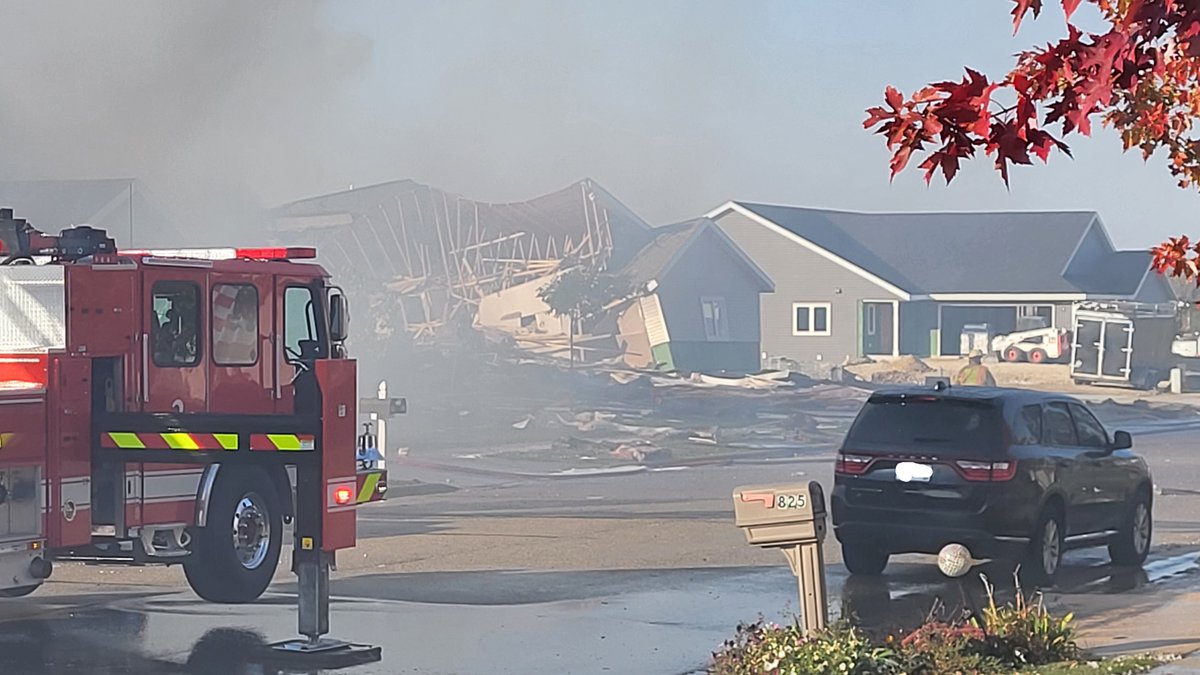 Emergency crews respond to an explosion in the Village of Oregon, on Friday, Oct. 21, 2022.(WMTV-TV/Jason Rice)

A first look at the scene showed a collapsed residential structure in the 800 block of Oregon Parks Ave. devastated by the apparent blast.

A neighbor told NBC15 News the home was a duplex. It’s not immediately clear if anyone was inside at the time this happened.

The neighbor, Jim Beninato, described being in bed when all of the sudden his own home started shaking. “It felt like a car just torpedoed into our home,” he said.

Beninato said people throughout the neighborhood came running out of their houses, each thinking their own homes were struck by something.

“Then, we saw one of the duplexes was completely leveled and the duplex next to it was on fire,” he continued. “That’s when we knew exactly what happened.”

Neighbors heard the blast around 8:30 a.m. and more than an hour later smoke was still pouring high over the home.

This is a breaking news situation, and this story will be updated as more information becomes available.