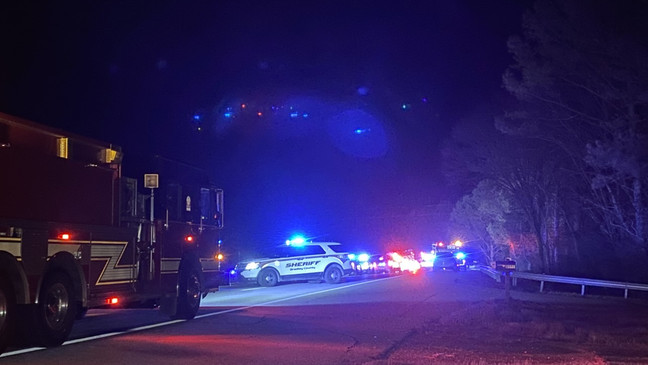 By Livia Albeck-Ripka and McKenna Oxenden

The Police Department in Enoch City, Utah, said officers had responded to the home for a welfare check on Wednesday. The authorities said they did not believe that any suspects were at large. 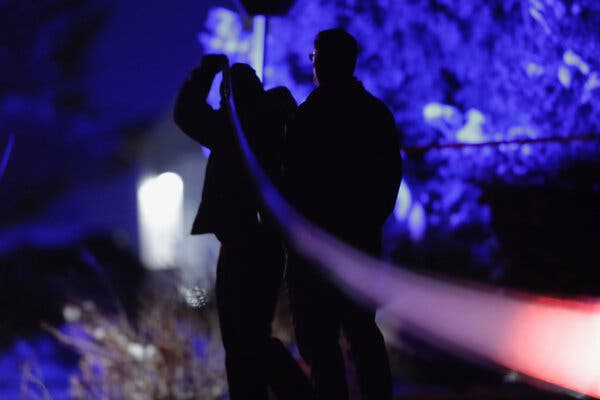 Officials stand near the Enoch, Utah, home where eight people had been fatally shot.Credit…Ben B. Braun/The Deseret News, via Associated Press

Eight members of a rural Utah family, including five children, were found fatally shot inside a home in Enoch City on Wednesday, local authorities said.

Police officers made the discovery while conducting a “welfare check” at the home, in the agricultural city of about 8,000 people in the southwestern part of the state, nearly 250 miles southwest of Salt Lake City. Local officials did not immediately release any more details about the deceased or the circumstances surrounding the shootings.

“At this time, we do not believe there is a threat to the public or that there are any suspects at large,” city officials said in a statement on Wednesday. The investigation is continuing, they said.

Rob Dotson, the city manager, said that the authorities did not have any information about a motive, and that it would likely take days or longer before they could reach any conclusions about what had taken place inside the home.

“We don’t know why this happened, and we’re not going to guess,” Mr. Dotson said in a video statement released to the news media on Wednesday evening.

He said that a welfare check is usually conducted when other neighbors raise concerns, or haven’t seen fellow residents for an unusual period of time, but would not provide further details on the nature of the call to authorities regarding the family.

“This community is feeling remorse, feeling pain,” Mr. Dotson said. “There are friends and neighbors and family members who are hurting because of this incident.”

Neighbors described Enoch City as a tightknit community where homes rarely go up for sale, ensuring that everyone knows one another and making the killings even more shocking. The residential area where police found the victims is often filled with children playing in yards and neighbors who wave hello and volunteer to help one another shovel snow.

Richard Jensen, a city councilman, said he had spent the night crying on and off, after learning about the shooting. He pulled himself together to tell his 11-year-old son about what had happened so he didn’t have to learn about it in school.

“This was a respected community member and church leader, and it is sending shock waves,” Mr. Jensen said in an interview.

In a statement posted to its website on Wednesday, the Iron County School District in Cedar City, Utah, said that the five children were all students there. The loss was certain to raise “emotions, concerns, and questions for our entire school district, especially our students,” school officials said.

Aaron Diamond, a resident of Enoch City, said that he knew those killed well, because they attended the same church as him. “They were just a wonderful, wonderful family,” he said, adding that the father had worked for an insurance company.