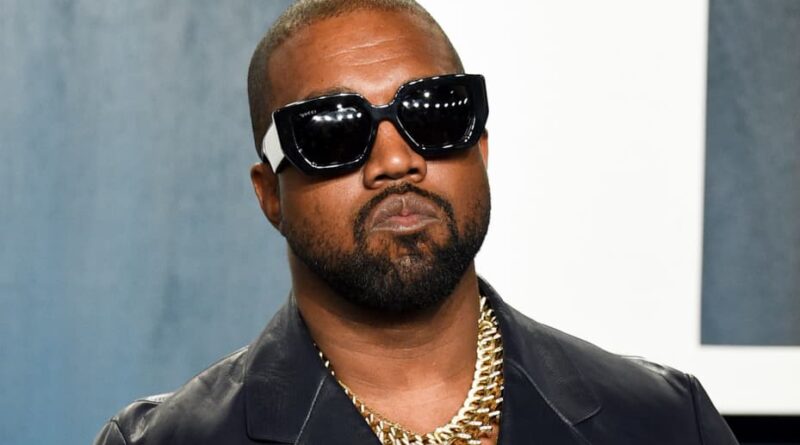 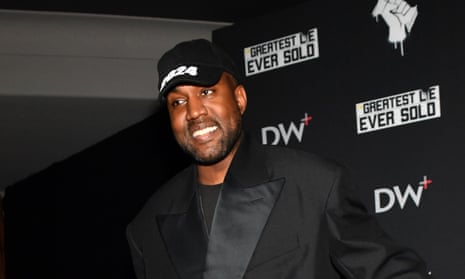 Kanye West at the premiere of The Greatest Lie Ever Sold in Nashville, 12 October 2022. Photograph: Jason Davis/Getty Images for DailyWire+

The family of George Floyd has said it is considering taking legal action against Kanye West after the rapper alleged that the 46-year-old man died from drug abuse.

Minneapolis police officer Derek Chauvin was convicted of Floyd’s murder in May 2020. He knelt on Floyd’s neck for around nine minutes while the unarmed Black man was handcuffed and lying face down on the street, crying “I can’t breathe”.

West (who has legally changed his name to Ye) made the claims in an appearance on the Drink Champs podcast on Saturday while discussing a new documentary by conservative commentator Candace Owens – frequently by West’s side during his recent run of antisemitic and racist comments – titled The Greatest Lie Ever Sold: George Floyd and the Rise of BLM [Black Lives Matter].

“They hit him with the fentanyl, if you look the guy’s knee wasn’t even on his neck like that,” West said on the podcast.

“While one cannot defame the dead, the family of #GeorgeFloyd is considering suit for Kanye’s false statements about the manner of his death,” he tweeted on 16 October.

While one cannot defame the dead, the family of #GeorgeFloyd is considering suit for Kanye’s false statements about the manner of his death.

“Claiming Floyd died from fentanyl not the brutality established criminally and civilly undermines and diminishes the Floyd family’s fight.”

Floyd died as a result of “cardiopulmonary arrest complicating law enforcement subdual, restraint and neck compression”, according to the final autopsy findings of Dr Andrew Baker, chief medical examiner for Hennepin county. Although fentanyl was found in Floyd’s system, it was not enough to be considered fatal.

West’s comments have been widely condemned by fellow musicians and religious leaders.

Elsewhere in the interview, West continued to make antisemitic statements and said that four concerts he had scheduled at the Los Angeles SoFi stadium had been cancelled by the venue owners after he tweeted that he was “going death con 3 On JEWISH PEOPLE” on 9 October. Twitter removed the tweet for violating the platform’s rules.

In response, the Los Angeles Holocaust museum invited West to visit “to understand just how words can incite horrific violence and genocide”. On the podcast, West responded: “I want you to visit Planned Parenthood, that’s our holocaust museum.”

After making his remarks about Floyd, West asked the podcast hosts whether they would be able to run the interview, in reference to his recent appearance on HBO’s The Shop, which was not broadcast owing to his use of what host Maverick Carter called “hate speech and extremely dangerous stereotypes”. Segments of an interview with Fox News host Tucker Carlson were also canned over West spouting racist conspiracy theories.

West wore a hat emblazoned with “2024”, presumably in reference to his intentions to stage a second presidential run after his failed bid in 2020, in which he appeared on only 12 state ballots and won fewer than 60,000 votes. The campaign reportedly violated fundraising rules.

West and Owens have been associated since around 2018 when West tweeted “I love the way Candace Owens thinks”. A Black author and commentator, she became known for her criticism of Black Lives Matter and her support of Trump. Recently, the pair debuted a “White Lives Matter” shirt at Paris Fashion Week.