A Florida community is mourning the loss of a sheriff’s deputy after he was shot and killed by a domestic violence suspect on Christmas Eve.

The Okaloosa County Sheriff’s Office announced Cpl. Ray Hamilton, a five-year veteran of the department, was fatally injured when 43-year-old Timothy Price-Williams allegedly opened fire on him from inside his residence. Williams was shot in the arm during the gunfire exchange, but is expected to be OK.

Hamilton, who served on the Special Response Team, died shortly after 3 p.m. Saturday at the Fort Walton Beach – Destin Hospital.

The department said deputies responded to the townhome at 710 North Park Blvd. to present a warrant against Price-Williams for a domestic violence battery charge. 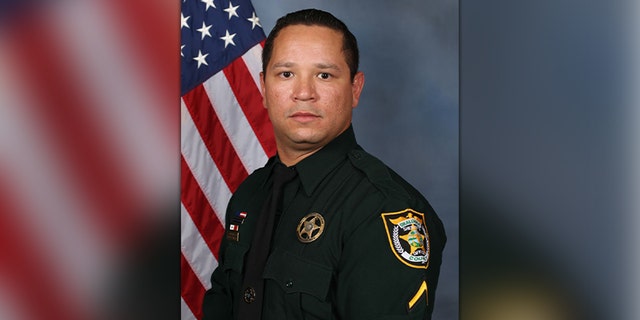 The victim reported that Price-Williams slapped her in the face and shoved her during an argument on Friday. She also said he took her phone away, so she couldn’t call 911 for help.

When deputies arrived at the home around 9 a.m. Saturday they made contact with Price-Williams. He reportedly refused to leave the residence, prompting the Special Response Team to come to the scene.

Around 12:40 p.m., he fired shots out of a window, striking Hamilton, wounds that ultimately led to this death.

Price-Williams is charged with first-degree premeditated murder. He received medical attention for his small injury and was transported to the jail after. 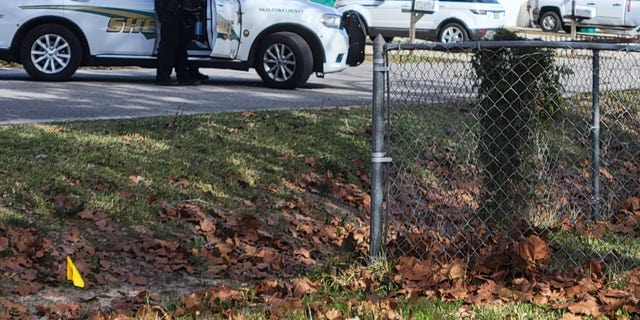 Police cruisers line up outside a Florida home where a deputy was shot and killed on Christmas Eve. (Okaloosa County Sheriff’s Office)

In a statement posted to its Facebook page, Okaloosa County Sheriff Eric Aden said the grief from losing Hamilton is devastating, calling him a “ray of sunshine” who was “dedicated to protecting others.”

“We appreciate the endless stream of words of support that have come in for his family and his co-workers as we face this heartbreaking loss of a profoundly loved and respected friend, public servant, and hero,” Aden said.

Hamilton’s death makes him the 61st officer killed by gunfire in 2022.

Funeral arrangements have not yet been posted.