Friends Mark Chastain, Billy Chastain, Mike Sparks, and Alex Stevens have been missing since Sunday after they went on a bike ride Human remains have been found in a small Oklahoma town as local police search for four men who disappeared while on a bike ride.

In a press briefing captured by 2 News in Oklahoma, Okmulgee police chief Joe Prentice said on Friday that around 1:49 p.m. local time, authorities were alerted to “suspicious items in the river in the area of the bridge that goes across Sharp Road.”

Once police arrived at the scene, they found “what appears to be multiple human remains in the river,” Prentice said, adding that other local agencies are also helping with the “recovery process.”

“Currently, we have more questions than answers,” he said.

The families of the four men who went missing earlier this week were notified about the remains; however, it has not been confirmed whose remains were found by authorities.

“If it turns out that these four missing men are the remains in the river, then the focus of our investigation will shift from finding them to what happened to them,” said the police chief. “If it is determined that it is not them, then we will have a separate investigation.”

He said that while “multiple” remains were found, it’s difficult to determine the amount because they were all in the river. Once police finish canvassing the area, they will know more.

“There is definitely what appears to be body parts protruding from the water; I can’t tell you what’s under the water,” he said.

He noted that police were called after “a passerby saw something that looked suspicious in the water and called dispatch.”

Prentice said that the river was not one of the locations the four men’s families had previously mentioned during the search.

The remains were still in the river at the time of the press briefing, and Prentice said they’ll stay there “for some time” as authorities complete the recovery process. “We have to be very, very meticulous.”

He suggested that the new development is enough evidence to now consider foul play; however, he reiterated that police have yet to confirm that the remains are indeed the missing men. He added that, when he was at the scene, he did not see any bicycles. As for when the men were last heard from, Prentice confirmed that Chastain last spoke with someone on the phone at 5 p.m. on Sunday. 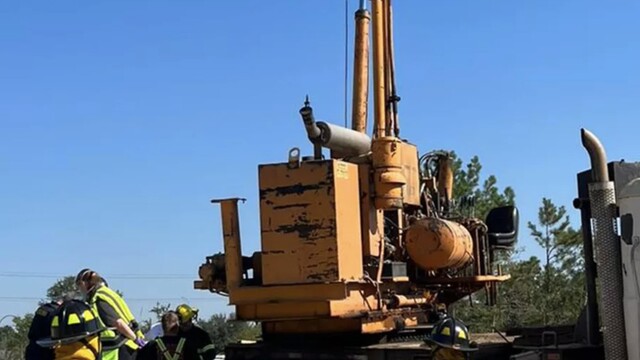 “We have had many, many reports of sightings; we haven’t been able to confirm any,” he said.

“We’re not giving up,” he added. “If these are your loved ones, all we’re doing is switching focus. We’re gonna work just as hard to find out what happened to them as we did to try to find them.”

The Okmulgee Police Department told PEOPLE they have nothing further to add at this time.

In a previous statement announcing that the men were missing, the Okmulgee Police Department said, “All four are close friends and are believed to have left Billy Chastain’s home on the west side of Okmulgee on Sunday at around 8 PM. All were reportedly on bicycles. Two of the men are believed to have cell phones with them, but attempts to call go straight to voicemail.”

Mark, Billy, and Mike were reported missing by Mark’s wife on Monday night, while Alex’s mother reported him a few hours later.

The department said there were no signs of foul play at that point in the investigation, but they were receiving help from the District 25 Violent Crime Task Force.

Thanks to interviews with potential witnesses, investigators placed Steve at a smoke shop in south Okmulgee late Sunday afternoon. Another witness reported seeing Billy and Mark near a local YMCA on Monday morning. Okmulgee police said they are working to confirm the sightings.

Mark’s cell phone was traced to an area in South Okmulgee, but it was since turned off or lost power.

“Officers have checked that area and found no sign of any of the men,” Okmulgee police said in the statement.