An escaped inmate murdered five members of one family, including four children, before he was killed in a shootout with officers, police said.

The victims, four children and their grandfather, were killed near the town of Centerville just outside of Houston.

Gonzalo Lopez had been serving a life sentence for capital murder. He was being transported in a prison bus three weeks ago when he attacked the driver and escaped.

On the run for 21 days, Lopez had made up his mind, it seems, not to be taken into custody again.

A shootout ended the largest manhunt in recent times across Texas. 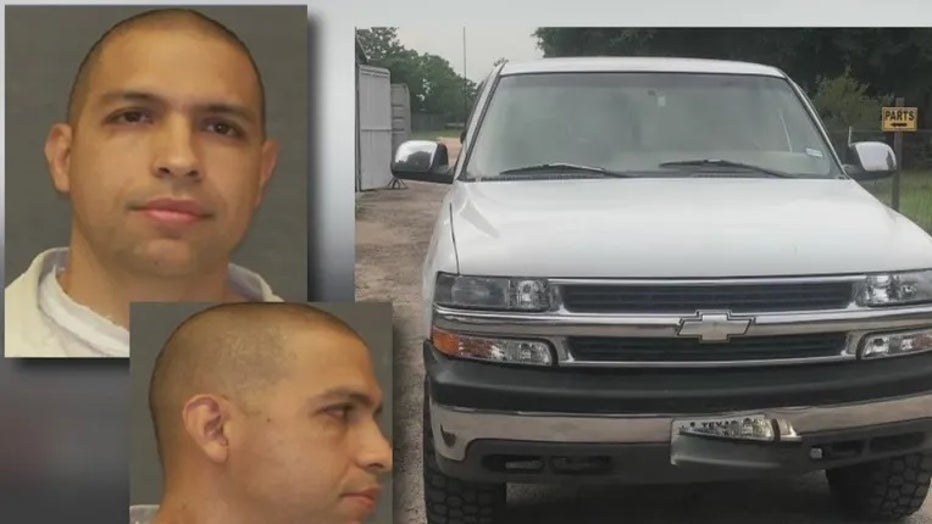 “The suspect stuck a rifle out the window and fired several shots,” explained Atascosa County Sheriff David Soward. “He turned on this street here, which is Cypress.”

That would turn into a dead-end for the prison escapee.

The 46-year-old convicted for a 2006 murder escaped from a prison transport bus as he was being moved from North to Central Texas, stabbing the driver in the hand and running to freedom last month. 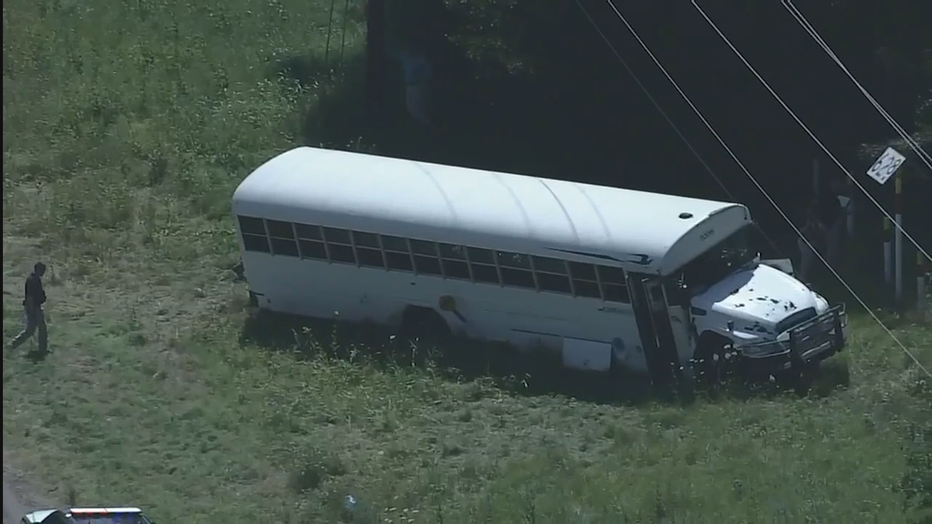 Lopez, who was linked to the Mexican mafia, had avoided 500 law enforcement officers looking for him with a $50,000 reward on his name.

Thursday, the search intensified after five family members were found dead near Centerville in Leon County. Authorities say he murdered a grandfather and four kids vacationing at a weekend home. Their white pickup went missing.

The Tomball School District in the Houston-area posted on Twitter that grief counselors are available for students and staff, sending a letter about the deaths to district families.

“I’ve been working homicide survivors now for 35 years. And just when you think you’ve seen it all, you haven’t,” said Andy Kahan with Crime Stoppers of Houston.

At a news conference in the Houston area where the family lived, a family friend, pastor and victim advocates announced the victims’ names.

Waylon, Carson and Hudson were brothers. Bryson was their cousin. Mark was their grandfather.

David Crain is a law enforcement officer and family friend.

“Those kids were bright shining stars,” he said. “We coached them through baseball, and these next few days are going to be tough on all of us.”

The victims had traveled to the family ranch near Centerville, a place they frequently go in the summer to fish. It was not far from where Lopez was last seen on May 12 and hadn’t been seen since.

Around 6 p.m. Thursday, a relative of the Collins called law enforcement after not hearing from the group at the ranch. Officers arrived to find all five dead. Authorities said Lopez was behind the murders.

“It’s unclear whether Lopez was already there or was casing the structure and just waiting for someone to come in,” said Jason Clark with the Texas Dept. of Criminal Justice.

It’s been three weeks since Gonzalo Lopez, 46, escaped from custody and the manhunt continues to find him, especially after bodies were found in a home near where he escaped.

“He’s serving a life sentence already, so he didn’t want to go back to prison, obviously,” Soward said. “And we knew what kind of person he was and what kind of action he probably was going to take.”

The hunt for Lopez started May 12 near Centerville, more than 200 miles from where it ended just south of San Antonio.

An alert officer spotted the white pickup stolen from the murdered family along Highway 16 between Poteet and Jourdanton.

“The officer stayed behind him so not to alert the suspect that he was being tailed. Until he got close to Jourdanton, police spiked the tires,” Soward explained. 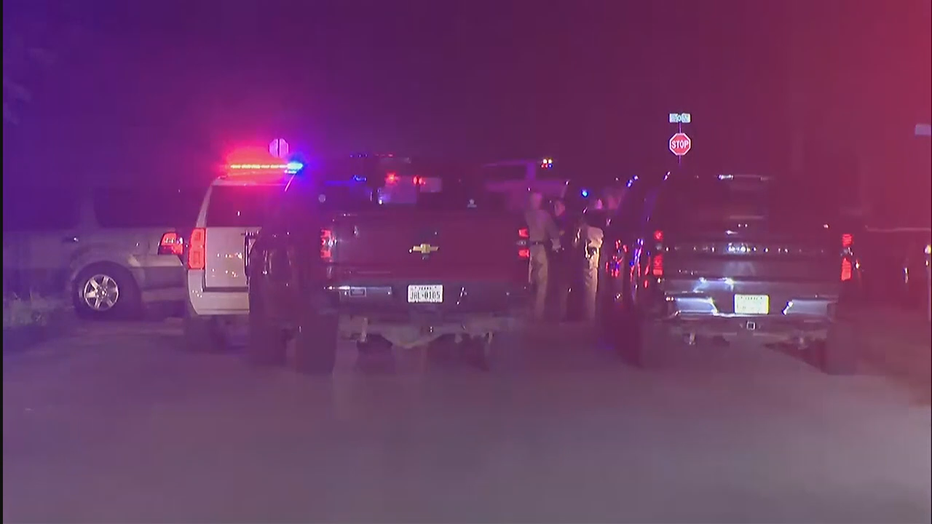 With four spiked tires, Lopez still tried to get away.

Lopez died in a blaze of bullets. His run to freedom was ended.

“As far as we’re concerned, this dangerous individual is off the streets,” Soward said. “No officers were injured. No citizens were injured. So, yes sir, it’s a good evening.”

Now, questions are turning to how a dangerous criminal got out in the first place, allowing him the opportunity to take five more lives.

“We will conduct a serious incident review,” Clark said. “Any time you have something serious like this, it’s incumbent on us to go backwards to figure out how did he beat our security protocols in order to leave that transport vehicle.”

It’s still unclear if Lopez had any help escaping from the prison bus. 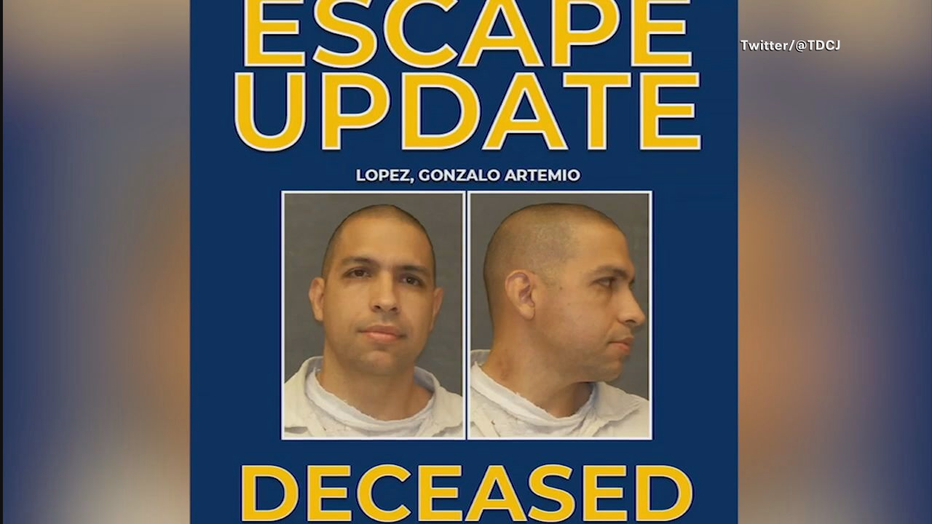