BRISTOL, Conn. (WFSB/Gray News) – Body camera footage from one of the three Bristol officers who were ambushed last week was released over the weekend. 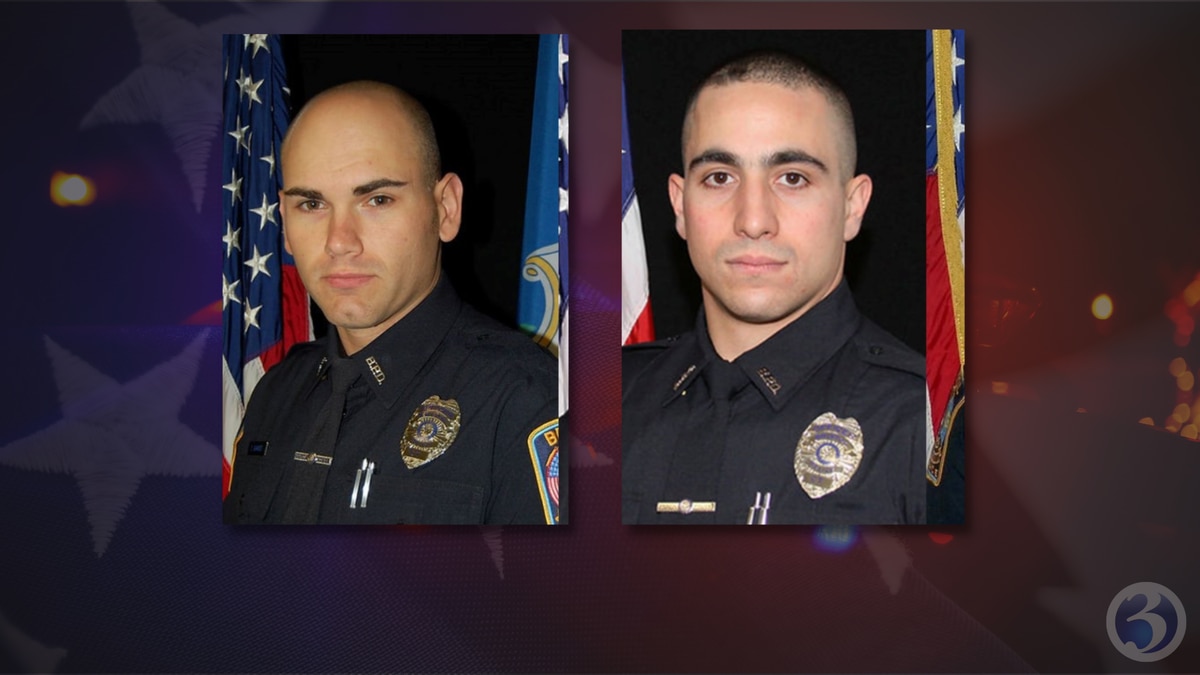 It was part of a preliminary report from the Office of the Inspector General, which announced that 26-year-old Officer Alec Iurato was justified in the shooting of the suspect, 35-year-old Nicholas Brutcher, WFSB reported.

DeMonte and Hamzy were killed, as was Nicholas Brutcher.

The inspector general said Iaruto’s bodycam showed the moments after the two officers were shot on Wednesday.

GRAPHIC WARNING: The footage may be considered graphic and disturbing. It contains violence and gunshots.

The Office of the Inspector General has released a preliminary report saying Officer Iaruto was justified in shooting Nicholas Brutcher.

Iurato was seriously injured in what state police called a deliberate act to lure law enforcement to an address in Bristol.

Around 10:40 p.m. that night, DeMonte, Hamzy, and Iurato responded to a domestic violence 911 call that was believed to have been made by the suspect himself.

The inspector general said the officers went to the side door of the house and spoke to Nathan Brutcher, Nicholas Brutcher’s brother.

They ordered Nathan Brutcher to show his hands and step out of the house.

That’s when, according to the inspector general, gunfire erupted from behind the officers.

Nicholas Brutcher fired well over 80 rounds from an AR-15-style rifle.

Despite being shot in the leg, Iurato made his way around the house and back to a Bristol Police Department cruiser.

From there, he fired one shot that struck and killed Nicholas Brutcher.

The Office of the Inspector General concluded that Iurato’s use of deadly force was justified.

Bodycam footage from both DeMonte and Hamzy exists, but will not be released because they may constitute an unwarranted invasion of privacy, according to the inspector general.

Vance also praised Iurato for how he handled the incident despite being injured.

“His adrenalin had to have been pumping and, certainly, his training kicked in,” he said. “He’s a young officer. He obviously learned from his training, and he did everything textbook like he was supposed to. He did everything he could to get help for the fellow officers, to protect himself and stop the aggression. He did it all. This video clearly shows the pressure he was under and what he was able to do.”