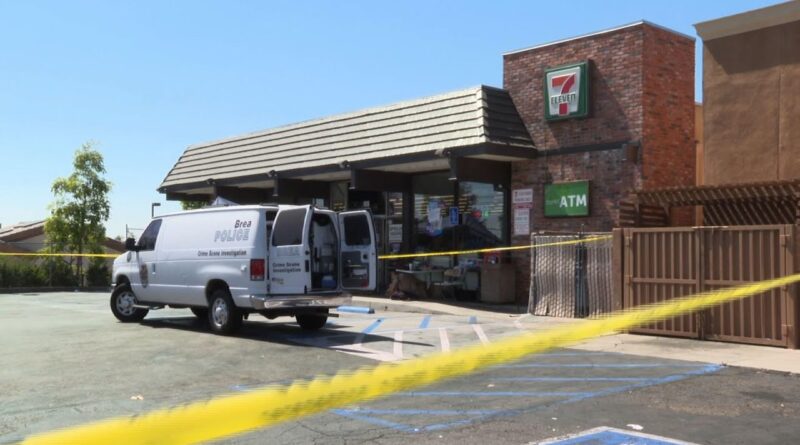 GREENWOOD, Ind. — A mall in a suburb just south of Indianapolis was the site of a mass shooting Sunday afternoon that took the lives of three victims and the shooter, injuring two more.

Here is all that we know so far about the Sunday shooting at Greenwood Park Mall.

The Greenwood Police Department confirmed that around 6 p.m. Sunday a lone suspect entered the food court of the Greenwood Park Mall, located at 1251 U.S. Hwy 31 North in Greenwood, Indiana. The suspect then shot into the mall, killing three people and injuring two more. 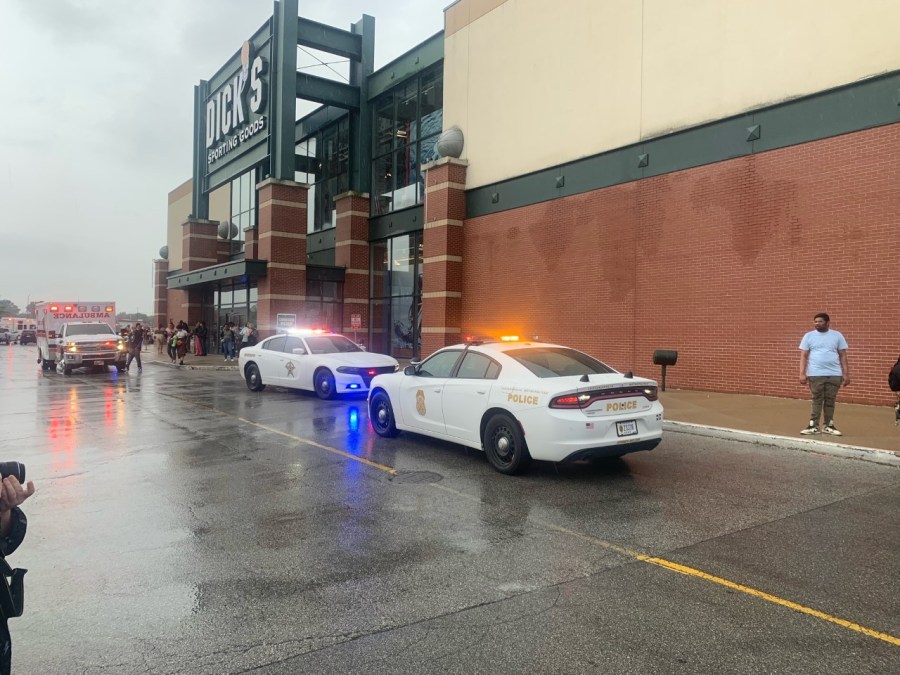 The suspect was described by police as an adult male armed with a rifle and multiple magazines. No identification or motivation has been released. 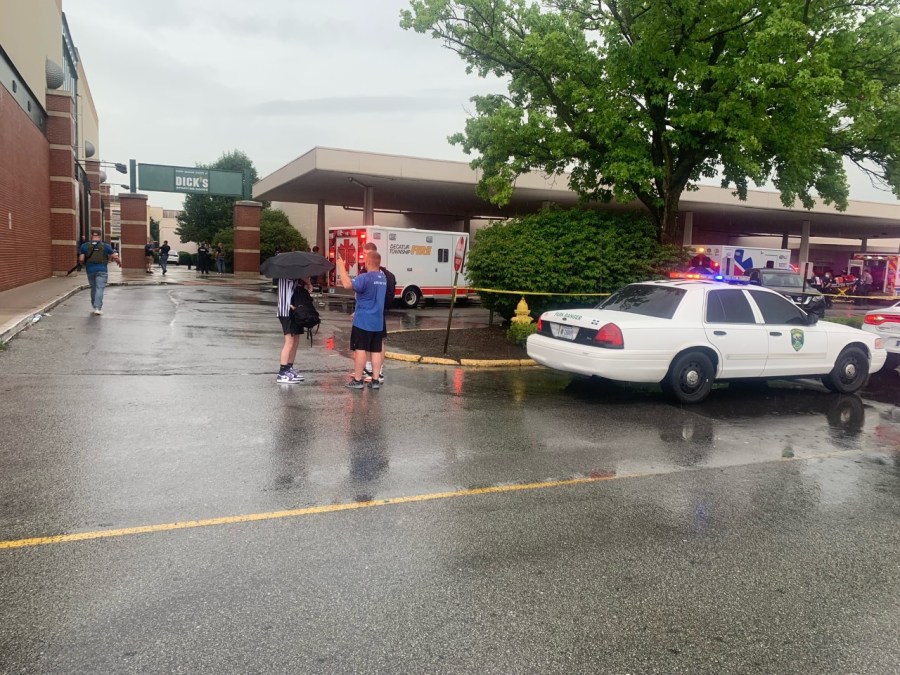 Greenwood Police Chief James Ison confirmed Sunday that the victims of the shooting included one male and four females. All of the victims were adults, besides one juvenile female who was mildly injured.

That 12-year-old female, Ison said, left the mall and was taken to a hospital after talking to her parents about being injured in the incident, police said.

Watch Ison’s full address to the media below.

Both of the two injured victims are in the hospital in stable condition, police said. 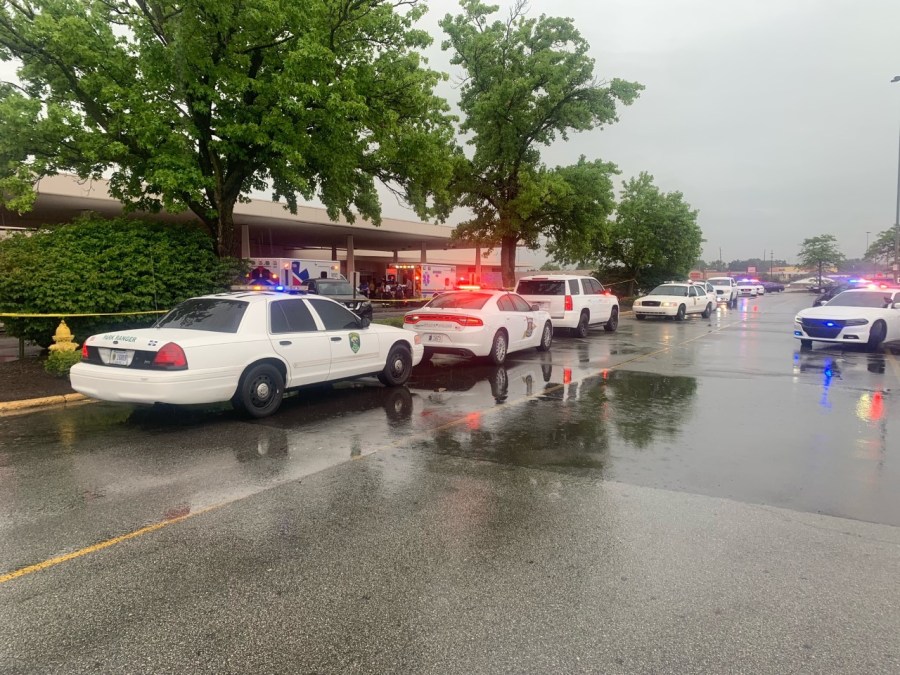 Ison also confirmed Sunday that the shooter was shot and killed by a man visiting the mall. The Good Samaritan, as police called him, was armed with a handgun.

Identified by police as a 22-year-old from Bartholomew County, the Good Samaritan had a legal gun permit and is fully cooperating with police.

“The real hero of the day was the citizen that was lawfully carrying a firearm in the food court and was able to stop the shooter almost as soon as he began,” Ison said.

A backpack was found in a bathroom near the shooting scene, GPD said. It is unknown who the backpack belongs to or its contents, but the Johnson County Bomb Squad has cleared it of any explosives, police said.

Dozens of people in the mall at the time of the shooting gathered Sunday evening near Dick’s Sporting Goods as law enforcement and first responders from multiple different agencies responded to the scene.

All of the halls and corridors of the mall have been cleared by authorities, GPD said, and there is no active threat to the public.

Ison addressed the media outside of the mall Sunday, providing info on the investigation.

“As you can imagine, this type of situation is horrible,” Ison said. “It’s rocked us to our core.”

Ison said that investigators are just beginning to collect evidence from the scene and that officers are expecting to be in the mall until the early morning. No other information is being provided at this time, although authorities will hold a press conference on Monday at the Greenwood Police station.

Greenwood police are asking anyone who witnessed the shooting to go to the Greenwood Police Training Center at 736 Loews Blvd or call Johnson Co Dispatch at 317-346-6336.

Multiple elected officials weighed in on the shooting on social media Sunday.

The following statement was sent out by Greenwood Mayor Mark W. Myers:

Terrible news tonight in my home county. Praying for the victims of a shooting at the Greenwood Park Mall. Thank you to our law enforcement officers who responded.

Praying for families of those killed in a senseless act of violence in Greenwood tonight, and grateful for the brave armed citizen who took action to stop the perpetrator and prevent further tragic loss of life.

This senseless act in Greenwood is devastating. Hoosiers across the state are no doubt upset but also mobilized in care & prayer for their fellow Hoosiers. The bravery of the armed individual who took action to stop the shooter undoubtedly saved lives, and for that I and many others are grateful.

For more coverage on the mass shooting, click here.

GREENWOOD, Ind. (WXIN) — At least two people are dead and several more were injured in a shooting Sunday at the Greenwood Park Mall in Indiana.

Police said they received a call of shots fired inside the mall around 6 p.m.

The mall had a heavy police presence of both Greenwood and Indianapolis Metropolitan Police Department officers Sunday evening. Police said there was no ongoing threat.

Assistant Chief of Police Chris Bailey didn’t initially provide a number of people injured in the shooting, only saying two people had been killed and “multiple other people” were being treated at local hospitals.

The ages of the victims were also not immediately disclosed, and Bailey said he didn’t know if the shooter was among the two people confirmed dead.

Multiple agencies and a SWAT team assisted in clearing the mall, according to the IMPD. Officers were going through the mall to make sure there weren’t anyone left inside that still needed help.

“We are sickened by yet another type of incident like this in our country, in our city and over the next few days, next few hours, we hope we’ll have more information to share with you,” Bailey told reporters on scene.

Greenwood is a city of more than 50,000 residents just south of Indianapolis.