NEWS
21/05/202221/05/2022 Melana 0 Comments Buffalo, Shooting
Buffalo Police officers talked to the mass shooting suspect, convinced him to put down his weapon, and arrested him without firing a single shot. 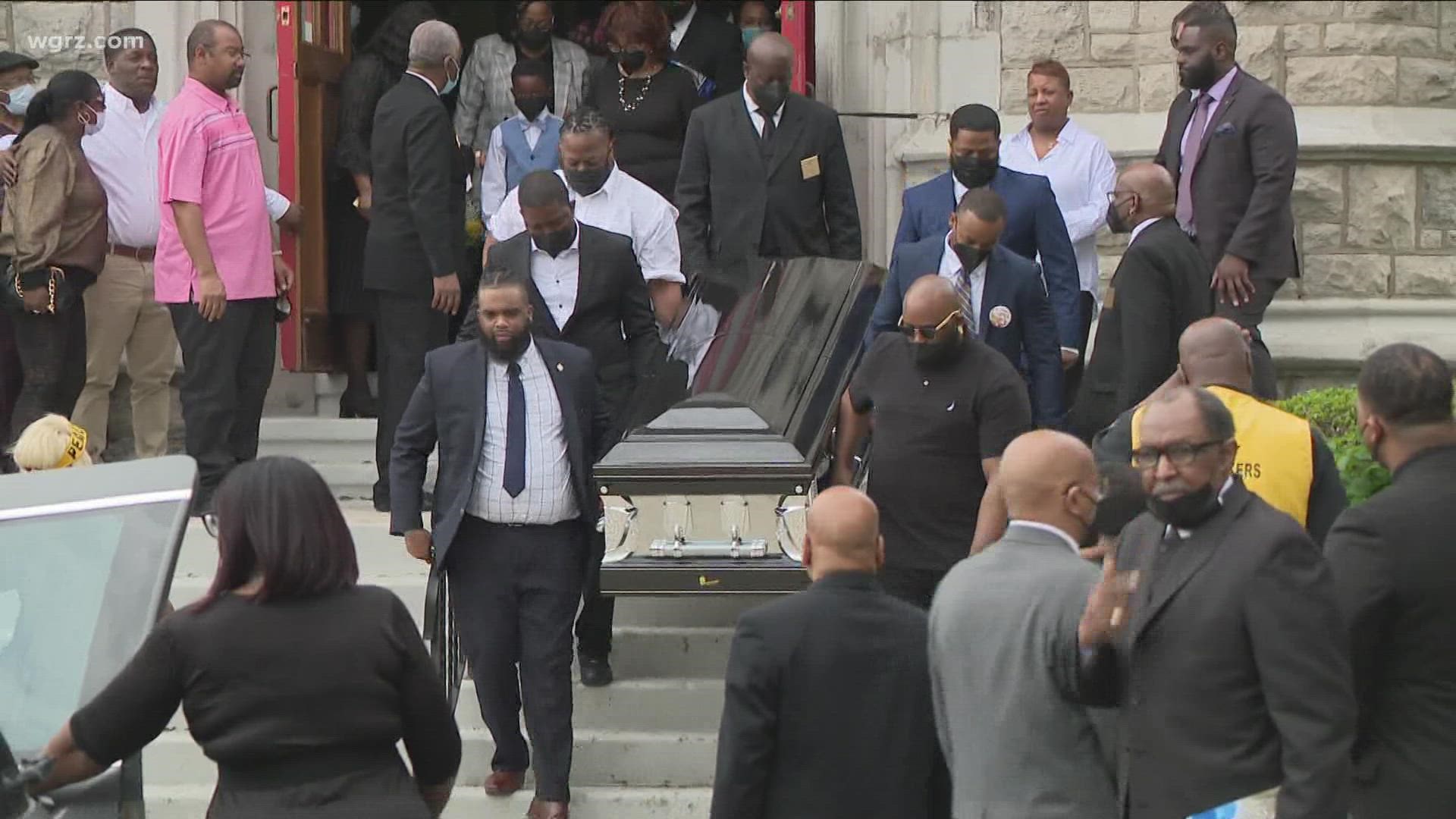 BUFFALO, N.Y. — When police confronted the white man suspected of killing 10 Black people at a Buffalo supermarket, he was the very poster boy for armed and dangerous, carrying an AR-15-style rifle and cloaked in body armor and hatred.

Yet officers talked to Payton Gendron, convinced him to put down his weapon and arrested him without firing a single shot. Buffalo Police Commissioner Joseph Gramaglia that day cited their training and called it “a tremendous act of bravery.”

In a country where Black people have been killed in encounters with police over minor traffic infractions, or no infractions at all, though, it’s raised the question: Where is that training, that determined following of protocol, when it comes to them?

“It’s important to emphasize this is not about why aren’t police killing white supremacist terrorists,” said Qasim Rashid, a human rights lawyer and satellite radio host who was among those on social media making posts about the subject. “It’s why can’t that same restraint and control be applied to a situation involving an unarmed Black person?”

He and others pointed to a litany of examples of white men taken calmly into police custody after shootings, including Dylann Roof, who killed nine Black people at a South Carolina church in 2015; Robert Aaron Long, who killed eight people at Georgia massage businesses last year; Patrick Crusius, who is accused of killing 23 people in a racist attack at an El Paso, Texas, Walmart in 2019; and Kyle Rittenhouse, whose attempt to surrender immediately after shooting three white people at a Wisconsin protest was rebuffed. Meanwhile, George Floyd, Atatiana Jefferson, Tamir Rice and a host of other Black people have died at police hands when the initial circumstances were far less volatile.

“There’s just a stark contrast between how a Kyle Rittenhouse or a Payton Gendron gets treated by the system in these incidents versus how a Black man gets treated in general,” said Insha Rahman, vice president of advocacy and partnerships at the Vera Institute — a national nonprofit research and advocacy group focused on criminal justice.

Rahman said there are a lot of similarities in the public perception of the two cases. Rittenhouse walked toward police with an AR-15-style rifle slung over his shoulder, his hands raised. He testified at trial that police told him to “go home,” and he turned himself in the next day. He was acquitted of all charges after arguing self-defense.

“A few folks said at the time, if Kyle Rittenhouse was a young Black man, he wouldn’t have made it out of Kenosha that night. He might not have ever made it to a trial,” she said.

Rahman also cautioned against viewing high-profile incidents in a vacuum. She said people need to consider everyday interactions with the police, which along with arrests happen at a disproportionate and often more dangerous level for Black people.

The difference has been noted in Buffalo, said Jillian Hanesworth, 29, the city’s poet laureate and director of leadership development at Open Buffalo, a nonprofit focused on social justice and community development.

Martìn Sabelli, president of the National Association of Criminal Defense Lawyers, said historically there has been a racial divide in the U.S. that affects every aspect of the criminal legal process.

“The perception of racism is perpetuated because it’s rooted in a reality,” Sabelli said, noting the impact of implicit bias on policing has been studied extensively. “We are unfortunately in the process of trying to reverse decades or even longer of explicit racism in many police departments around the country and that is often aggravated by implicit bias that exists at a subconscious level. And unfortunately it taints these encounters by subconsciously making officers believe a person of color is more dangerous than a white person.”

Frank Straub, director of the National Policing Institute Center for Targeted Violence Prevention, said he hoped there’s a rethinking of how police respond to situations, in the wake of what the public has seen of disparate treatment in recent years.

“Maybe the fact that these videos are out there … hopefully that now is impacting how officers are being trained to respond to arrest situations,” he said.

The specific training is known as ICAT, for integrating communication assessment and tactics. Wexler’s group trained Buffalo’s police trainers on the tactics in February 2021, he said, adding that the department had not completed that training with all of its officers yet.

“That gives you a sense of how the department was thinking,” Wexler said. “It’s communication, slowing things down, using time and distance and cover, rather than rushing into a situation.”

“I think you have to look at the facts and training and tactics and realize every situation is different,” Wexler said. He noted that a security guard, who was a former police officer, shot at the gunman as he stalked the aisles inside Tops Friendly Market. The guard was killed.

“But the situation changed,” he said. “I don’t know all the facts, but when the suspect came out, officers might have a different perception of whether he was an immediate threat.”