TRUCKEE, Calif. —It has been four days since 16-year-old Kiely Rodni disappeared in Truckee.

She was last seen at a party near the Prosser Family Campground, in an area known to locals as “The Sanctuary.”

Here’s what KCRA 3 knows so far. What’s the latest in the investigation?

As of Tuesday night, the Placer County Sheriff’s Office said there are 16 agencies now part of this investigation, including the FBI and Homeland Security.

More than 100 volunteers are helping with search efforts, along with 50 FBI agents who are focusing on priority leads.

Kiely Rodni was last seen early Saturday morning at a party near the Prosser Family Campground.

Witnesses and law enforcement say there were anywhere from 200 to 300 teenagers and young adults in attendance.

The Placer County Sheriff’s Office said it is not interested in arresting or prosecuting any minors who were drinking or using drugs at the party; instead, it wants to focus on getting Kiely home to her family.

Why did the Placer County Sheriff’s Office upgrade this to a possible abduction investigation?

The Placer County Sheriff’s Office told KCRA 3 that the only reason this has been upgraded to a possible abduction is that investigators have not found her car, which is a silver 2013 Honda CRV.

The department said it is still considering all leads and possibilities.

This could include an accident, or if the teen just ran away.

As of Tuesday, CHP is not issuing an amber alert for this case because there is no confirmation that Rodni was abducted.

KCRA 3 asked the Placer County Sheriff’s Office how and why this case is receiving so many resources, compared to other missing persons cases.

Here’s what the department’s spokesperson said.

“We want to leave no stone unturned. We take this case, just like any other missing persons case, extremely seriously,” Angela Musallam explained. “Kiely’s considered to be incredibly at risk right now because she’s a minor and she is missing and we cannot locate her or her vehicle.”

What can I do to help?

The Placer County Sheriff’s Office has created a tip line for this investigation. You can call anonymously.

Anyone with information about the teen’s whereabouts is asked to call the tipline 530-581-6320, option 7.

The teen’s friends have set up this website with information, as well.

While it doesn’t add much to the investigation of where she’s been, a photo released by the Placer County Sheriff’s Office shows the teen caught on camera by a local Truckee business. The image released has a timecode of 6:08 p.m., six hours before she was last seen at the party and six hours before her phone pinged for the last time. 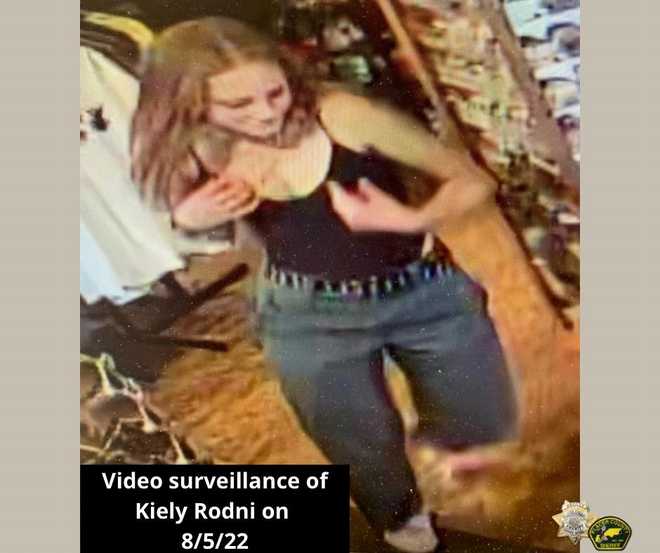