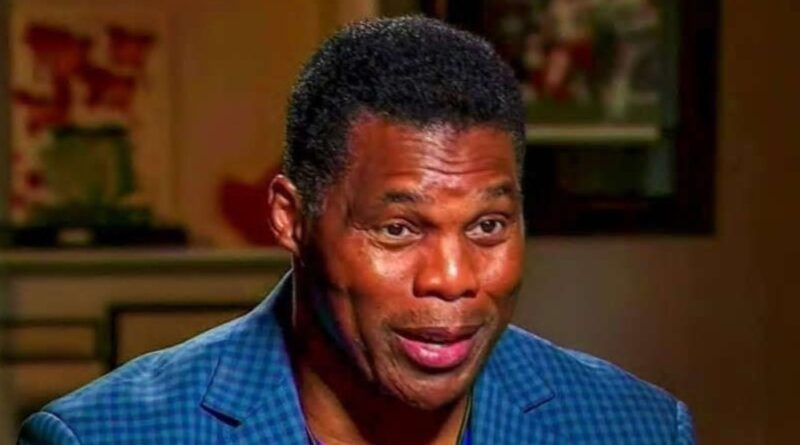 The Georgia Republican vehemently denied a report by The Daily Beast saying he conceived a child with a woman he was dating and paid for her to get an abortion.

By Zoë Richards and Marc Caputo

Herschel Walker’s son Christian Walker blasted his dad’s bid for a Georgia Senate seat by calling him a bad father, a liar and a hypocrite just hours after a news report Monday said the GOP nominee got a woman pregnant and paid for her abortion more than a decade ago.

“I don’t care about someone who has a bad past and takes accountability. But how DARE YOU LIE and act as though you’re some ‘moral, Christian, upright man.’ You’ve lived a life of DESTROYING other peoples lives. How dare you,” Christian Walker wrote in a series of tweets.

I know my mom and I would really appreciate if my father Herschel Walker stopped lying and making a mockery of us.

You’re not a “family man” when you left us to bang a bunch of women, threatened to kill us, and had us move over 6 times in 6 months running from your violence.

“Every family member of Herschel Walker asked him not to run for office, because we all knew (some of) his past. Every single one. He decided to give us the middle finger and air out all of his dirty laundry in public, while simultaneously lying about it,” he added.

The outburst came shortly after The Daily Beast, citing a woman who asked not to be identified because of privacy concerns, published a story saying Walker had urged a woman to have an abortion in 2009 after he got her pregnant. The news outlet said it corroborated the details with a friend who said she accompanied the woman to the procedure. It also published what the woman said was a “get well” card signed by Walker and said she had provided both the receipt from the abortion clinic and a bank deposit showing an image of Walker’s check reimbursing her for the cost of the procedure.

NBC News has not yet verified the woman’s allegations or independently reviewed the documents. Reached for comment, Walker’s campaign pointed NBC News to Walker’s response on Twitter, where he denied the story and said he planned to sue the publication for defamation.

Regarding the latest Democrat attack: pic.twitter.com/OjrDcGak95

“I can tell you right now, I never asked anyone to get an abortion. I never paid for an abortion,” Walker told Sean Hannity.

Asked about the check, Walker said: “Well, I send money to a lot of people. I give money to people all the time, because I’m always helping people, because I believe in being generous.”

Walker, a political newcomer and former NFL running back who was recruited and endorsed by former President Donald Trump, is an outspoken opponent of abortion and a harsh critic of absentee fathers.

Earlier reporting by The Daily Beast revealed that Walker had three other children he had not publicly acknowledged as a candidate. He later confirmed he had four children.

Herschel Walker responded to one of Christian Walker’s tweets by saying, “I LOVE my son no matter what.”

The broadsides from Walker’s son and the drumbeat of negative ads and other unflattering stories about his personal life are making it more difficult for him to overtake Sen. Raphael Warnock, his Democratic opponent, in the polls.

Republicans were not sure what the aftershocks of the latest revelations would bring, because the electorate is so polarized in Georgia.

“If you asked me five years ago, I would’ve said someone like Donald Trump couldn’t get elected. Today, that calculus is different,” former Republican state Rep. Scot Turner said.

“This will make a difference with a certain segment of the electorate, but in the post-Trump era, dirty laundry doesn’t matter as much as the bigger picture,” he said. “Herschel is still beloved here. He’s a folk hero. A lot of people have shown they’re willing to look the other way if someone is supporting the right policies.”

Lt. Gov. Geoff Duncan, a Republican, deadpanned that “I can’t think of a scenario where this helps him.”

But Republican consultant John Porter said it is too soon to assess the damage.

“Let’s see how it plays out in the next 48 hours,” he said. “Most persuadable voters aren’t on Twitter following Christian Walker and his penchant for drama. Let’s see if it gets greater legs.”

Buzz Brockway, a former Republican state legislator who has been critical of Trump in the past, said the crush of ads savaging Walker means such news is “already baked in the cake, so to speak,” adding: “His record of violent behavior has been known for months now. It’s also known his son doesn’t get along with him. I’m not sure this matters at all.”

But a top adviser to a statewide Republican campaign who was granted anonymity to speak freely was down on Walker’s chances.

“This just ended his campaign,” the Republican said, adding that “for every punch, there is a counterpunch.”

“They [Walker’s campaign] don’t even have that. … He’s not that type of candidate.”