The shooter who allegedly opened fire on a suburban Chicago Fourth of July parade was dressed in women’s clothing to disguise himself and aid his escape, police said Tuesday.

Robert “Bobby” E. Crimo III, 21, is accused of killing 6 innocent parade-goers and injuring at least 30 others after he allegedly climbed onto the roof of a business in the wealthy suburb of Highland Park on Monday and fired off 70 rounds from a high-powered rifle.

He then ditched the legally purchased weapon on the roof so he could blend in with the crowd as he fled during the chaos, Lake County Major Crime Task Force spokesman Christopher Covelli told a news briefing.

“Crimo was dressed in women’s clothing and investigators do believe he did this to conceal his facial tattoos and his identity,” Covelli said. 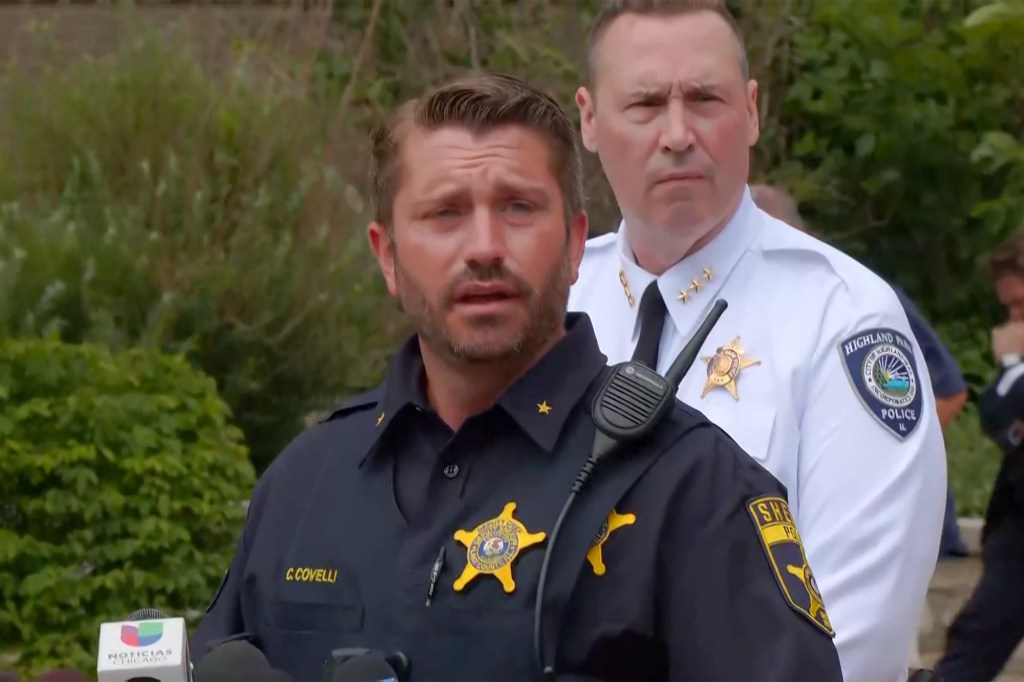 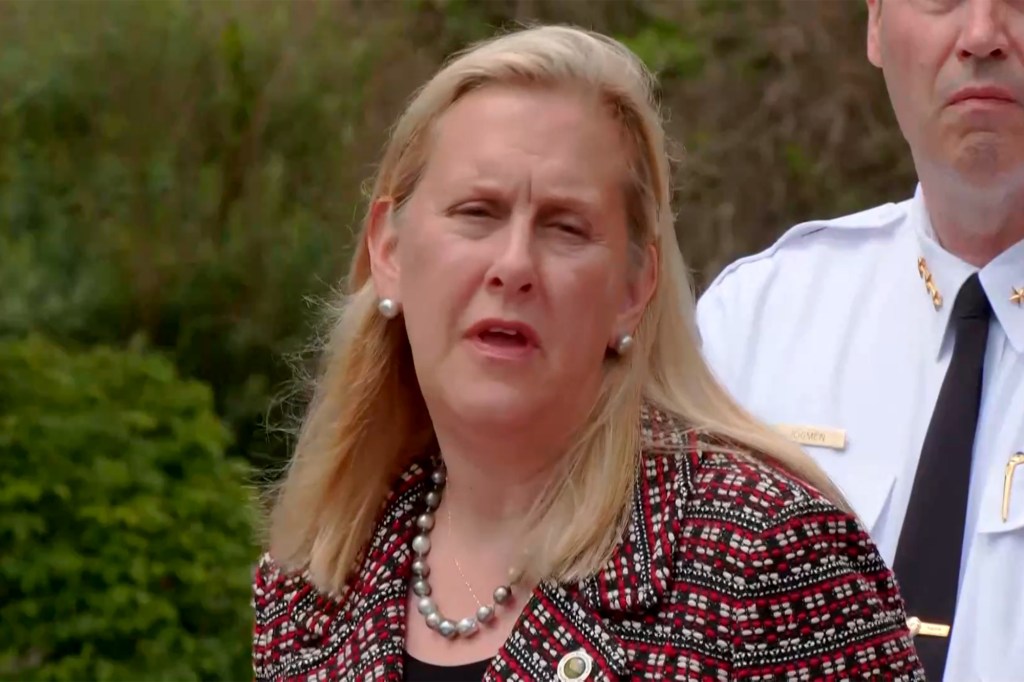 An official speaks the press conference in the aftermath of the parade shooting.
ReutersHe may have even donned a hairpiece to complete his disguise, authorities said.

“A wig is not out of the question,” Covelli said.

The twisted cover was designed to make it appear “almost as if he was an innocent spectator himself,’’ Covelli said. “He wore that in an attempt to conceal himself.’’

Crimo, an amateur rapper, remained on the loose for hours after the mass shooting but was nabbed by police Monday night.

Cops found another rifle in the suspect’s car and more firearms in his home after he was eventually taken into custody, authorities said.

Police said charges were expected to be filed against Crimo on Tuesday afternoon.

“We do believe Crimo pre-planned this attack for several weeks,” Covelli said, adding that investigators were still trying to determine a motive.

“We have no indication to suggest at this point that it was racially motivated, motivated by religion,” he said.