In a 1998 interview, Cook said she learnt that she was the baby in the illustration when her mother told her so at a young age 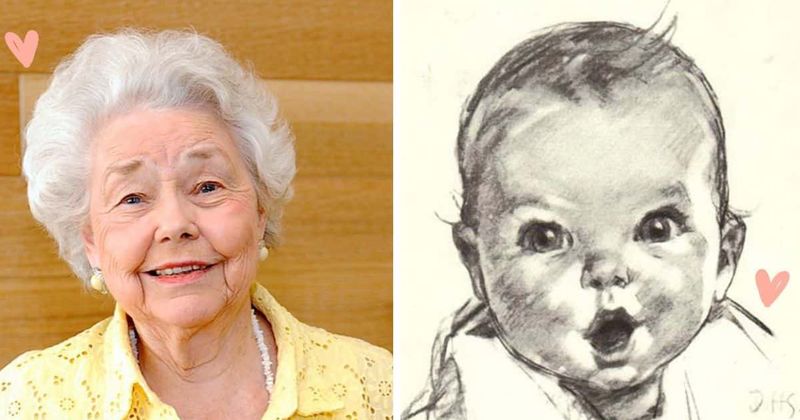 ‘If you’re going to be a symbol for something, what could be more pleasant than a symbol for baby food?’ Cook had said (gerber/Instagram)

Ann Turner Cook, the woman whose baby picture became the face of Gerber baby food over nine decades ago, has died aged 95. She died at her home in St. Petersburg, Florida, on June 3. Cook went on to become the face of Gerber after sketching of her face was submitted to the company by a neighbor, artist Dorothy Hope Smith, back in 1928 when it called for faces to represent a new advertising campaign. The company revealed her identity years later in 1978. Cook was a few months old when her sketch was submitted.

“Gerber is deeply saddened by the passing of Ann Turner Cook, the original Gerber baby, whose face was sketched to become the iconic Gerber logo more than 90 years ago,” Gerber said in a statement on Instagram. “Many years before becoming an extraordinary mother, teacher and writer, her smile and expressive curiosity captured hearts everywhere and will continue to live on as a symbol for all babies. We extend our deepest sympathies to Ann’s family and to anyone who had the pleasure of knowing her”. Cook’s cause of death has not been revealed.

Talking about Dorothy, Cook told The St. Petersburg Times in 1992, “I was really no cuter than any other baby, but she had wonderful artistic talent and was able to draw a very appealing likeness.”

Cook was the daughter of Leslie and Bethel (Burson) Turner. Leslie Turner was a syndicated cartoonist who drew the comic strip ‘Captain Easy’ for several years. Cook received a bachelor’s degree in English from Southern Methodist University and a master’s degree in English education from University of South Florida. She was also a sister in the sorority Pi Beta Phi.

Cook was a teacher at Oak Hill elementary school in Florida, and later taught at Madison Junior High School, in Tampa, Florida. She began teaching literature and creative writing at Tampa’s Hillsborough High School in 1966. She later became a novelist, known for being the author of the Brandy O’Bannon series of mystery novels. Cook was married to James Cook, a criminologist with the Hillsborough County Sheriff’s Office. He died in 2004.

In a 1998 interview, Cook told The Associated Press she learnt that she was the baby in the illustration when her mother told her so at a young age. “If you’re going to be a symbol for something, what could be more pleasant than a symbol for baby food?” Talking of the picture, she said, “All babies are appealing. The reason that drawing has been so popular is the artist captured the appeal that all babies have.”