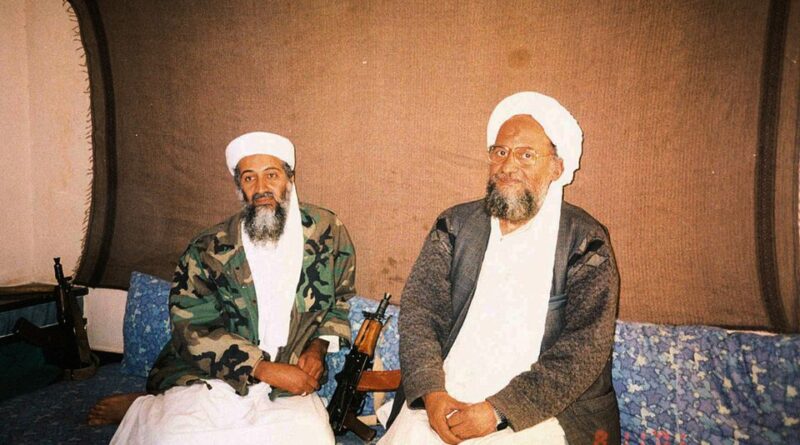 WASHINGTON, Aug 1 (Reuters) – Al Qaeda leader Ayman al-Zawahiri was killed in a U.S. strike in Afghanistan over the weekend, the biggest blow to the militant group since its founder Osama bin Laden was killed in 2011. 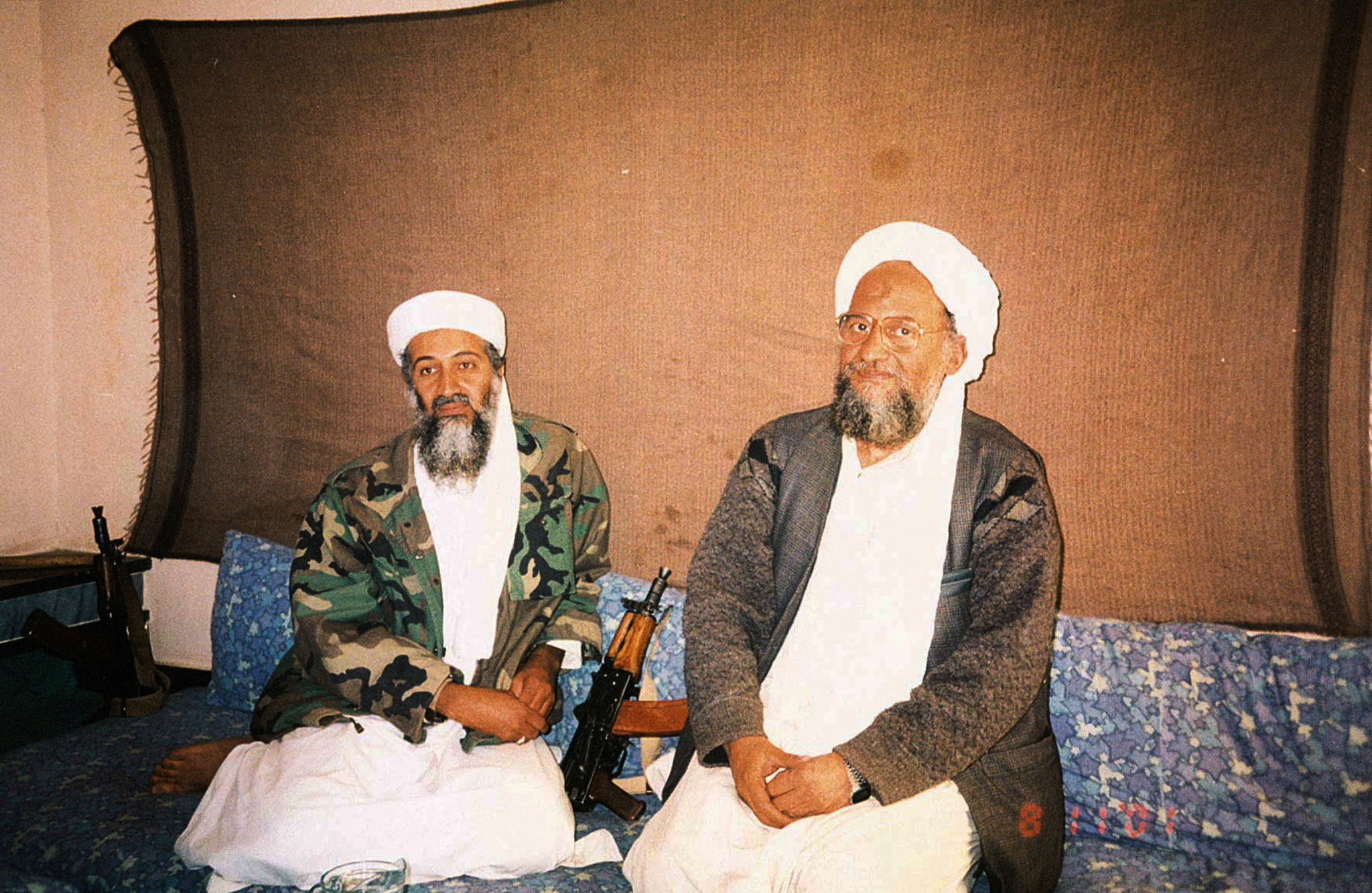 Osama bin Laden sits with his adviser Ayman al-Zawahiri, an Egyptian linked to the al Qaeda network, during an interview with Pakistani journalist Hamid Mir (not pictured) in an image supplied by Dawn newspaper November 10, 2001. Hamid Mir/Editor/Ausaf Newspaper for Daily Dawn/Handout via REUTERS/

Zawahiri had been in hiding for years and the operation to locate and kill him was the result of “careful patient and persistent” work by the counter-terrorism and intelligence community, a senior administration official told reporters. 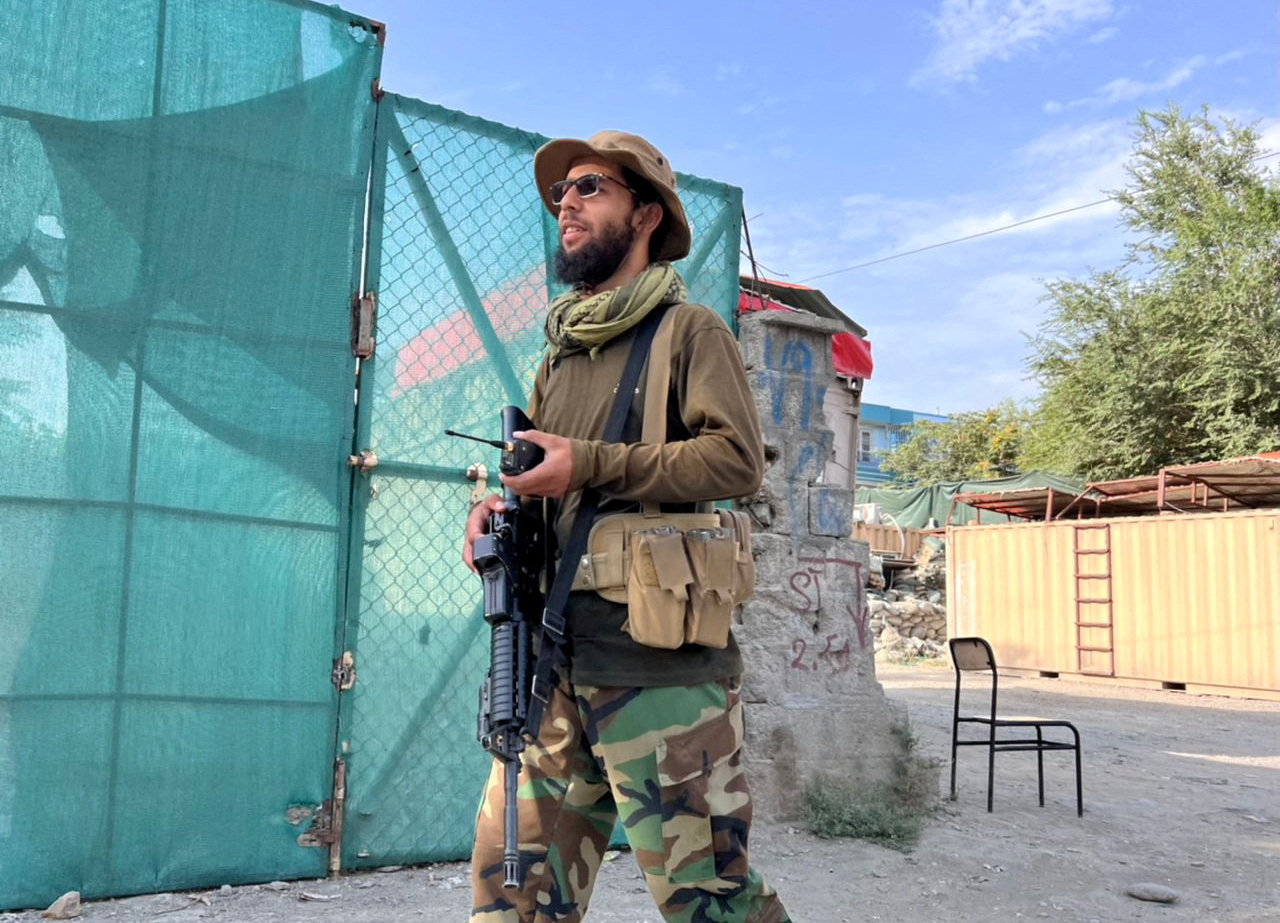 A Taliban fighter stands guard near the site where Al Qaeda leader Ayman al-Zawahiri was killed in a U.S. strike over the weekend, in Kabul, Afghanistan, August 2, 2022. REUTERS/Stringer

Until the U.S. announcement, Zawahiri had been rumored variously to be in Pakistan’s tribal area or inside Afghanistan.

Speaking on the condition of anonymity, the official provided the following details on the operation:

* For several years, the U.S. government had been aware of a network that it assessed supported Zawahiri, and over the past year, following the United States’ withdrawal from Afghanistan, officials had been watching for indications of Al Qaeda’s presence in the country. 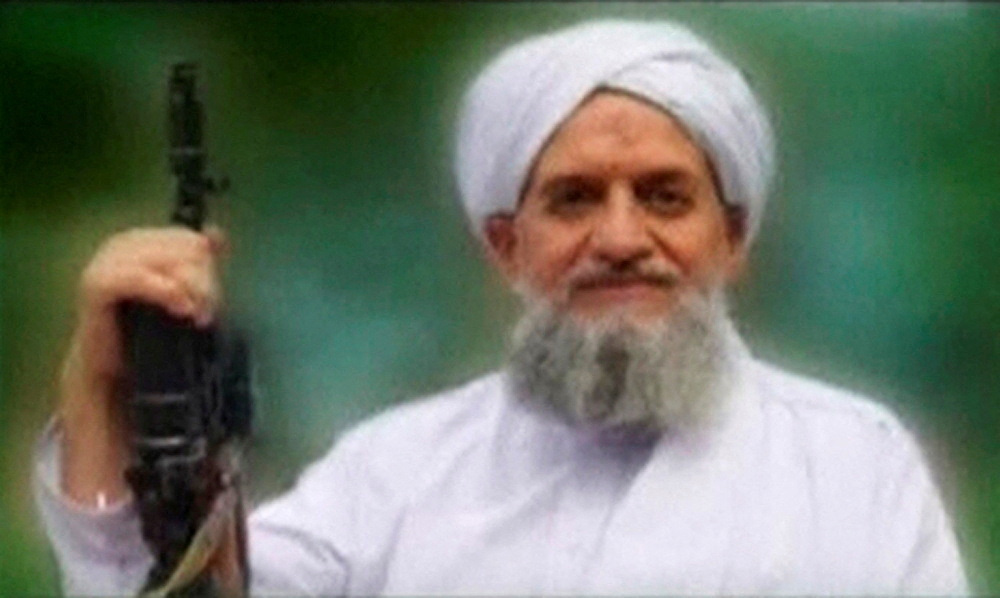 A photo of Al Qaeda’s new leader, Egyptian Ayman al-Zawahiri, is seen in this still image taken from a video released on September 12, 2011. SITE Monitoring Service/Handout via REUTERS TV/File Photo

This year, officials identified that Zawahiri’s family – his wife, his daughter and her children – had relocated to a safe house in Kabul and subsequently identified Zawahiri at the same location. 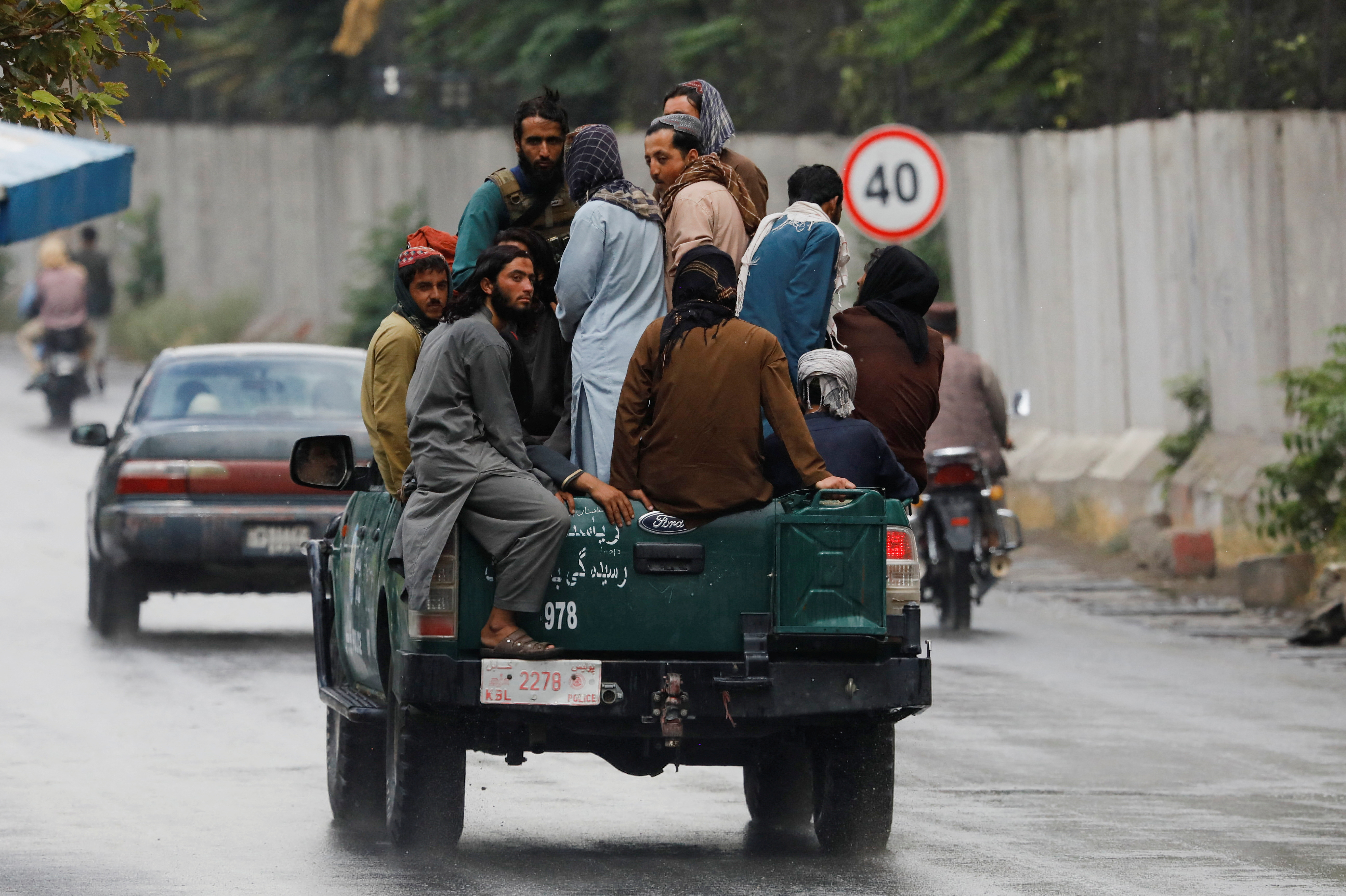 Taliban fighters drive a car on a street following the killing of Al Qaeda leader Ayman al-Zawahiri in a U.S. strike over the weekend, in Kabul, Afghanistan, August 2, 2022. REUTERS/Ali Khara

“We were able to build a pattern of life through multiple independent sources of information to inform the operation,” the official said.

Once Zawahiri arrived at the Kabul safe house, officials were not aware of him leaving it and they identified him on its balcony – where he was ultimately struck – on multiple occasions, the official said.

* Officials investigated the construction and nature of the safe house and scrutinized its occupants to ensure the United States could confidently conduct an operation to kill Zawahiri without threatening the structural integrity of the building and minimizing the risk to civilians and Zawahiri’s family, the official said.

* In recent weeks, the president convened meetings with key advisors and Cabinet members to scrutinize the intelligence and evaluate the best course of action. On July 1, Biden was briefed on a proposed operation in the White House Situation Room by members of his cabinet including CIA Director William Burns 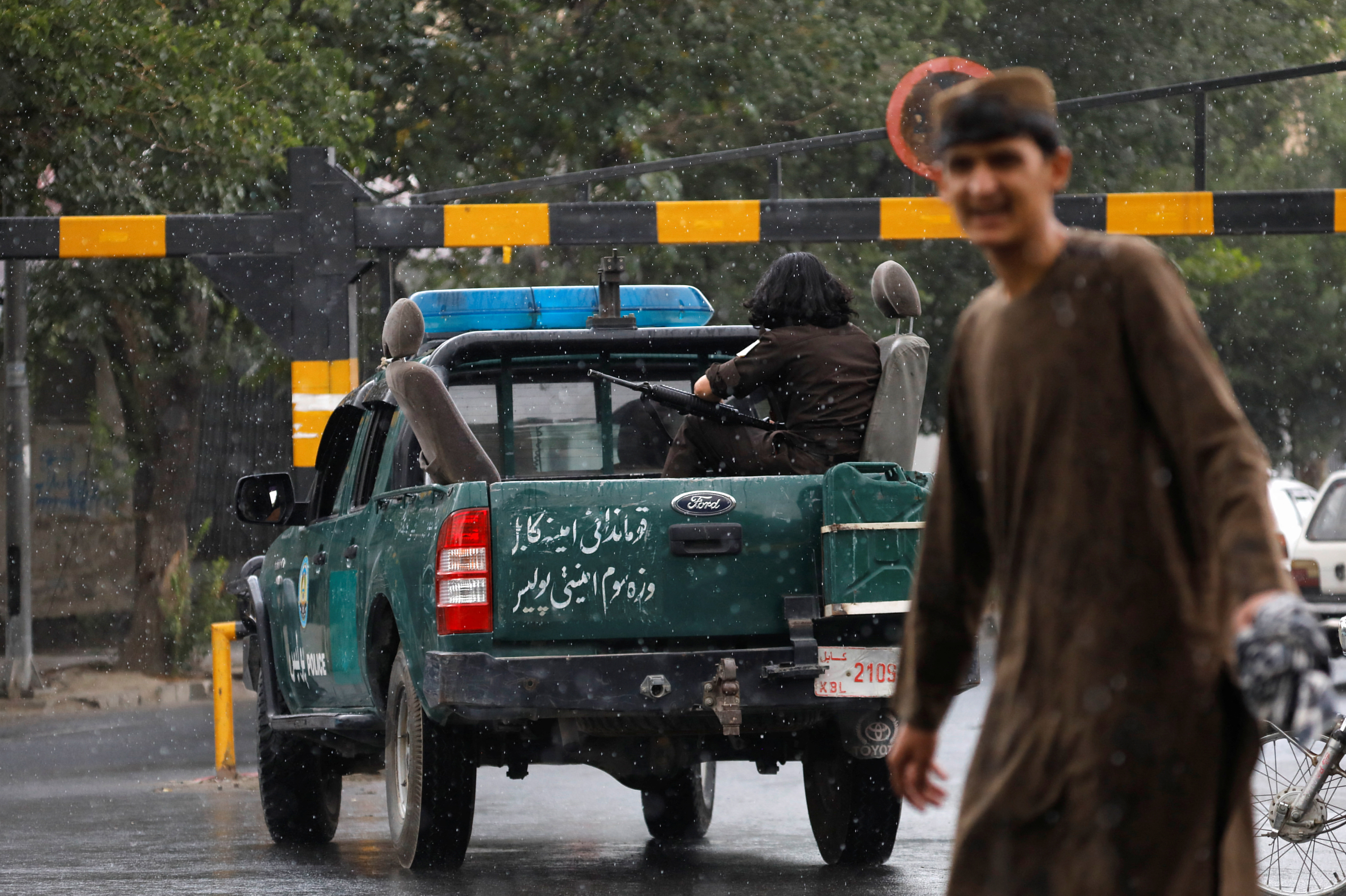 Taliban fighters drive a car on a street following the killing of Al Qaeda leader Ayman al-Zawahiri in a U.S. strike over the weekend, in Kabul, Afghanistan, August 2, 2022. REUTERS/Ali Khara

Biden “asked detailed questions about what we knew and how we knew it” and closely examined a model of the safe house the intelligence community had built and brought to the meeting.

He asked about lighting, weather, construction materials, and other factors that could affect the success of the operation, the official said. The president also requested analysis of the potential ramifications of a strike in Kabul.

* A tight circle of senior inter-agency lawyers examined the intelligence reporting and confirmed that Zawahiri was a lawful target based on his continuing leadership of Al Qaeda.

On July 25, the president convened his key Cabinet members and advisors to receive a final briefing and discuss how killing Zawahiri would affect America’s relationship with the Taliban, among other issues, the official said. After soliciting views from others in the room, Biden authorized “a precise tailored air strike” on the condition that it minimize the risk of civilian casualties.