During his time in power, Mr Jiang continued Mr Deng Xiaoping’s policy of economic reforms and opening up, and had overseen China’s accession to the World Trade Organisation.He also oversaw the peaceful handover of Hong Kong and Macau to China from Britain and Portugal. 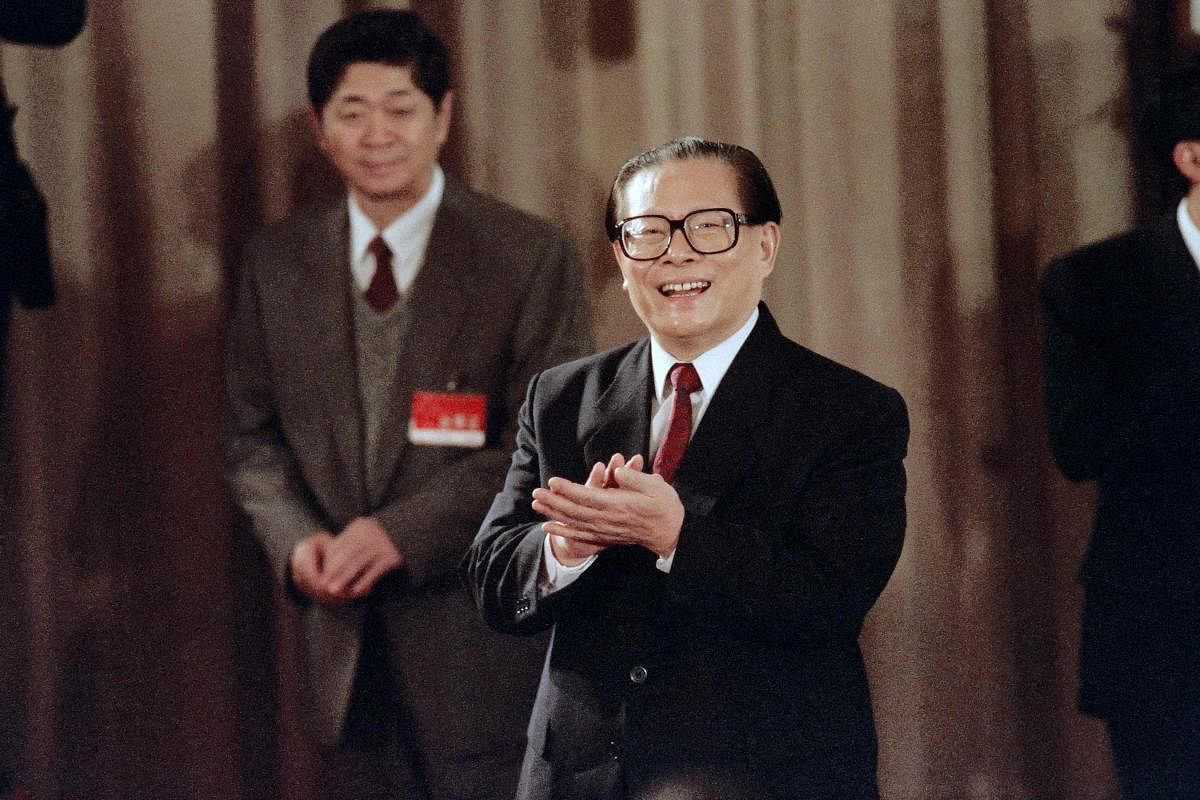 In this file photo taken on October 19, 1992, General Secretary of the Chinese Communist Party Jiang Zemin applauds in Beijing during a press unveiling to introduce new members to the standing committee of the poliburo. – China’s former leader Jiang Zemin, who steered the country through a transformational era from the late 1980s and into the new millennium. AFP 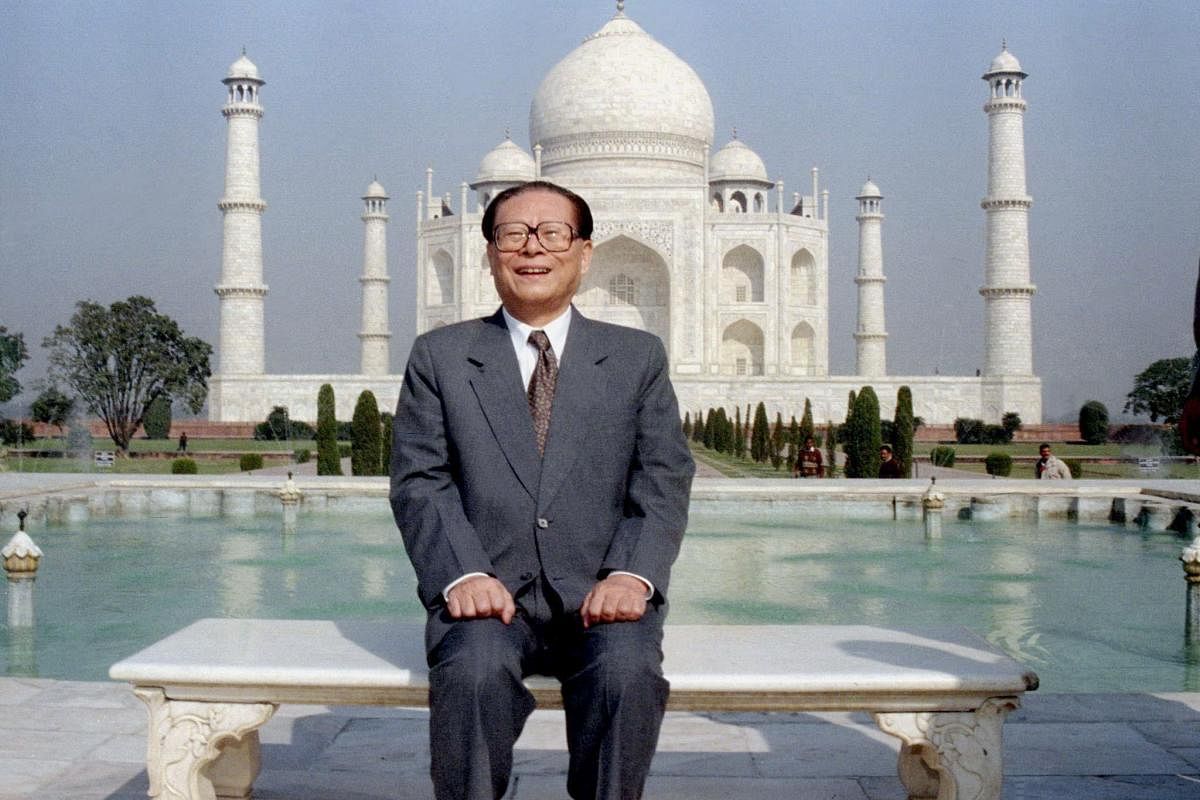 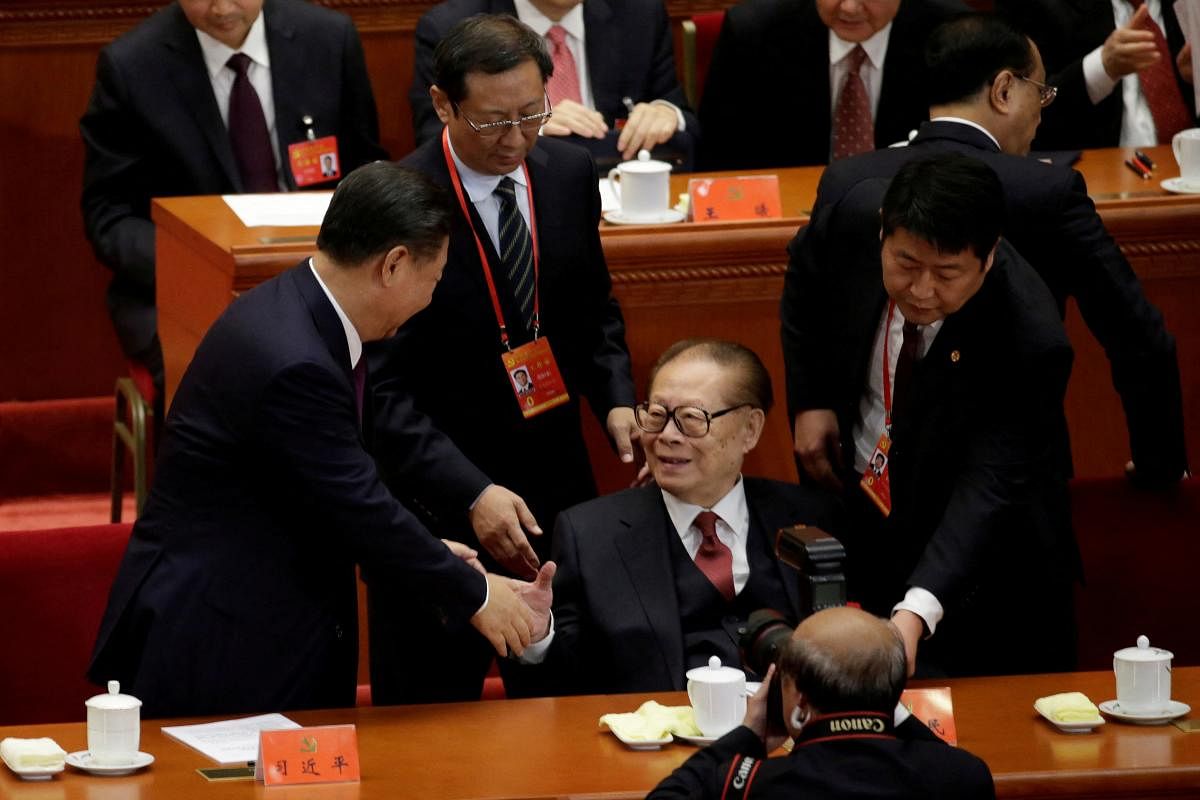 Chinese President Xi Jinping shakes hands with former Chinese President Jiang Zemin after the opening of the 19th National Congress of the Communist Party of China at the Great Hall of the People in Beijing, China October 18, 2017. REUTERS 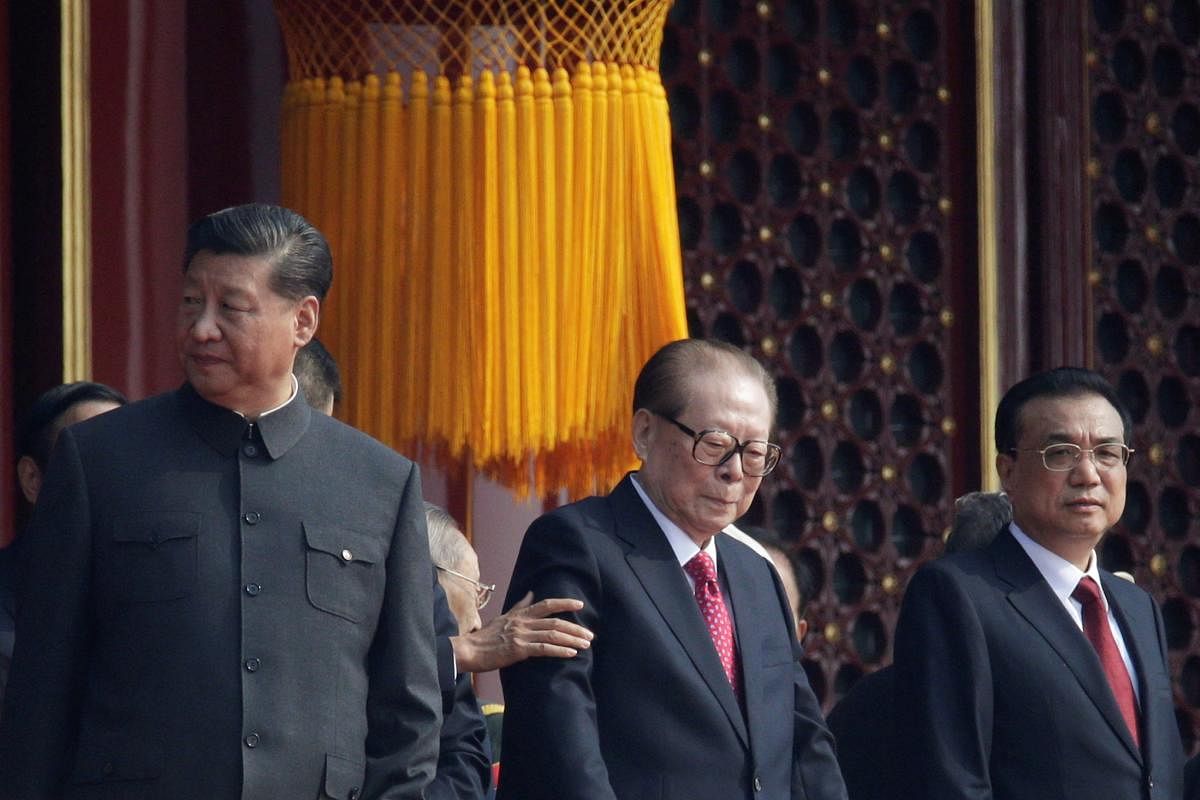 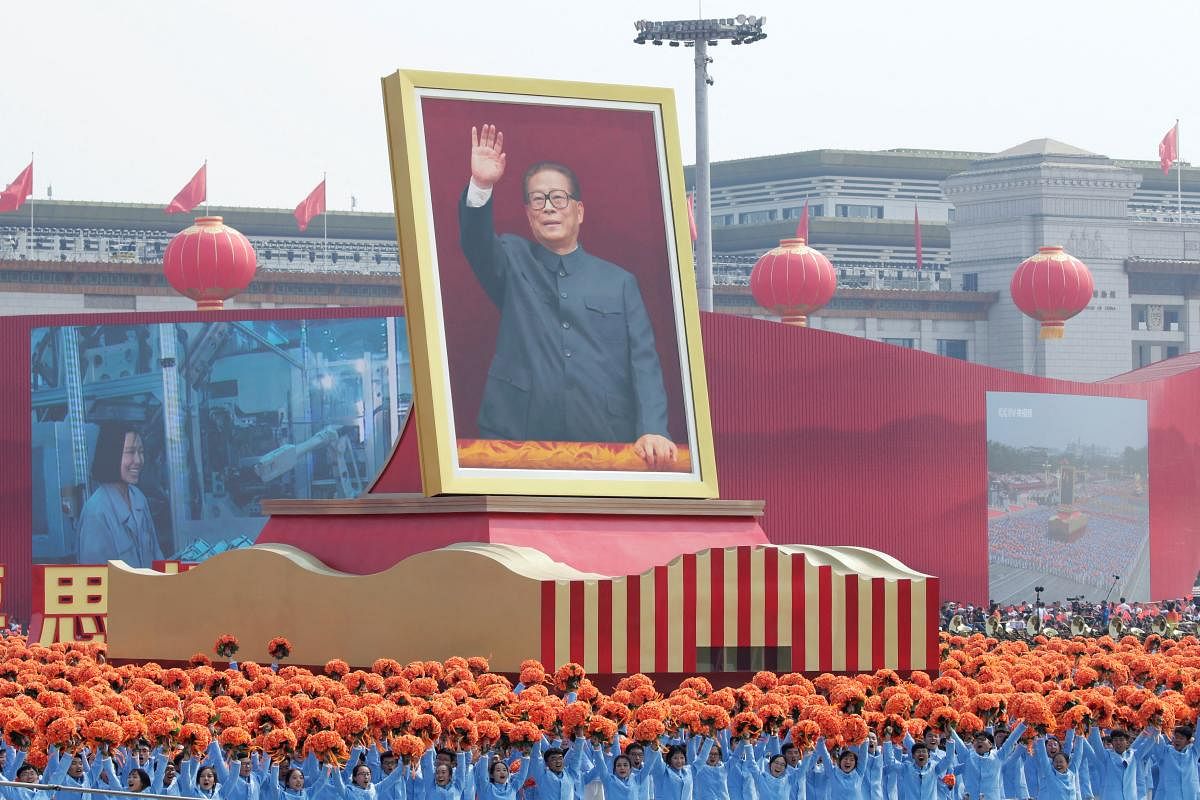 Performers travel past Tiananmen Square next to a float showing former Chinese president Jiang Zemin during the parade marking the 70th founding anniversary of People’s Republic of China, on its National Day in Beijing, China October 1, 2019. REUTERS 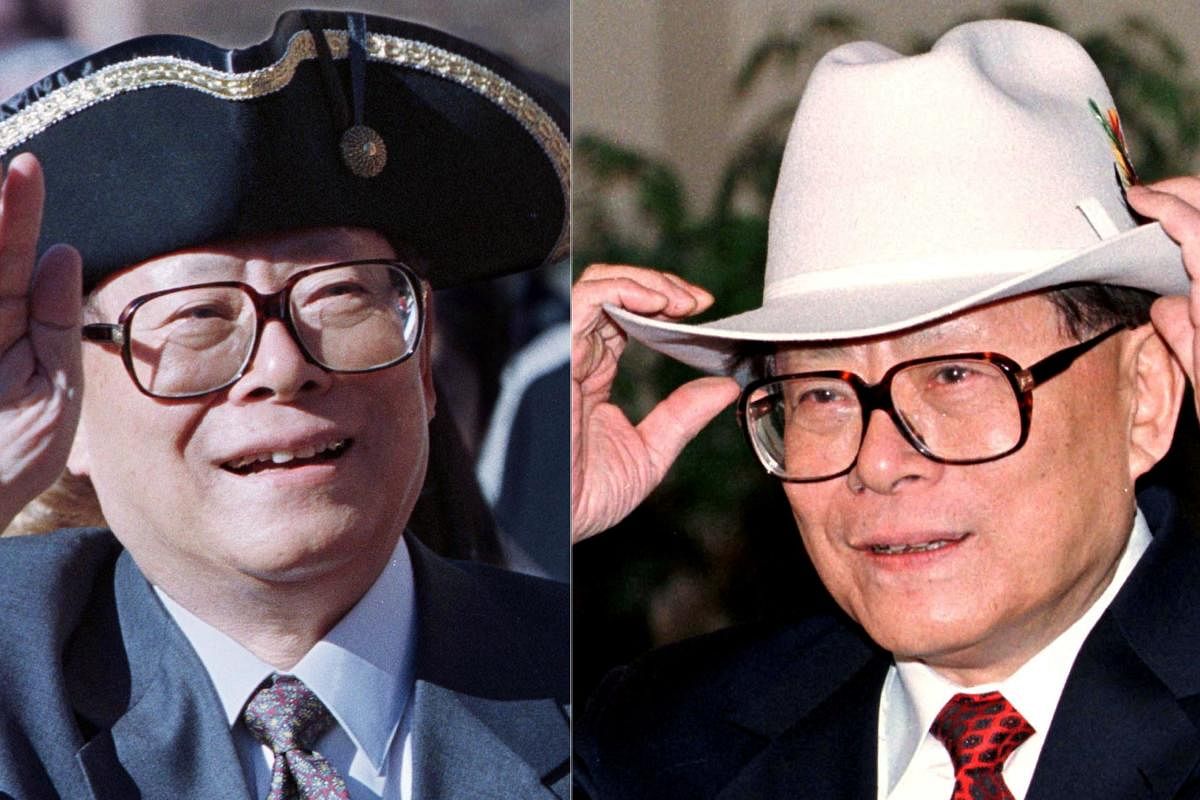 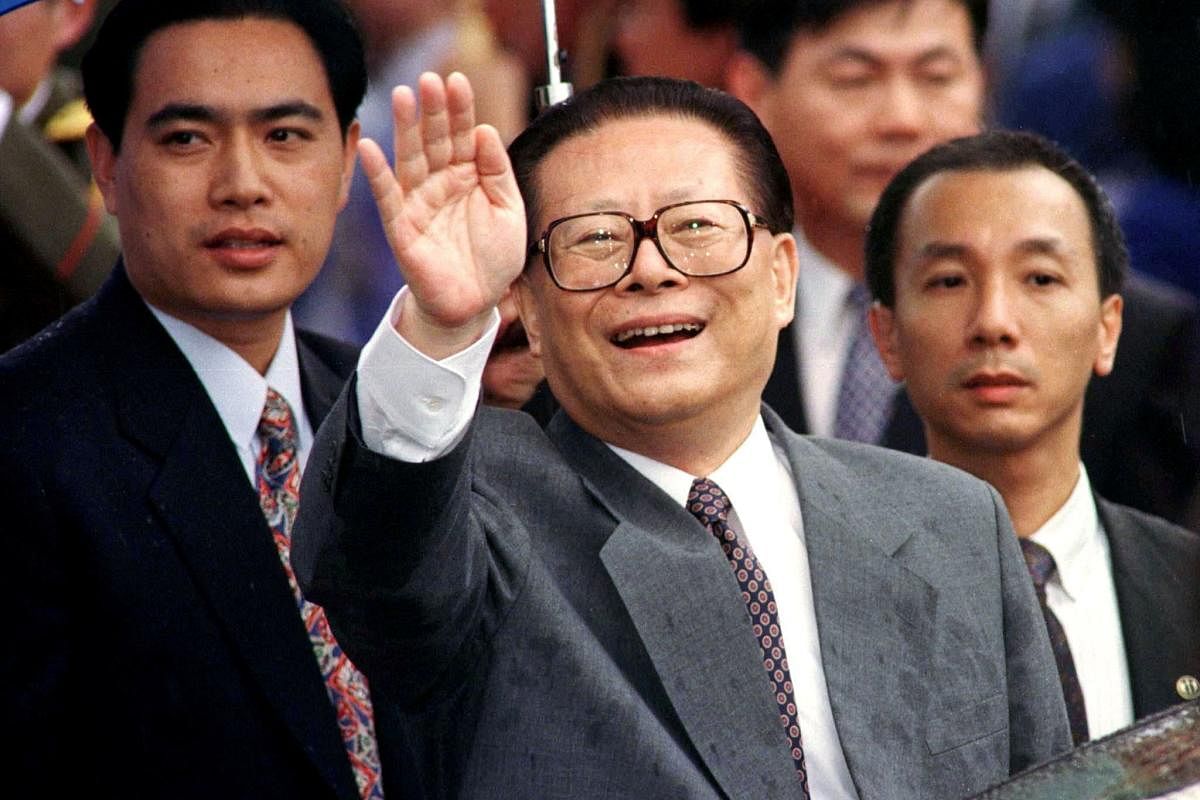 Chinese President Jiang Zemin smiles through the rain and waves to a crowd upon his arrival in Hong Kong June 30, 1997. REUTERS 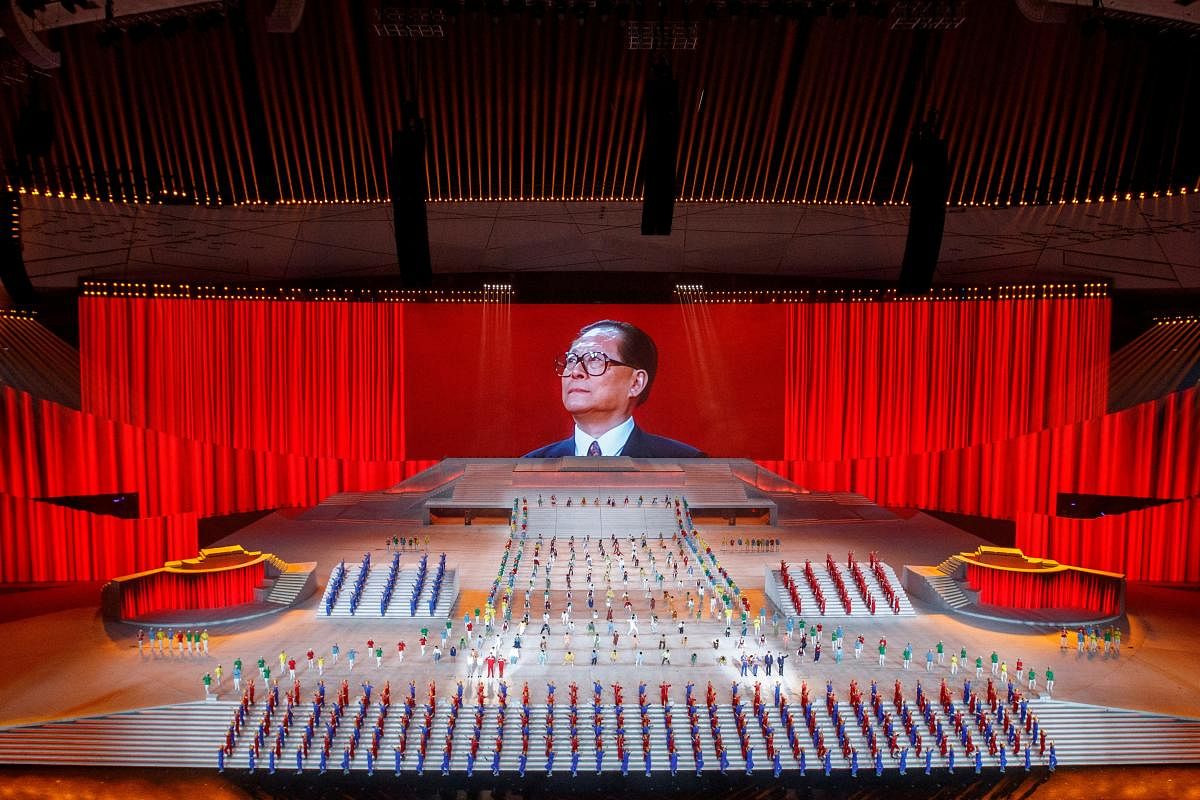 A screen shows former Chinese leader Jiang Zemin during a show commemorating the 100th anniversary of the founding of the Communist Party of China at the National Stadium in Beijing, China June 28, 2021. REUTERS 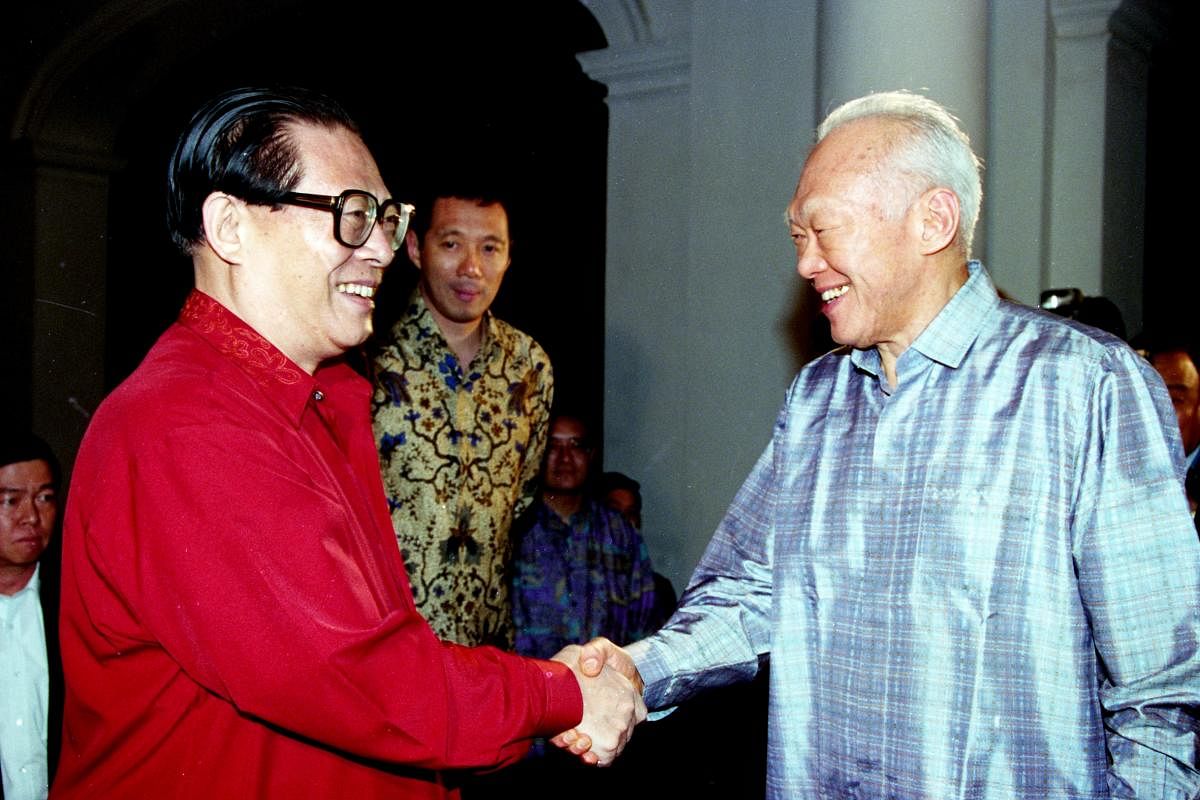 The President of the People’s Republic of China, Jiang Zemin meeting Senior Minister Lee Kuan Yew, who hosted a dinner for the Chinese leader at the Istana. Looking on is BG Lee Hsien Loong, the Minister-in Attendance. Lianhe Zaobao 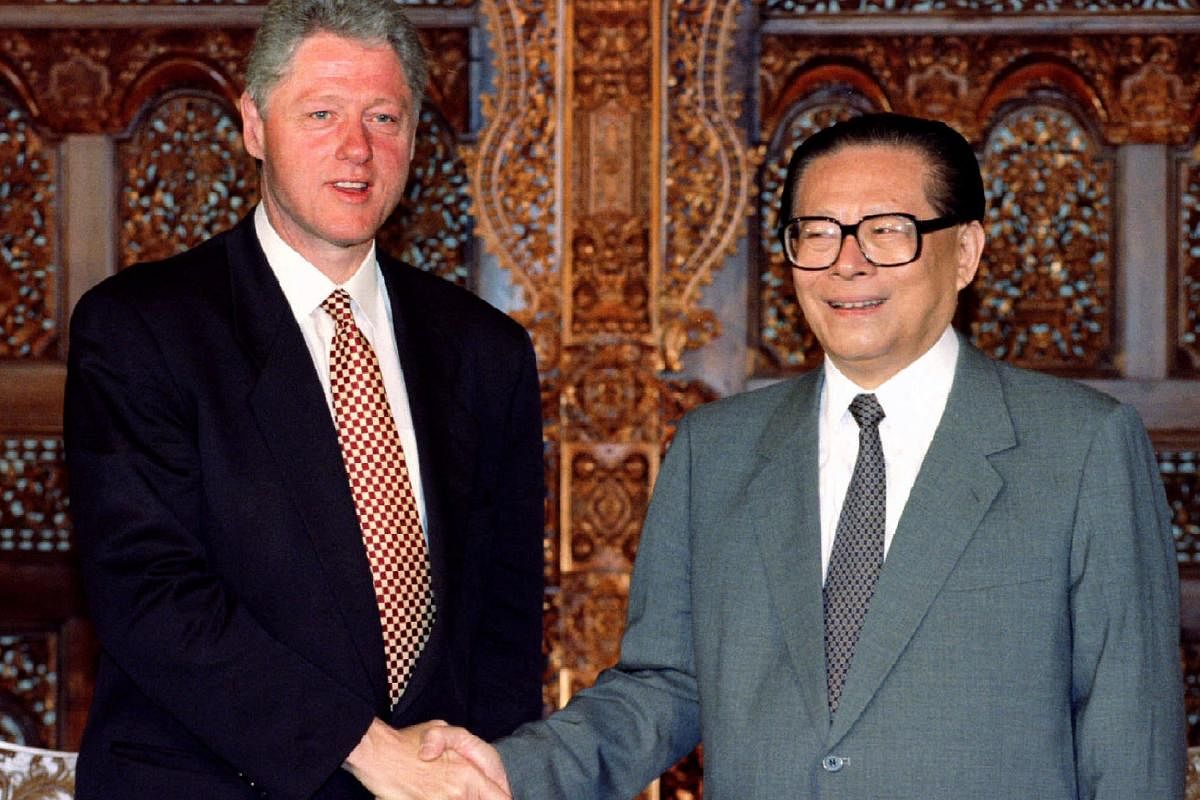 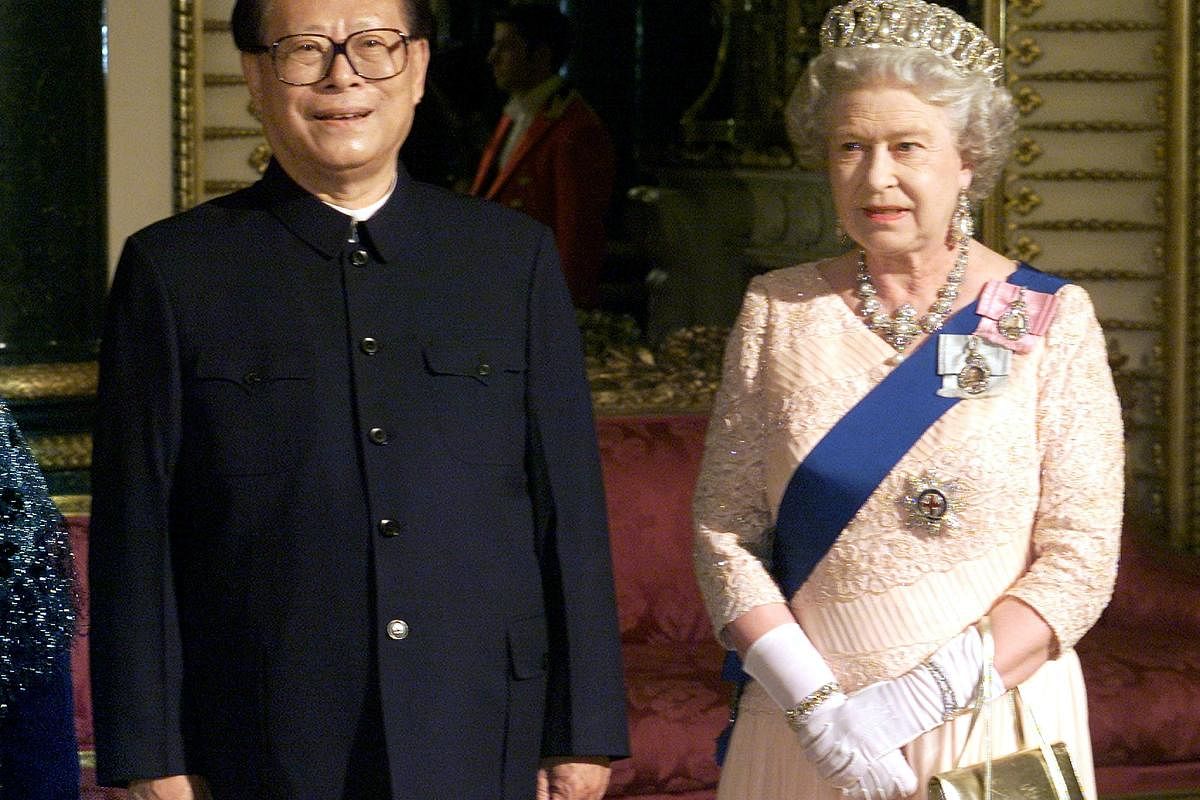 Chinese President Jiang Zemin and Queen Elizabeth II pose for a photograph in the Music Room prior to a state banquet at Buckingham Palace, London, Britain, October 19, 1999. REUTERS 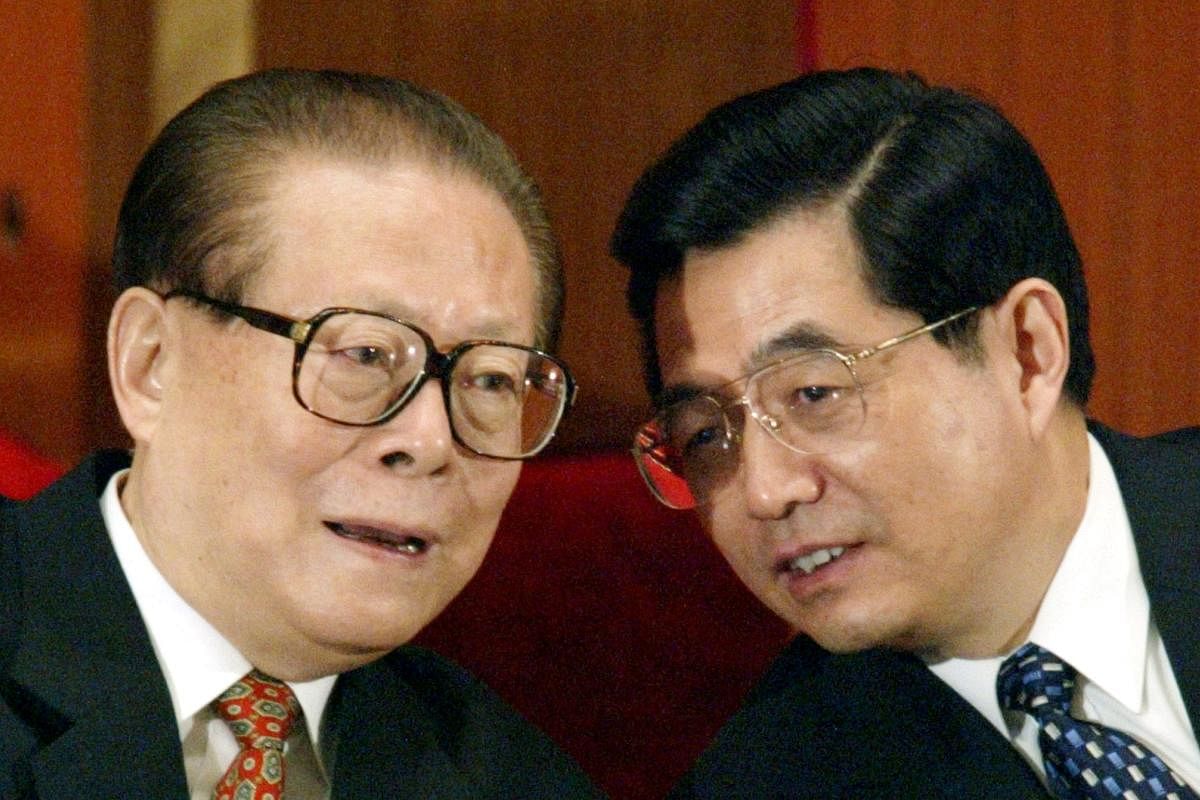 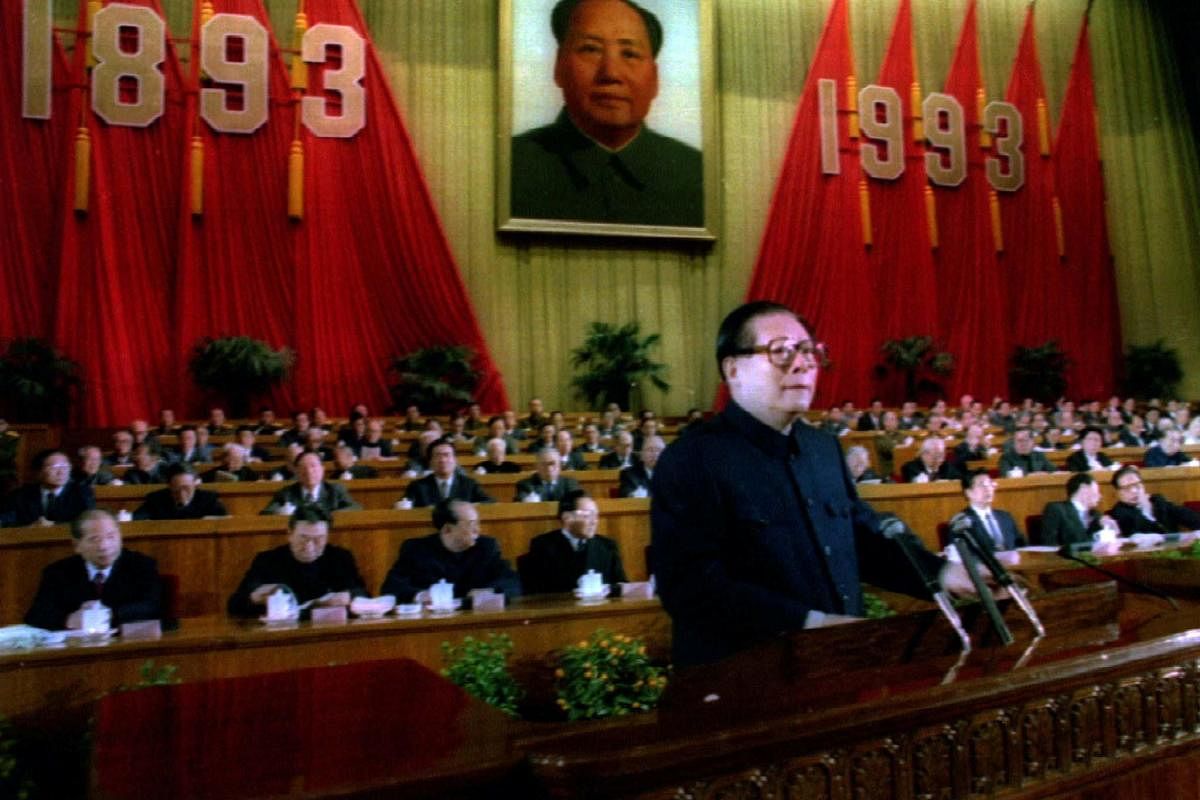 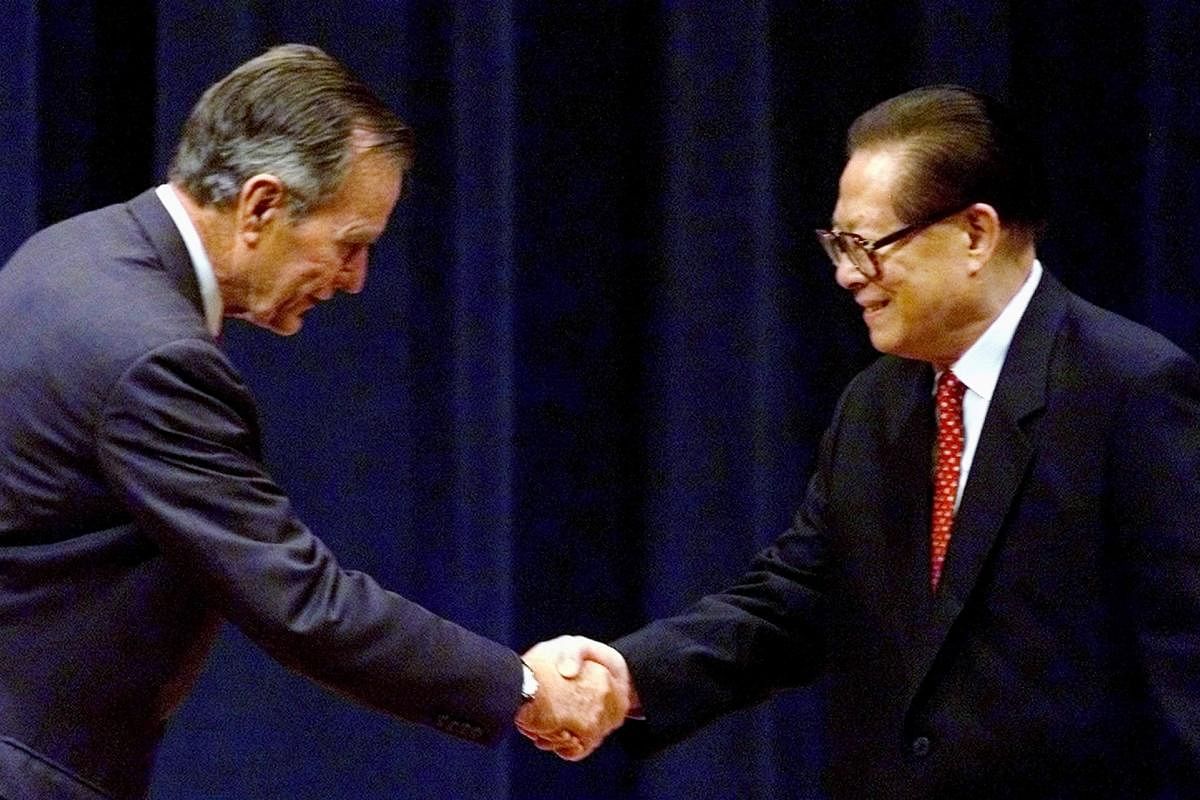 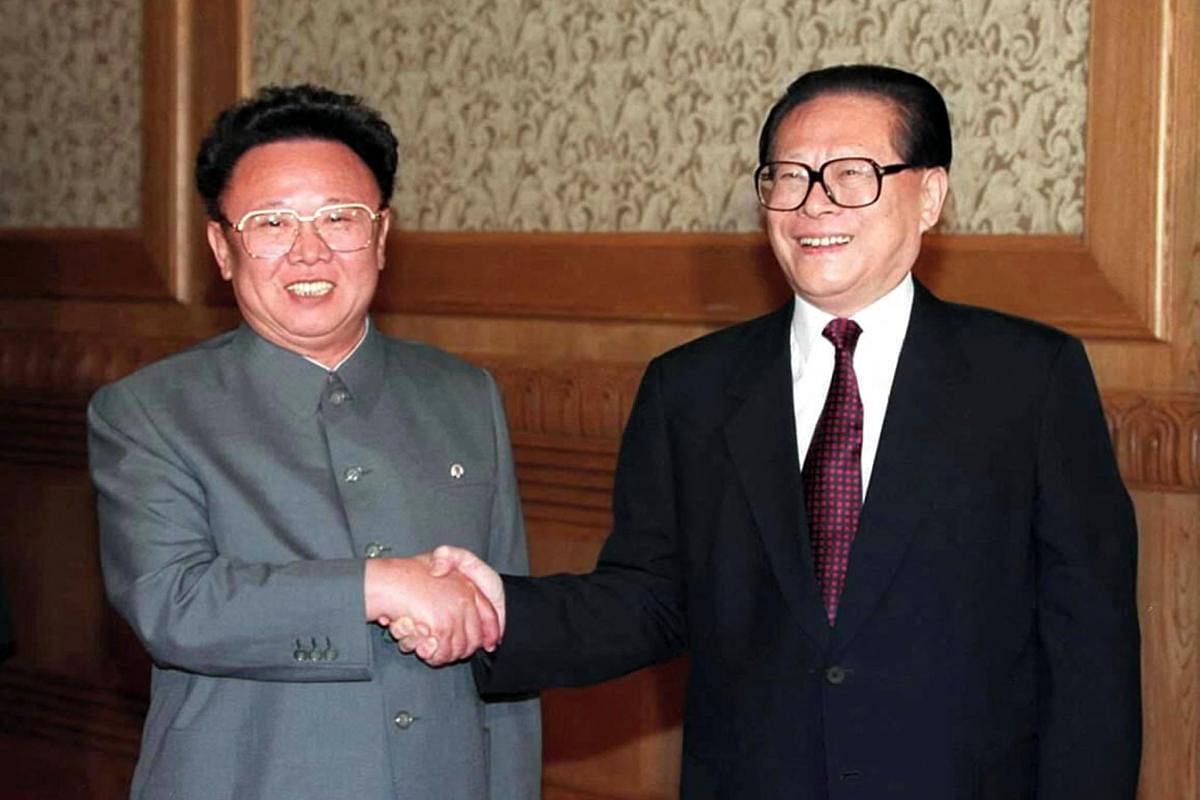 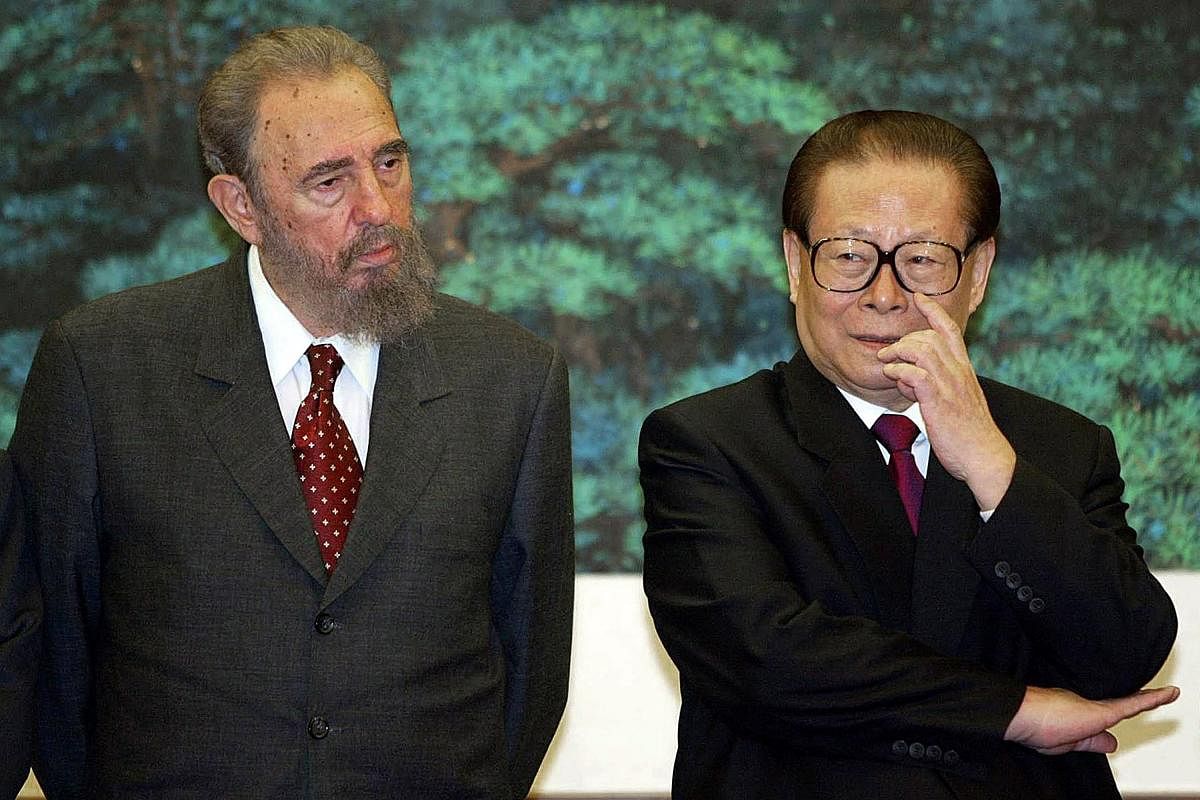 This file photo taken on February 27, 2003 shows Chinese President Jiang Zemin (R) looking on with visiting Cuban President Fidel Castro during a signing ceremony at the Great Hall of the People in Beijing. AFP