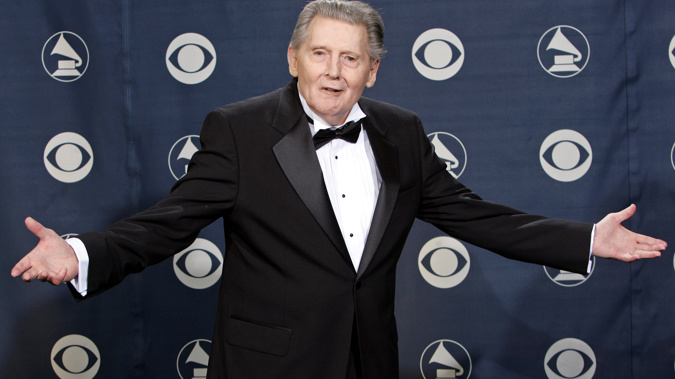 Seven marriages, scandal over a child bride and a messy arrest outside Elvis Presley’s compound … it’s safe to say Jerry Lee Lewis’ life in the spotlight was marred by controversy. The US rocker and talented pianist, who died at his home in Mississippi on Friday aged 87, hit stardom in the 1950s with his hit songs Great Balls of Fire and Whole Lotta Shakin’ Goin’ On.

Lewis’ agent Zach Farnum said he had died of natural causes and was “perhaps the last true, great icon of the birth of rock’n’roll”.

“He was there at the beginning, with Elvis [Presley], Johnny Cash, Chuck Berry, Little Richard, Carl Perkins, Fats Domino, Buddy Holly, and the rest, and watched them fade away one by one til it was him alone to bear witness, and sing of the birth of rock’n’roll,” Farnum added in a statement per BBC.

But shortly after his rise to global success in the late ‘50s, Lewis’ reputation took an almost irreparable dive when his third marriage to his 13-year-old cousin hit the headlines.

In 1958, Lewis arrived in the UK for his British tour with his new wife, who at the time was unknown to the public. Presley had just enlisted in the army, paving the way for Lewis, then aged 22, to lead the charge in the world of rock’n’roll.

A reporter awaited his arrival at Heathrow Airport, and asked the young girl by Lewis’ side, “Who are you?”

Within days, Lewis’ UK tour had been scrapped and radio stations pulled his hit songs as newspapers splashed with the scandalous story of his child bride. American rock and roll singer Jerry Lee Lewis with his third wife Myra who he married at age 13. Photo by Daily Herald/Mirrorpix/Mirrorpix via Getty Images

By 1970, the couple, who welcomed two children during their marriage, had split. Brown filed for divorce on the grounds of adultery and abuse, alleging that she had been “subject to every type of physical and mental abuse imaginable”.

In a rare interview with The Guardian in 2014, Brown suggested she regretted their union.

“Okay, if you say to me now, ‘There’s a 13-year-old girl over here who wants to get married’, I would say ‘God, please do not do that, little girl. Go to college, get an education, then figure it out’,” Brown, then aged 70, said.

“But it was a different world, things have changed so drastically. Options, mindsets – this world has gone so fast the last 50 years that you can’t keep up with it.”

Lewis would go on to marry a further four times.

He managed to reboot his career in the late ‘60s after making the switch to country music, where he experienced chart-topping success again with songs including Another Place, Another Time, To Make Love Sweeter for You and There Must Be More to Love Than This. 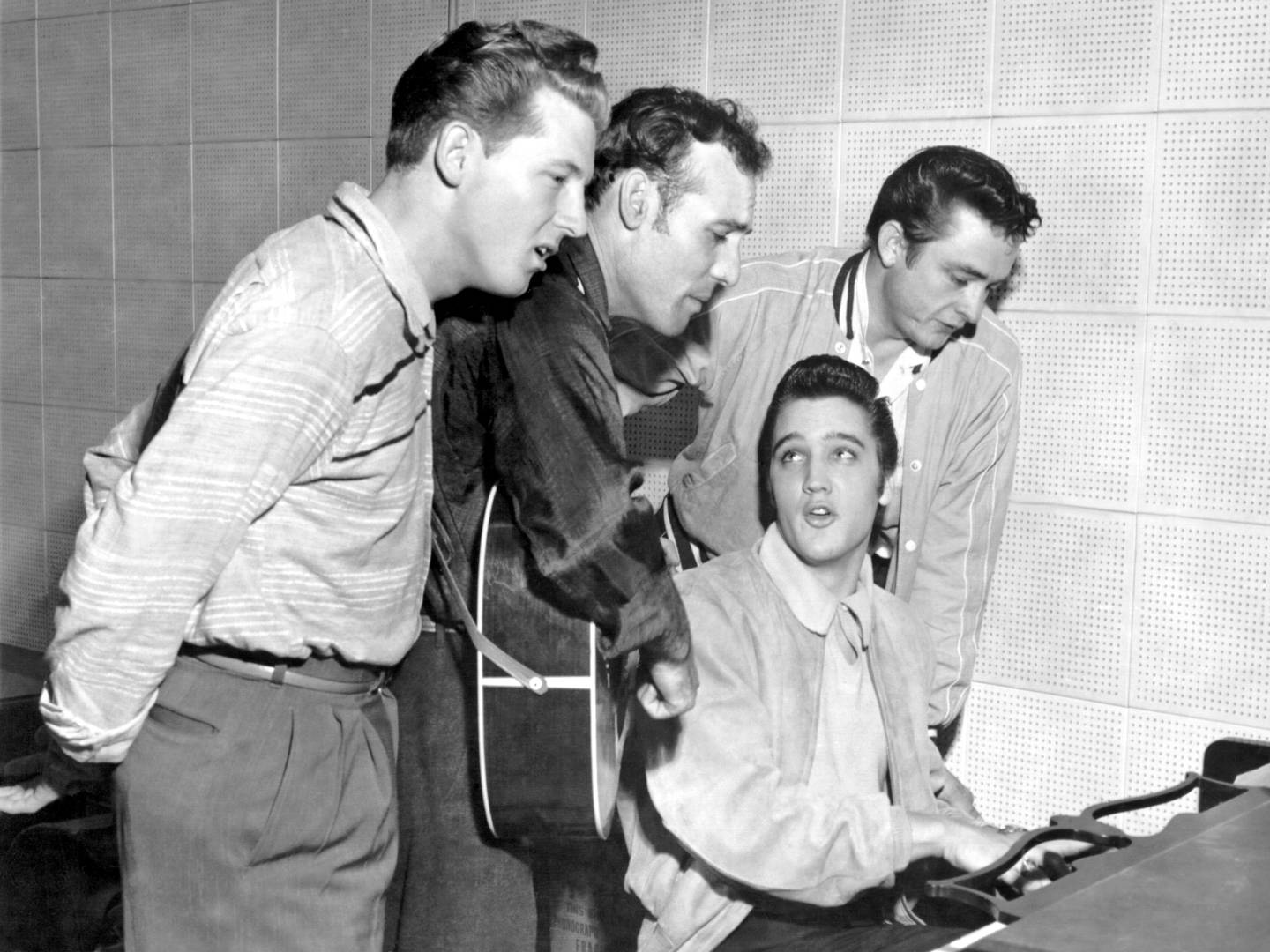 In late 1976, Lewis was arrested outside Presley’s Graceland compound in Memphis with a loaded pistol.

Lewis had been drinking at a local nightclub when he drove to Graceland and accidentally smashed into the gates, much to the shock of Presley’s cousin Harold Lloyd, who was manning the property.

“Come out, and we’ll soon find out who’s King,” Lewis is reported to have said.

Despite Presley and Lewis being friends at the time, the then-reclusive Presley instructed his guards to call the police, who later found a gun in Lewis’ car and proceeded to arrest him.

The bizarre incident was later explained by Lewis in writer Rick Bragg’s 2014 authorised biography, Jerry Lee Lewis: His Own Story.

“The cops asked Elvis, ‘What do you want us to do? And Elvis told ‘em, ‘lock him up’. That hurt my feelings. To be scared of me — knowin’ me the way he did — was ridiculous,” Lewis said in the book.

Lewis was charged with carrying a pistol and public drunkenness. 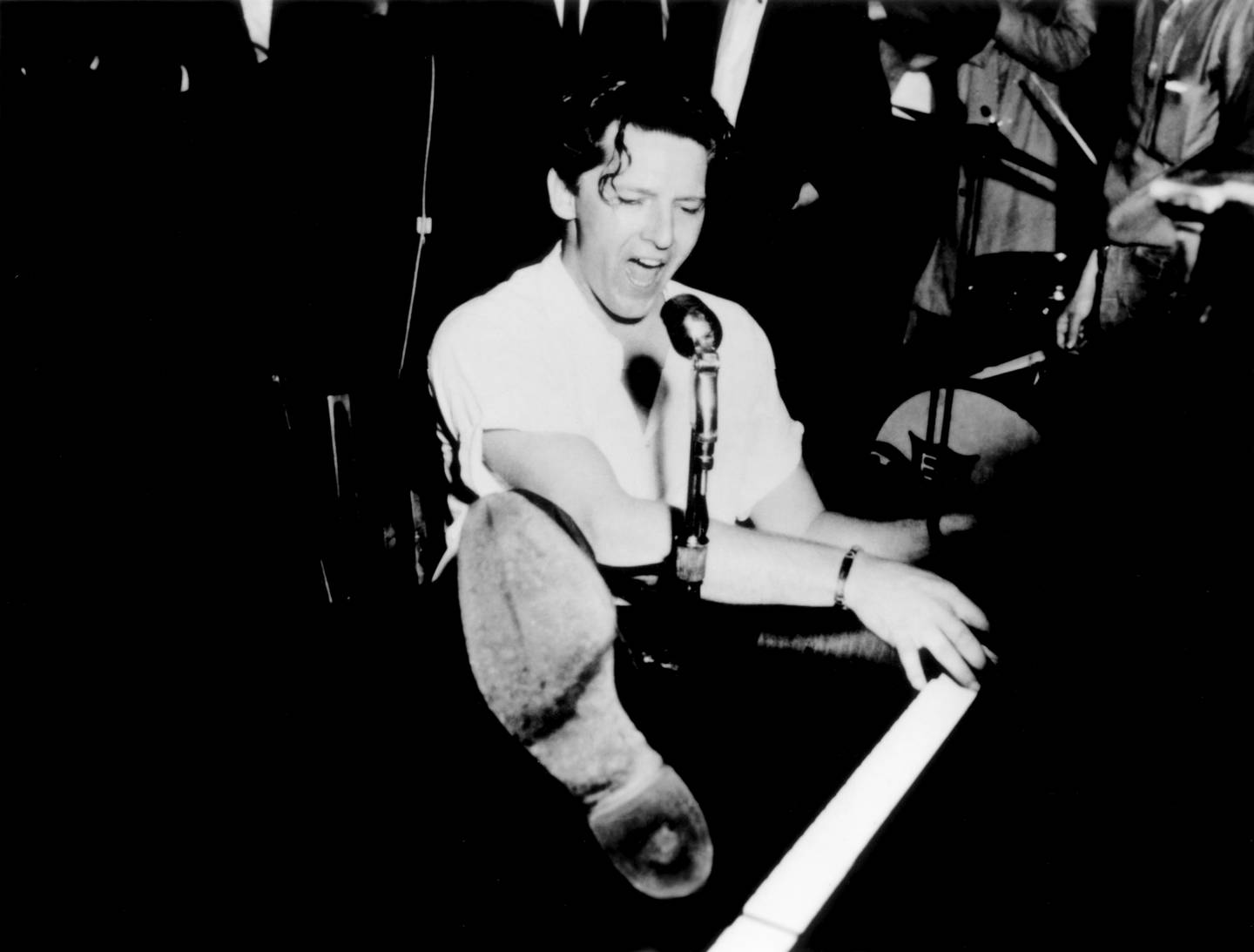 It wasn’t until the late ‘80s when Lewis would find commercial success again.

The four-time Grammy Award winner was inducted into the Rock & Roll Hall of Fame at its inaugural event in 1986, and the 1989 movie Great Balls of Fire! – starring Dennis Quaid, Winona Ryder and Alec Baldwin – bolstered him into the spotlight yet again, the movie based on Brown’s book about their lives together.

In more recent years, his 2006 album Last Man Standing was his best-selling release, while his 2010 album Mean Old Man became another top seller.

This year, he was finally inducted into the Country Music Hall of Fame.

In his final days, his wife Judith said he “was not afraid” of dying.

He is survived by four children.